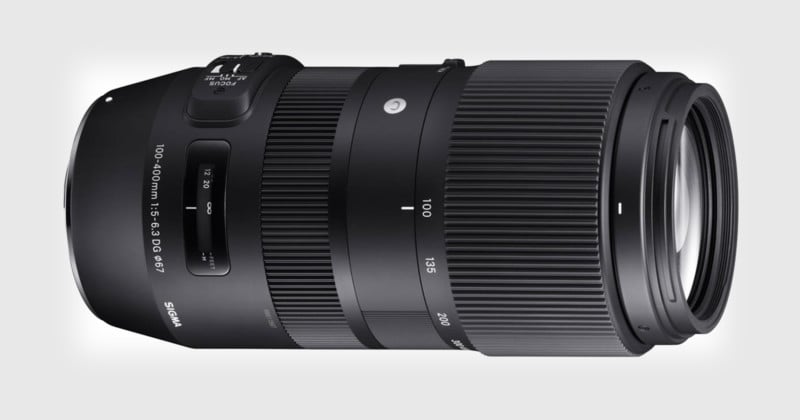 Sigma is preparing to release a 100-400mm f/5-6.3 ‘DG DN OS’ lens designed specifically for full-frame mirrorless systems like the Sony E- and Panasonic L-Mounts in the very near future. And if the latest rumors are to be trusted, this lens will be extremely affordable (relatively speaking).

News of the upcoming lens comes from the ever-reliable Nokishita, who posted about it earlier this week in a tweet:

That’s all we got from Nokishita, but earlier today, Sony Alpha Rumors shared a few more details about the soon-to-be announced lens. According to the rumor site, the lens will be lighter and smaller than Sony’s slightly faster 100-400mm f/4.5-5.6 G Master lens, it will feature a linear focusing motor, and it will cost “around $1,000.”

This last number is the most intriguing detail, since it so aggressively undercuts Sony’s own GM lens, which will run you a cool $2,500 as of this writing. It does, however, line up with Sigma’s current 100-400mm DSLR lens (pictured above), which is also stabilized and costs only $800.

No word yet on when these rumors will be confirmed, but based on Nokishita’s record of “announcing” gear about one or two weeks before the official debut, we probably won’t have to wait long to see what the camera and lens maker has in store.

UPDATE 6/12/20: Nokishita has just leaked a product photo of the upcoming lens, as well as a 1.4x and a 2x teleconverter that Sigma has been working on for the L-mount. Scroll down to see for yourself: Diffraction Explained: Why Your Lens is Worse at f/22 than f/8