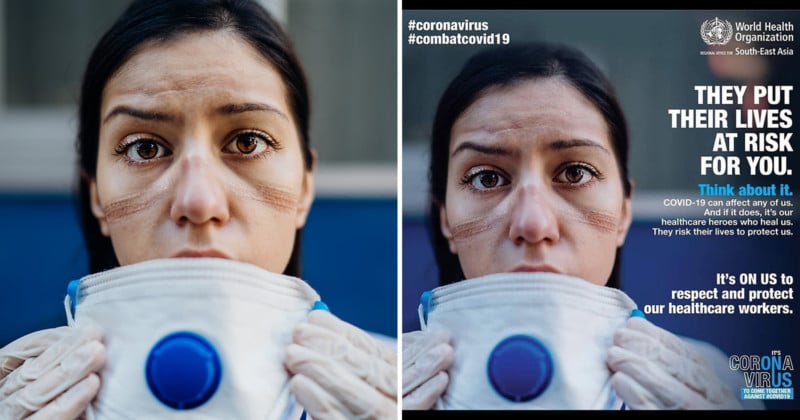 About a month ago, photographer Eldar Nurkovic took a spur-of-the-moment portrait of his girlfriend—a pharmacist-in-training—in the middle of the street. That photo, showing the imprints of her mask and fear in her eyes at the impending outbreak, is now the face of an international awareness campaign by the World Health Organization.


Nurkovic recently reached out to us to share this story. To share how the photo came to be, and what it feels like to watch one of your images spread across the entire world for a good cause.

“Like everybody else, I tried my best to adapt to this worldwide pandemic. I self-isolated and worked from home, but also wanted to capture this ongoing situation,” he tells PetaPixel. “About a month ago, I made a photograph that I knew was special from the moment I saw it in the camera.”

“I photographed my girlfriend, a soon to be pharmacist, who was very panicked by the whole outbreak and didn’t take her mask of whenever she went outside,” continues Nurkovic. “Just before the outbreak, she was pursuing an internship and she wore the mask for the whole day. At the end of the day, she took the mask off for a second, which revealed imprints on her face. I could see the fear in her eyes. I that moment, in the middle of the street, I made that portrait.” 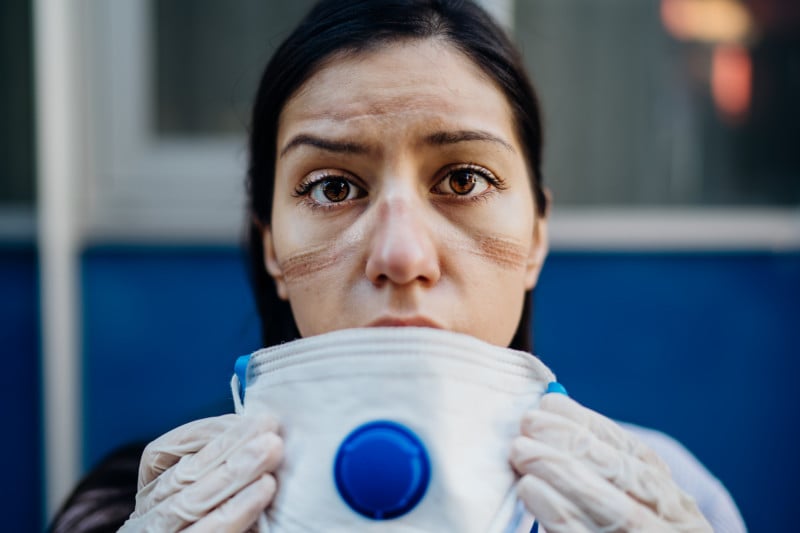 Nurkovic is a stock photo contributor for Getty Images and other services, so he published the photo to his portfolio, hoping that it might be useful to anybody who wanted to create content to support front line workers.

But even he couldn’t have predicted how far it would go.

“Not long after, the photograph was picked up by the World Health Organization for their campaign to raise awareness and help healthcare workers during COVID-19,” says Nurkovic. “After that, we realized not only WHO was using the photo, but also Public Service International, European Institute for Gender Equality, the Canadian fund ‘A Dollar a Day,’ and more!” 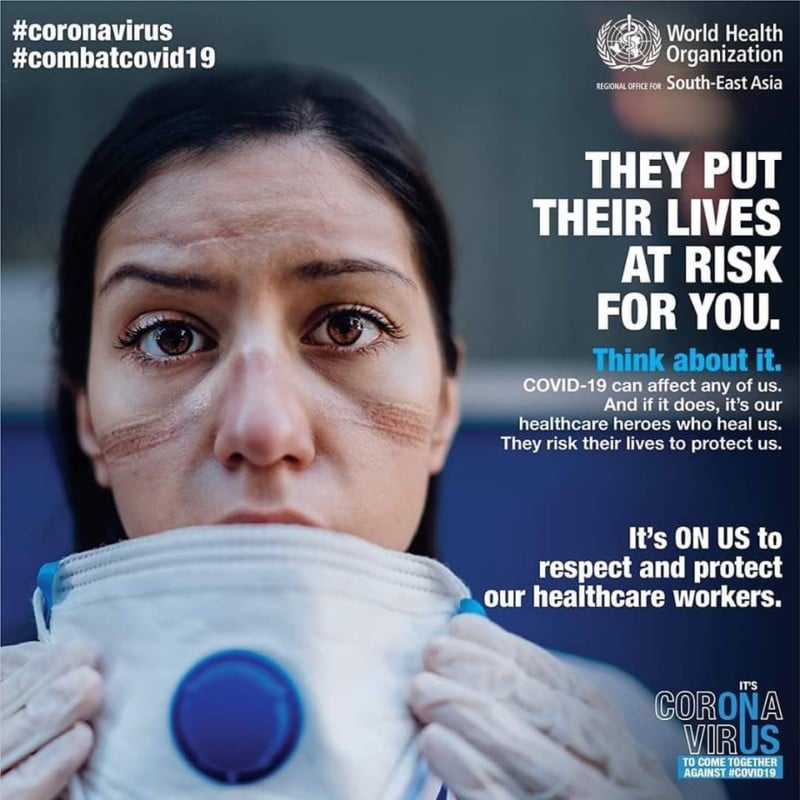 Despite knowing right away that the photo was “special,” Nurkovic has still been blown away by the impact that this one photo has had.

“I was honored to see something I created used for such a noble cause. I have never expected something like that would happen,” he tells PetaPixel. “To be able to raise awareness and bring the feeling of compassion in people around the world, to make a global impact is a dream come true for me.”

“It was just something I saw, the truth that we all carried. Maybe it was just my way of coping with the situation and accepting the new state we’ve faced,” he continues. “Just the thought of it making an action, helping somewhere, giving the frontline heroes the praise they need to continue this brave combat is making me truly sentimental.”

#COVIDー19 can affect any of us. And if it does, it's our healthcare heroes who heal us. They risk their lives to protect us.

It's ON US to respect and protect our #HealthCareWorkers #coronavirus #COVID19 #CombatCOVID19 pic.twitter.com/NT94TjpalR

We do not want a “care” badge or a “thank you” letter, we do not want applause from the windows. We want and we deserve a better world, a better life with decent and well-paid jobs, respect and dignity. #InternationalWorkersDay #MayDay pic.twitter.com/mKtgpgUeaL

It’s interesting to see such a simple photo have such a wide-spread impact, especially since Nurkovik is better known for his wedding photography. Croatian media recently featured a wedding shoot where he suspended a newlywed couple off of a cliff for their portraits, and the press in his home country of Bosnia and Herzegovina have shared his story as well.

But it was this spur-of-the-moment portrait that put his work on the international stage.

To find out more about Eldar and see more of his work, give him a follow on Instagram or take a look at his wedding photography account here.

Image credits: photos by Eldar Nurkovic and used with permission.