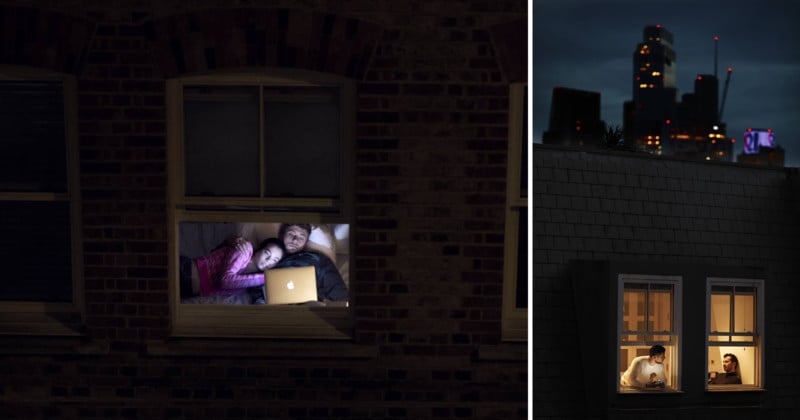 In a bid to stay creative (and sane) during lockdown, London-based photographer Christopher Fernandez posted a sign on his bedroom window inviting neighbors to let him document their self-isolation in candid portraits from afar. Much to his surprise, his neighbors came a’ calling.

The project started shortly after lockdown was announced in London. Fernandez usually shoots portraiture, but he’s always been interested in documentary work, so he decided to put a sign in his window that read, “Professional photographer looking to document your isolation from over here. DM me if interested.”

He didn’t actually expect to hear from anyone, but within an hour, he had one taker, then several others signed up as well. “I’d never met any of them before,” Fernandez tells PetaPixel. “They all got in touch from a note I put up in my window asking to document people’s isolation.” 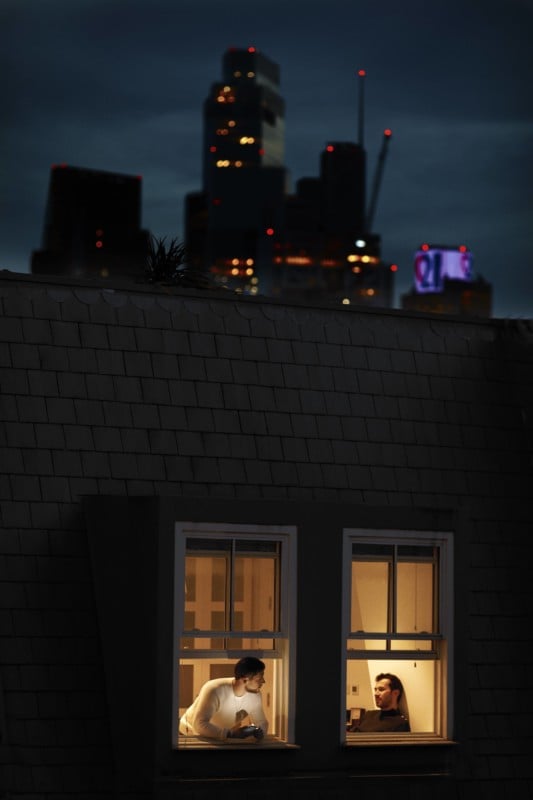 The resulting images aren’t so much documentary as they are portraiture. Each shot is posed, with Fernandez directing the subjects and helping them to dial in the “lighting” to the best of their ability from across the street.

“I wanted it to look as natural as possible. When you’re getting someone to just lie down and pretend to be on their laptop, people ease into it quite naturally,” he told Vice in an interview. “The lighting was probably the hardest part because I’m kind of telling them, ‘Can you switch that light off and turn that one on,’ or, ‘Put your phone over here with the flash on.’ But all of them were totally up to do whatever.”

Since they were in their own space, Fernandez says that all of his subjects seemed to relax and settle into their “roles” very quickly. The result is a set of photos that look candid, almost voyeuristic—reminiscent of famous photography projects like Out My Window and Paris Views, which regular readers of this site will be familiar with. 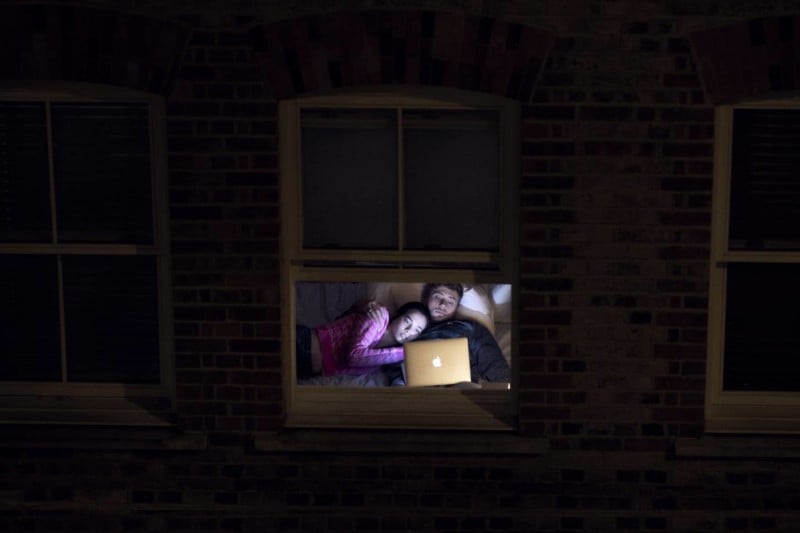 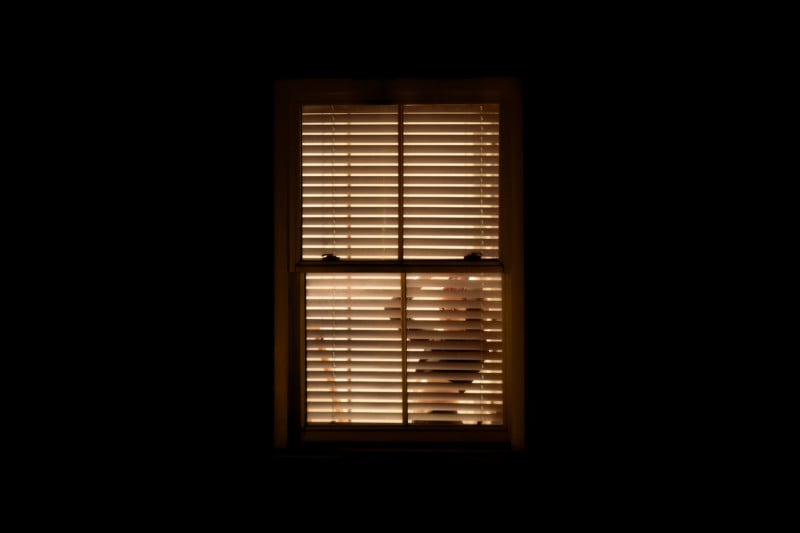 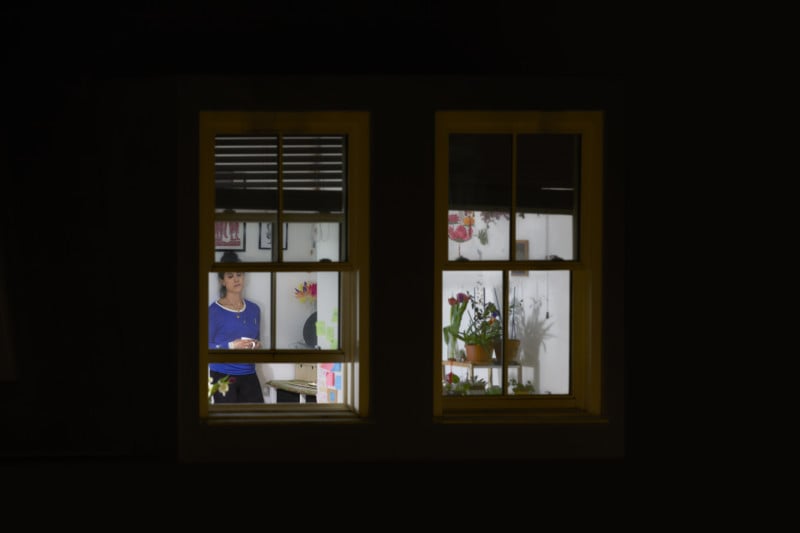 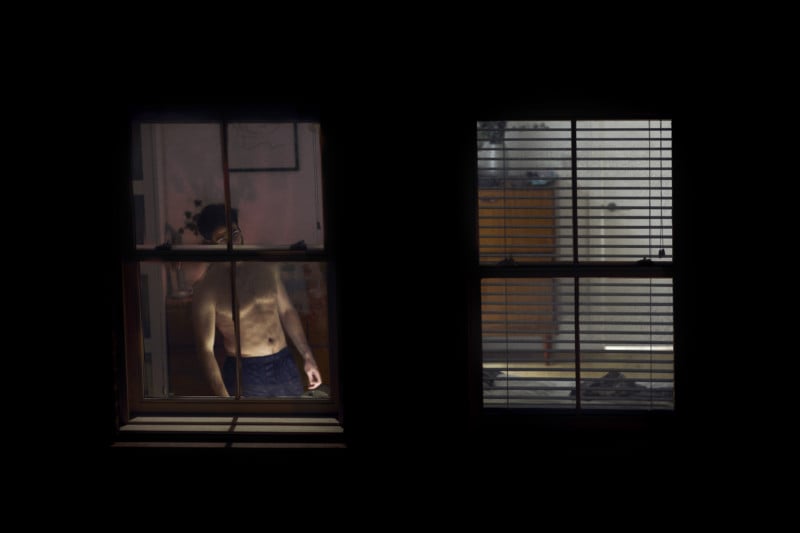 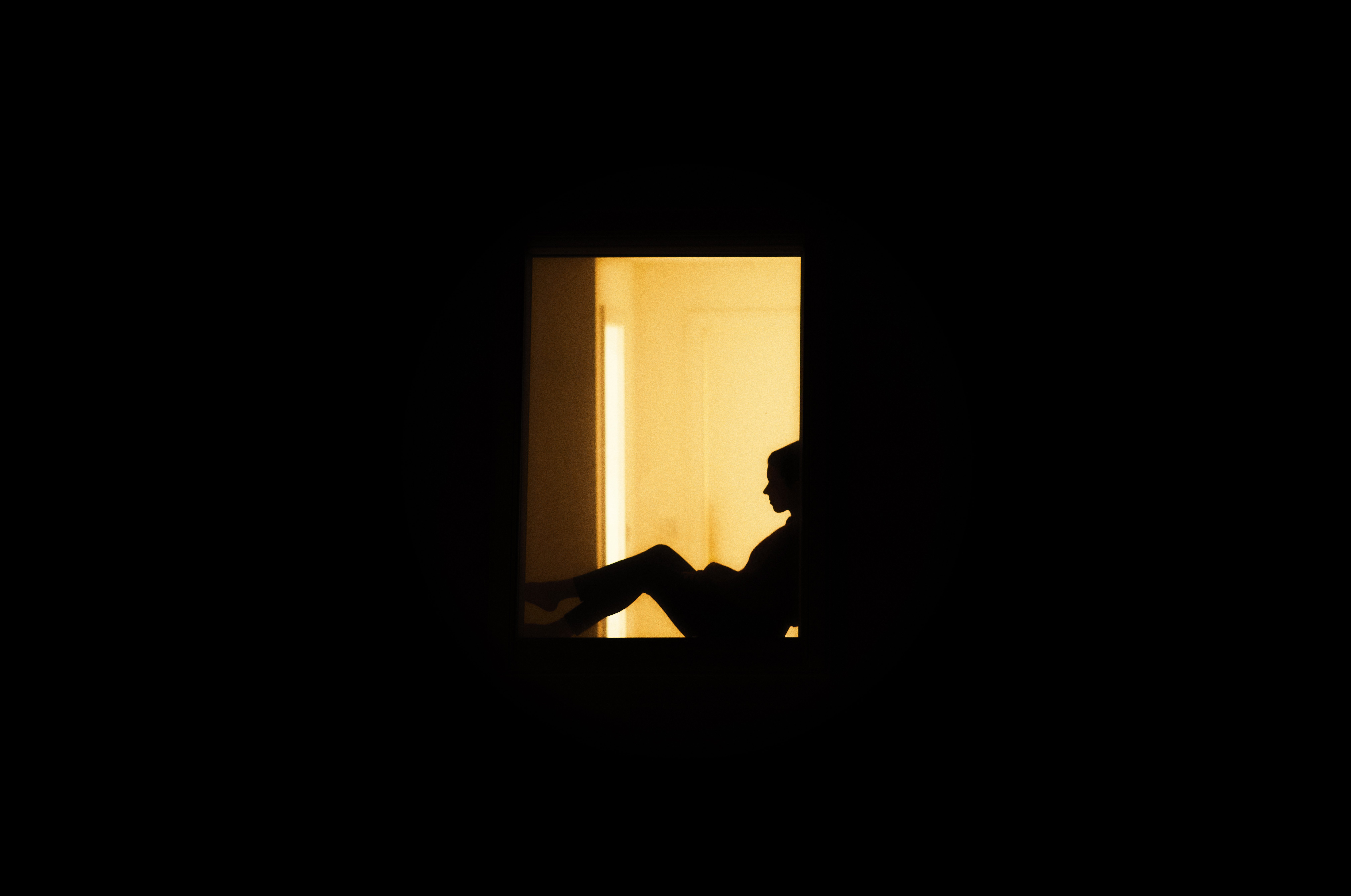 Since people will be curious, we did ask Fernandez what gear he uses. He said all of the shots were taken with the same camera and lens combination: a Canon 5D Mark IV with a 135mm lens.

To find out more about this project, head over to Vice where Fernandez spoke with Nana Baah about the whole experience in detail. And if you want to see more of his work, you can find it on his website or by giving him a follow on Instagram.

Image credits: All photos by Christopher Fernandez and used with permission.