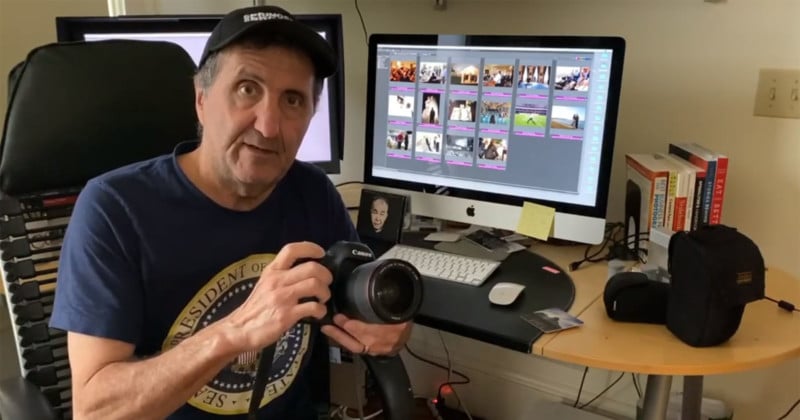 Former White House photographer Pete Souza often gets asked about the camera gear he uses, so he posted this 11-minute video to Instagram this week to show what’s in his camera bag.

Before he starts discussing gear, however, Souza offers some words of wisdom.

“Keep in mind that [the] camera is basically a tool,” Souza says, holding up three different screwdrivers. “These are all screwdrivers. They all work equally well. I don’t know what brand/model they are. You just have to make a decision yourself on what kind of equipment to use.”

While at the White House shooting 2 million photos over 8 years of Barack Obama’s presidency, Souza used two Canon 5D series cameras. He would usually have a 35mm prime lens on one of them and a 50mm lens on the other. He would also carry along a 135mm prime lens with him on his belt alongside a flash.

You can find an archive of 6,668 photos from Souza’s time as White House photographer over on Flickr.

(via @petesouza via Fstoppers)