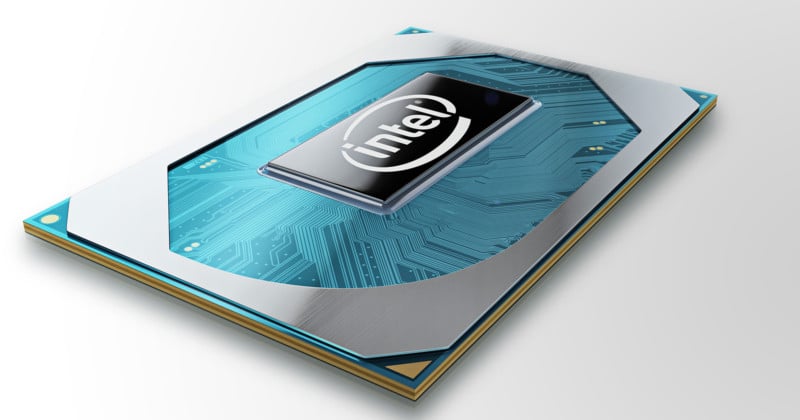 The announcement comes just days after AMD blew away reviewers with the real-world debut of its Ryzen 4000 laptop chips, which strike the ultimate balance between power and power efficiency, opening the door for thin-and-light laptops with top-tier specs and incredible battery life for both creators and gamers.

But while Intel’s chips are still built around the company’s 14nm Comet Lake architecture, the brand is trying to beat AMD by brute force. Sure, the 10th Gen Intel chips will probably be a lot more power hungry than AMDs alternatives, but the new 6- and 8-core i7 processors can hit 5.1Ghz boost on a single core, and the 8-core i9-10980HK reaches an eye-popping 5.3GHz.

This is great news for photographers and photo editors, whose workflows are often more dependent on CPU performance and RAM than they are on the GPU. What’s more, the top-tier i9 can even be overclocked using Intel’s own software—with sufficient cool it, this chip should absolutely tear through even the heaviest photo/video workflows. 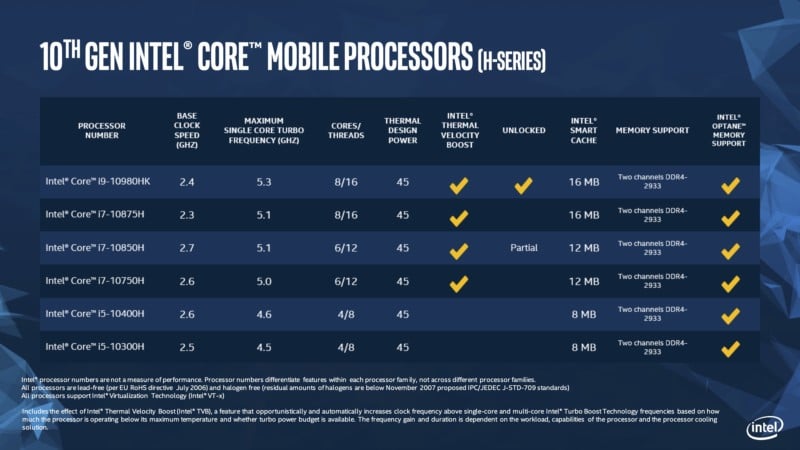 Based on Intel’s own benchmarks—which we’ll take with a grain of salt for now—the new i9 delivers “44% better overall performance” and “two times faster 4K video rendering and export” when compared with a three-year-old system, while even the lowest tier 6-core i7-10750H will yield a 33% boost in performance and 70% jump in 4K video export.

No photo editing programs are mentioned, but power-hungry Lightroom in particular should see a significant boost from the 8-core/16-thread chips, given that it’s optimized to take advantage of multiple cores.

Today’s announcement was joined by the debut of NVIDIA’s RTZ Super mobile GPUs (which we’ll hit on in another post) and a slew of new “creator” laptops that take advantage of all of the above, so stay tuned for more info. It’s safe to say we’re entering something of a “golden age” of high-performance laptops for creative professionals.

In the meantime, if you want to dive deeper into all of Intel’s performance benchmarks or learn more about these new CPUs, head over to the Intel website where you can read the full press release (and all of the fine print) for yourself.

Mental Health Help for Photographers (And Everyone Else)

Woman Pays for a Pro Photo Shoot for Her Cat, Has No Regrets