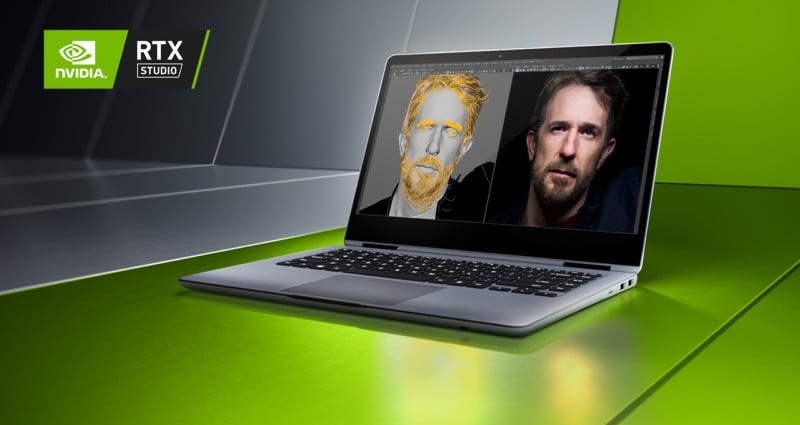 If you’re looking for a new editing laptop, today is a very good day. Not only did Intel debut its 10th Gen H-Series mobile CPUs, but NVIDIA has just revealed its latest GeForce RTX Super GPUs, paving the way for a slew of new high-performance laptops for creative professionals.

Now that all of the companies have shown their hand—AMD with their Ryzen 4000 chips, Intel with their 10th Gen H-series chips, and NVIDIA with the new RTX Super mobile GPUs—all of the PC makers are taking the covers off of their latest and greatest laptops for both gaming and creative workflows.

One of the most sought-after “badges” when it comes to creator laptops is the NVIDIA RTX Studio badge, which basically ensures that you have the latest and greatest mobile GPU from NVIDIA built right in. And now that NVIDIA has released a new set of GPUs, Acer, Gigabyte, MSI, and Razer have all released their latest RTX Studio laptops.

There are ten new laptops total, all of them featuring the latest 10th Gen chips from Intel, and NVIDIA’s new ‘Super’ GPUs: 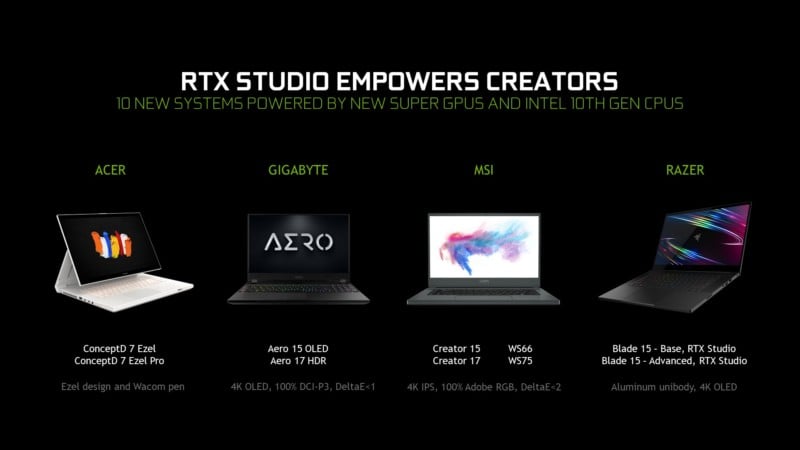 All of these laptops can be specced out with the top-of-the-line NVIDIA RTX 2080 Super Max-Q GPU and Intel’s 5GHz-busting 10th Gen CPUs, and each of them comes with creator friendly features like best-in-class color accurate 4K displays and, in the case of the Concept D Ezel laptops, Wacom pen support.

The RTX Studio moniker also means that they will benefit from GPU-acceleration in a total of 45 apps for creators, ranging from Adobe Lightroom (which could use the help), to DaVinci Resolve, to more specialized apps like Blender and Autodesk Flame.

How much photographers will actually benefit from these speedups is yet to be seen. In our limited testing when comparing a 16-inch MacBook Pro against a Razer Blade Studio with NVIDIA Quadro graphics, CPU ended up being much more important than GPU, but your mileage may vary, especially if you do a lot of video editing or any 3D rendering work. 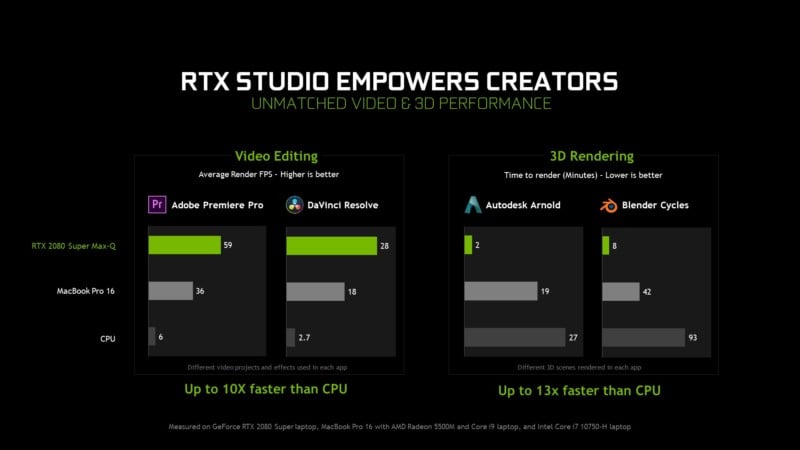 It’s worth noting that many photographers might prefer these systems if they were running AMD’s new Ryzen 4000 CPUs. They’re not quite as powerful as the new Intel chips—maxing out at 4.4GHz instead of 5.3 like the top-tier i9—but they’re built on AMD’s more efficient 7nm Zen architecture, which allows for thinner and lighter laptops that sacrifice very little in way of performance at the end of the day.

Of course, when it comes to most laptops, we don’t get to choose between Intel and AMD when we’re speccing the computer out, but here’s hoping that changes in the near future.

In the meantime, if you want to learn more about NVIDIA’s Studio lineup, NVIDIA has published a blog post that gives a good overview of the advantages and a list of all apps that will benefit from the powerful GPUs in each of these machines.

Woman Pays for a Pro Photo Shoot for Her Cat, Has No Regrets