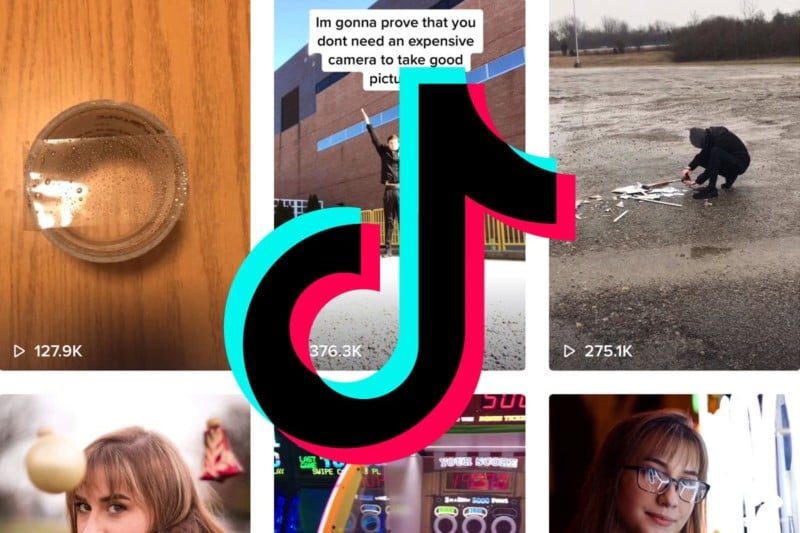 TikTok, the video-based social media app, usually conjures visions of teens mimicking the latest dance craze, but it’s probably better described as short attention span YouTube. In 2017, ByteDance, the Chinese-owned parent company of TikTok, acquired the Musical.ly app, which had gained a toehold with an under-18 demographic by becoming a replacement for the comedy-oriented Vine app along with a burgeoning lip-synching community.

Although the app still skews heavily towards music, it has predictably evolved as a youth-oriented, generic video delivery platform. As such, a whole gaggle of teen photographers has emerged as “experts” – delivering pop song-soundtracked mini-tutorials that are largely devoid of narration. TikTok limits videos to 1 minute, so creators can’t and don’t conform to the more loquacious online learning style of Lynda, CreativeLive or YouTube.

The short format has obvious limitations with creators often showing behind-the-scenes (BTS) video for a specific technique (e.g. making light trails with steel wool) and the resulting photo. TikTok isn’t the place for delving into theory or more mundane aspects of planning and producing a shoot.

On the other hand, creators aren’t constrained by the typical talking-head format with a camera mounted on a tripod. Instead, the standard TikTok photography tutorial uses mobile phone video to move through a set/scene showing multiple angles of the setup. And occasionally, you’ll come across some real talent like @codiezofia whose product photography is on par with many contemporary beauty brands.

While a seasoned photographer could easily level criticism against these videos (e.g. “the kids are acting like they invented this stuff”), I tend to take a more charitable view. The creators and their audiences are mostly teenagers or young adults who are learning through mimicry and finding a creative voice. They are producing a level of work in their teens that is akin to a first-year college student ten years ago. Of course, their results can be cliché, but they’re experimenting and shooting.

Some creators are repurposing techniques that older photographers might have forgotten. Here are two tweets from David Hobby that make the point.

Photographers: Condescend to TikTok photo tips if you like. But you know you’ll try this one day. Bonus points: it’s very flexible. Moving the car changes both the orientation of the light source and the background. pic.twitter.com/6BdCjfBxey

I particularly like this TikTok by make-up artist @jazlmao:

Of course, photographers have known about reflectors for years. But how many of us have actually used our hands as a reflector for a selfie?

Every generation adopts technology in specific ways and makes it work for them. For GenZ the soup du jour happens to be TikTok – a place where they can learn the newest dance, laugh at some physical humor, and even learn photography.

The Upcoming iPhone 12 Pro May Pack a 64MP Camera

The Photography Show Postponed to September Due to Coronavirus