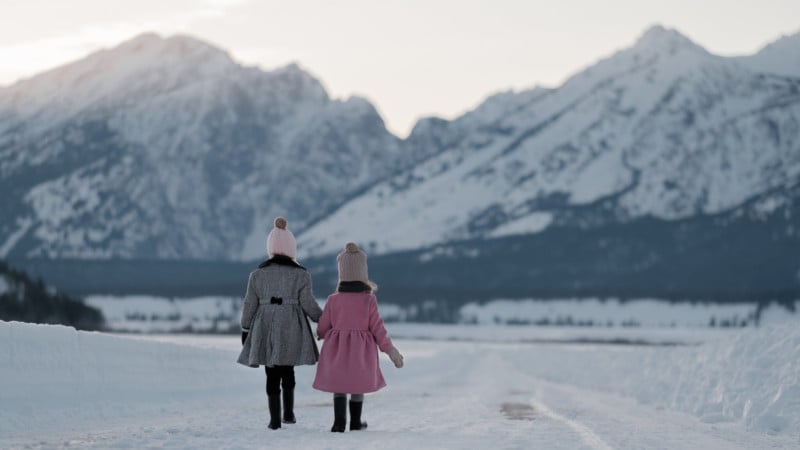 I didn’t have a terribly long time with Fujifilm’s latest hybrid shooter before it was released—it was only about a week for what you see shot below—but thankfully, not too much has changed since the previous X-T3, and what has is obvious and easy to evaluate.

Compared to the X-T3, the X-T4 is still weather resistant, still shoots 10-bit 4k internal F-Log at 60p, and maintains much of what made its predecessor great. Fuji has simply added a few things that make it an even better tool for the hybrid creators like myself.

These additions are what I’d like to discuss. Furthermore, given my rather limited experience with the new gear, I want to keep these initial thoughts succinct.

While I think Fujifilm makes some incredibly beautiful cameras, this article will focus more on my experience with the camera. I’ll have a handful of images sprinkled in, and after the next two sections that talk about video centric features, there is a video I created to test out the new gear. In that video I chose to explore the 240p capabilities. 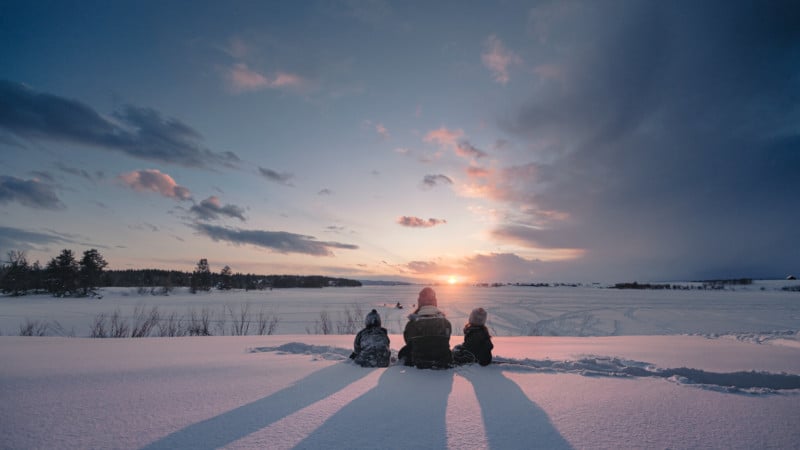 For the past year and a half I have mainly been using the X-H1 for my video projects, with the exception of one project utilizing the GFX100. Point being, I’m used to having internal stabilization. Internally stabilized cameras are great because I personally like to keep my setup as simple as possible. Having the ability to capture relatively smooth footage while shooting handheld is something I very much appreciate.

A new feature they bring to the table is digital stabilization, which can work in concert with IBIS. I felt like this offered some serious benefits shooting handheld when compared to the X-H1. The digital stabilization option will crop your video by 1.29x. This crop option is also available without turning on digital stabilization—so if you were frustrated by crop frame’s inability to allow for two different frames like Sony’s a7 III can, this might help that a little.

Will this replace a gimbal? I think this depends on your own situation/needs, and I’m sure there will be some videos that come out comparing footage from a gimbal-mounted X-T3 vs the X-T4. Was this setup enough for my current personal needs? Yes, it was.

I still did some stabilization in post for the video I did to test out the camera, but the adjustments were minor. For the shots I captured at one eighth speed I didn’t even bother with post stabilization. Which leads us to the next section.

My original background is in still photography. I love the details that can emerge from a single frame, which is why I think I really love what can come out of high frame rate cameras. This is because we are able to extrapolate more details within motion.

I’ve loved having the ability to shoot at 240fps on my phone, but a phone just doesn’t have the dynamic range, the image quality, the general lens selection, low light capabilities, and plenty of other advantages that a dedicated camera brings to the table. When I saw this feature on the spec list, I knew it was something I wanted to explore in more depth.

Fujifilm has this feature in an easy-to-find menu with plenty of options based off of what speed you’d like to shoot. You’re able to toggle it on/off and, when it’s on, you can keep it at your preferred speed. My only gripe is that you lose out on audio when you shoot at higher frame rates. While not the end of the world, it would be nice to have audio included (even if you don’t intend on using most of it). 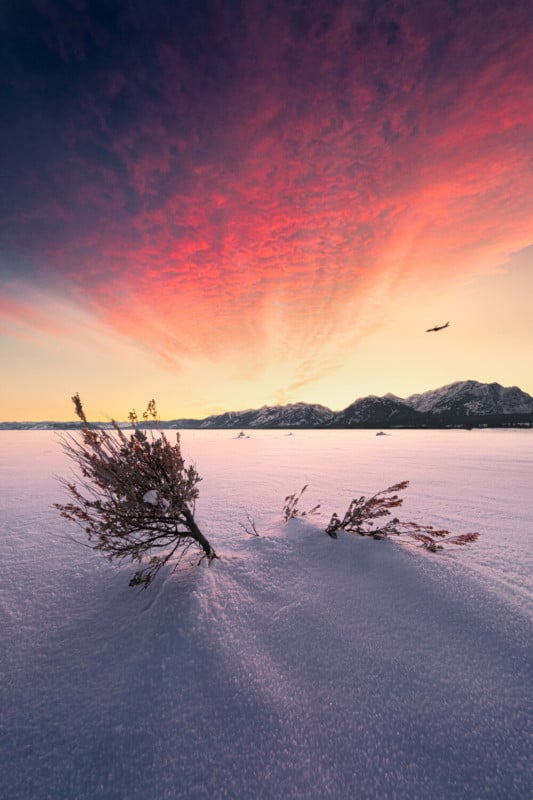 The ‘Flippy’ Screen: Not a ‘Selfie’ Screen…

While reading through the comments on a few rumor articles, I noticed that one of the most polarizing changes about this camera was its new flip screen. With this generation, Fujifilm abandoned the three-axis screen and opted for a more limber design. One (unfortunately) dubbed by many: the flippy screen.

A common theme I saw floating around was the notion that this makes the camera a better selfie-cam. This concept annoyed some shooters—why would any company make a dedicated camera more selfie-compliant? While I agree that the selfie culture we live in could use some adjustments, I disagree that this new screen was designed to enhance or even cater to that trend.

I found the new screen incredibly helpful in achieving different angles with limited strain on myself—which, I think, is the entire point of any movable LCD. I also loved that the screen can be placed back into a position that protects itself. I’ve never broken a screen on a camera, but that doesn’t mean I don’t have some anxiety about doing so. This also acts as a way to avoid scratches on the screen.

Is the screen a little more conspicuous when flipped out? Sure thing! If that is a problem, then this might not be the camera for you. Maybe the new X100V is a better option. 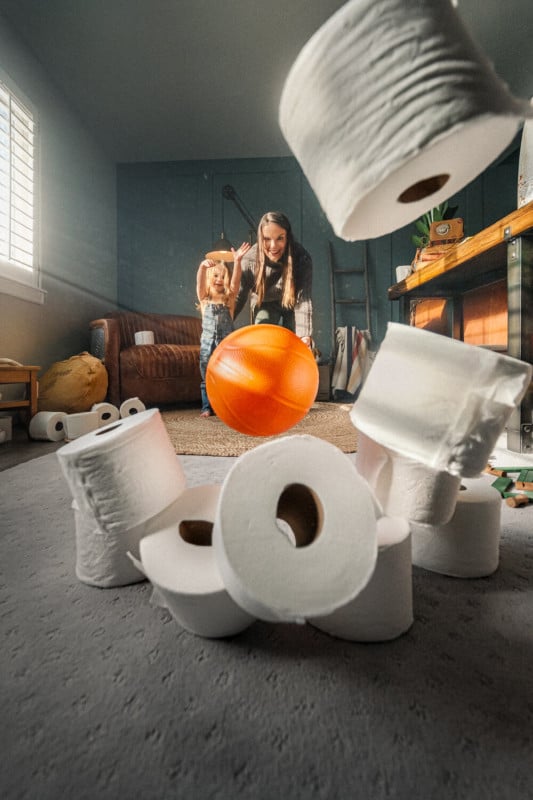 While the battery is one of the smaller components on a camera, this is an incredibly massive change that Fujifilm has made. I’ve been shooting mirrorless for several years now and battery life has always been an issue. It used to be an issue when I shot with early Sony a7 cameras, it’s been an issue with all Fujifilm cameras up to this point.

The larger battery—that now looks a lot like the kind you find in a Nikon DSLR—allows for a lot more uninterrupted shooting: approximately 50% more in Economy Mode. The 600 shots available to this camera put it roughly on par with the a7 III’s CIPA rating of 610-710 shot per battery. The X-T4 also allows for charging via its USB-C port. I do think I will still need a couple of backup batteries (like I did with DSLRs); when that happens, I might pick up a vertical grip to charge three batteries at once and gain a substantial increase in consistent battery life when needed.

Also while browsing through rumor site comments, I noticed a lot of people who were genuinely upset that Fujifilm made the camera larger but didn’t make the grip any larger. Now, to give you an idea of my size, I’m six foot two and I don’t have “tiny hand syndrome” by any stretch. I think the X-H1’s grip is a little too pronounced, but I will concede that the X-T4 is a bit shallow.

Did its lack of prominence prevent me from getting a shot? Not yet—a week is hardly enough time to make this claim. But even if that did eventually happen to be the case, I wouldn’t let that prevent me from using this camera when I could solve that minor issue with the aforementioned vertical grip or a cheaper grip extension that will likely come out soon enough. 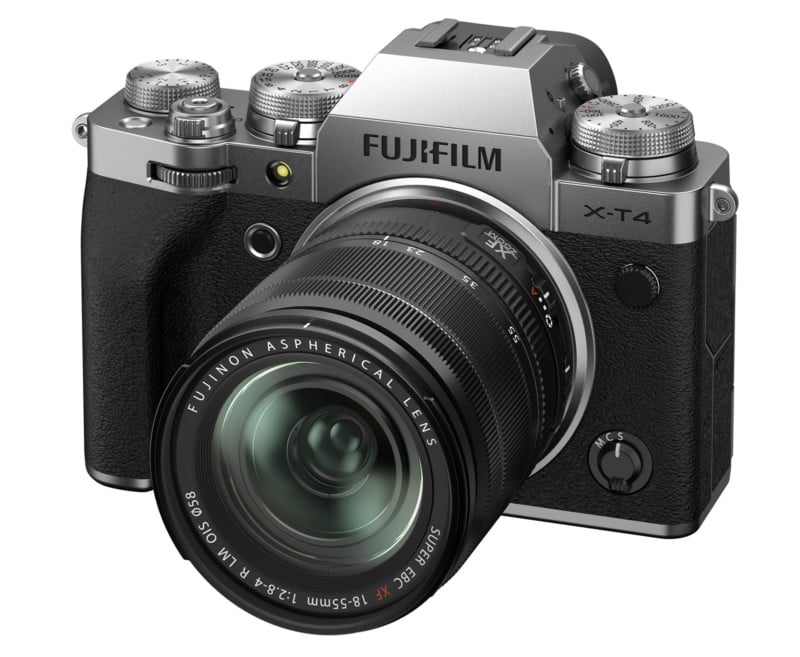 This camera is definitely going to replace my X-H1 as my go to video machine, or for when I need a nimble yet capable stills shooter. The benefits I see from the X-T4 make that decision an easy one for me:

Each of these (and more) makes the value of this camera outweigh both the X-H1 and the X-T3 before it. I think anyone who is shooting with another hybrid system or is considering one should really investigate the X-T4 and get an idea of whether or not it will suit their workflow.

To dive deeper into the specs, or if you want to pre-order the camera, click here.

About the author: Adrian Murray is a well-known photographer, artist, Lightroom expert, and author. This opinions in this post are solely those of the author. To see more of Adrian’s work, visit his website or give him a follow on Instagram. This review was also published here.

How to Spot Fake Photos of Fake People Online