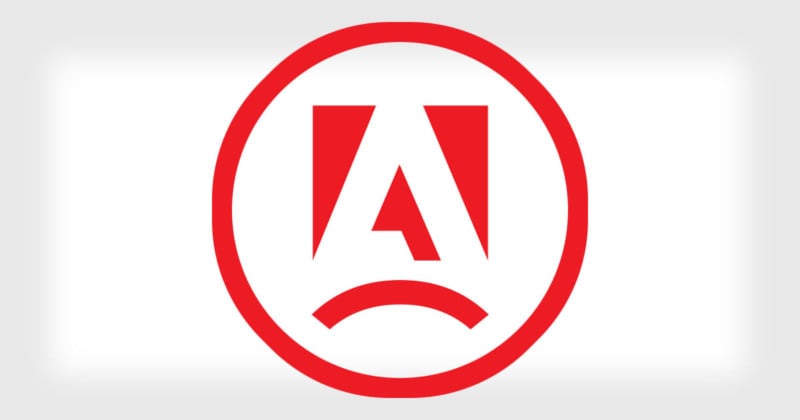 My name is Adam Marsh, and I’m a Melbourne-based event photographer. I recently wrote an article titled “Adobe, This is Why Photographers Are Hating on You,” and it seems to have been incredibly divisive. There was a huge amount of feedback and engagement on this topic in the wider global photography community.

I’ve received many messages of support, scrutiny, and even a 1-hour podcast devoted to picking apart my last article.

Contrary to popular belief, I’m not endorsed by Affinity at all (although I’d welcome it gladly!). Given how much of a hot topic Adobe as a company and product is, a timely followup seems in order as there’s a lot of room for nuance here. Even if I feel a large number of photographers don’t get why Adobe’s product monopoly is detrimental to the broader community at large, I don’t rule out it’s usefulness to people who are invested in it.

Regardless, to bury one’s head in the sand and staunchly defend Adobe without accepting criticism is misguided as it ignores the true criticisms people have of their product.

No Monopoly is Good for the Consumer

Adobe’s reign as the premier editing suite has been long and bountiful, yet their suite has been lacking in creative trailblazing in so many areas. Why? A lack of strong competition to keep them sharp.

Seeing features like Content-Aware Fill sound on the surface like revolutionary steps forward, yet companies like Topaz Labs are powering forward with machine learning and artificial intelligence to convert JPEGs into RAWs, upscale images by 600% percent, and denoise the worst-exposed photos. If Adobe were really invested in product development, where is the R&D being placed in areas like this?

So many of the software giants lose their edge with what their consumers really want, and take for granted their patronage — especially when reliable subscription income gives them a massive buffer to drip-feed features out, to milk the subscribers for every dollar possible.

When competition is fierce, it forces a company to invest more resources into R&D and accept a lower operating income, in order to keep their market dominance at hand — remember this next time you diss the “own outright” model. Adobe had to really work hard at developing new features for every iteration of Photoshop, from 2 to 3 to 5 to 6. This is when they were at their best.

Now they’re trading off the reputation of old and leveraging the customer’s fear of the unknown of learning different workshops. This is lazy and entitled. Healthy criticism towards Adobe and any software developer is advantageous for the wider community. Wide fanboy/fangirl-ism, alas, is not. These are not sacred cows — they’re companies that serve us. When we cede this position, we let complacency go unchecked.

Negative Opinion Doesn’t Breed By Itself — Past Actions Grow It

I got chastised for missing the mark on the subscription pricing debacle, which was an issue many users have brought up in the past. Apparently, the prices I had given were inaccurate (which isn’t the case at all).

The real issue at hand, however, is the fact that pricing has changed over the years, and has been drastically different in many different markets (like the one I’m from, where we annoyingly pay the Australia tax on most software subscriptions, without rhyme or reason).

This lack of transparency creates confusion within the customer base. Like it or not, Adobe DID obfuscate their lowest price subscription level. Adobe DID backpedal on the price point offered to a drastic discount if you disgruntled enough to threaten to quit.

Actions like this breed contempt among the customer base as the price points lose solidity consistency among the subscriber base. Would someone paying $19 per month feel like they’re being taken advantage of if another customer were paying $9 per month for the same deal?

A different company that handled their price hike reasonably was Netflix. They boosted their most popular subscription price from $11 monthly to $13 monthly in a marketplace saturated with competition while their cheapest plan went from $8 monthly to $9 monthly. When pricing increases happen slowly, with advance warning and transparency, the subscriber base feels less like cash cows and more like valued customers.

This can be accepted due to Netflix’s investment in self-developed content. Yet, what did Adobe do differently at the time they increased their fees by 100% for their base photography subscription? If Adobe takes the attitude that they don’t owe anyone anything, then it’s fair. But then the customers at large don’t owe Adobe either.

Take Adobe’s horrendous customer service. Outsourced to foreign countries due to leveraging cheaper hourly wages, there is not only a lack of understanding with the technical issues at play, but the staff regularly utilize rehashed copy and paste answers to the end-users that fail to make the fix.

Speaking of customer grievances, remember when Adobe’s problems with Dolby came to a head with their 2018 edition of Premiere Pro? It rendered whole businesses unable to work with AVCHD’s audio in their workflow merely for being on older versions of Windows. Many businesses had to scramble in updating to Windows 10 as Adobe recommended this, only to find it did nothing to fix the issue. Time wasted.

This is an incident that is only two years old. Don’t feel there is anything to stop this from happening again. Having a fully owned, non-cloud version of Premiere would never have created such a hassle. Many customers don’t want to guinea pig software that is fresh out of testing. They want versions that work. Period. Lest they waste time, energy, and money-making opportunity fixing it.

If you feel that people who refrain or outright detest being on cloud-based or Internet-connected services are living in the past, then you’re part of the problem. Customer choice should always be on the side of freedom of choice. It is the exact problem that plagues many modern consumer markets, as we merely lease the right to use this software, instead of owning our copy outright (EULAs be damned). Try being in a rural location with limited Internet reception and expensive data rates. Or is this an issue that doesn’t bring you much empathy?

Want another problem? This was reported by a previous commentator from Australia. If you try to cancel your subscription, the button does… absolutely nothing. You’ll be billed another year and forced to cancel through your credit card instead. Reckon there will be a fix for this? Only if people complain and bring it into the spotlight.

Another problem? Remember Venezeula’s photographers, paid up in full, who got shafted by Adobe and blocked from all access due to a trade embargo? Legal, sure, but tell that to the photographers who NEEDED the software’s functionality to feed their families. Victims of corporate political issues.

Let’s play devil’s advocate here. What would stop Adobe from rescinding access to businesses they don’t agree with? It can and does happen in the real world. To say it wouldn’t misses the argument completely.

Let me be very clear: hate and complaints are often the reason why change happens. If necessity is the mother of all invention, then criticism is the mother of all evolution. If Adobe is criticized for its issues, then it will be compelled to act if enough of a PR hit occurs. This is what press coverage does. It’s a necessary annoyance to get issues rectified.

Don’t put it back on your fellow photographers having business problems because they hate the idea of a subscription. Many successful business owners who use Adobe Creative Suite HATE spending money on subscriptions, which seems to be all the rage in the modern Internet era of corporations.

Can you imagine having to purchase every part of your business on a subscription? The outright hit is far better for some. That’s just the way it is. There was a time Adobe allowed people to purchase their software outright AND offer a subscription. That wasn’t a major issue for the customers. Everyone was happy… until Adobe’s executives took exception and realized they could gain more money from SOLELY offering a subscription and getting rid of the choice completely.

The price hikes and the lack of flexibility leave many financially vulnerable consumers at risk. Regardless of whether the outright costs of the past would have been inaccessible, the lack of regard Adobe has for these markets is why their competition is growing at a rapid pace. This is what happens to displays of hubris.

Here’s a good quote from a commenter named Dominic Martin: “So here’s the thing. I wouldn’t mind the subscription if they were aggressively improving both LR CC and LR Classic. But I don’t feel like they are doing enough,” and they aren’t. They’re trading ever higher in the stock market on your unwillingness to retool and switch. They’re appealing to the current customer rather than looking towards the new and emerging ones.

This Whole Subject is Far More Nuanced Than You Think

Photographers have every right to demand more from Adobe and every right to complain about them. If you’re a loyal customer and get a lot from Adobe’s services, then that’s great! It fits your exact needs, which may or may not be as demanding as the next person’s. To dismiss them because it doesn’t fit your experience or because you believe they’re due to a failing of that person is an incredibly narrow way of thinking. I have not dismissed that Adobe offers value, I just don’t believe it offers enough and trades largely on past glories as well as “industry-standard gatekeeping.”

I will always detest subscription and contract-based software pricing for my own reasons. Many others feel the same way, and it isn’t up to them to explain how or why, although many do. It is up to the companies to listen to their target audience. If they do not, then other companies will, which is becoming the case.

At any rate, if companies continue to gain more control over their customers, then the power imbalance becomes far too large and ripe for abuse. When we own our creative property and don’t allow it to be gated behind cloud-based services (despite the ever creeping shift towards it), it strengthens our consumer rights.

This is super important in a time when companies exploit customers by shifting “lease” terms. Adobe doesn’t do that now, but there may come a time when it is favorable to them and when the subscriber base is far too invested in their products to fight back effectively.

Thanks for listening to my passionate ramblings. Regardless of your thoughts, the conversation brings about further change and new ideas, which is sorely needed with machine learning and automation around the corner.

About the author: Adam Marsh is a photographer and event videographer at Moment 2 Moment Videography Photography, based in Melbourne, Australia. His work can be found at his website and YouTube.

Which Photojournalist Helped Design That $850 Jacket? An Examination