Some cameras on the market these days leave out the traditional optical low pass filter (OLPF), also known as the anti-aliasing filter, to increase sharpness at the expense of increase moiré patterns. If you’re not sure what exactly this trade-off is, check out this 10-minute comparison video by New Zealand-based wedding photographer Richard Wong.

Wong shot the same scenes using the Panasonic S1 and Panasonic S1H full-frame mirrorless cameras. While both cameras contain 24.2MP sensors, the S1H — a video-centric camera — contains an optical low pass filter while the S1 leaves it out.

Zooming into the same areas of side-by-side photos, Wong does see how the S1 contains slightly more sharpness and more false colors while the S1H is a tiny bit less sharp while avoiding moiré pattern issues in certain areas (e.g. the balcony railings on buildings in the distance). 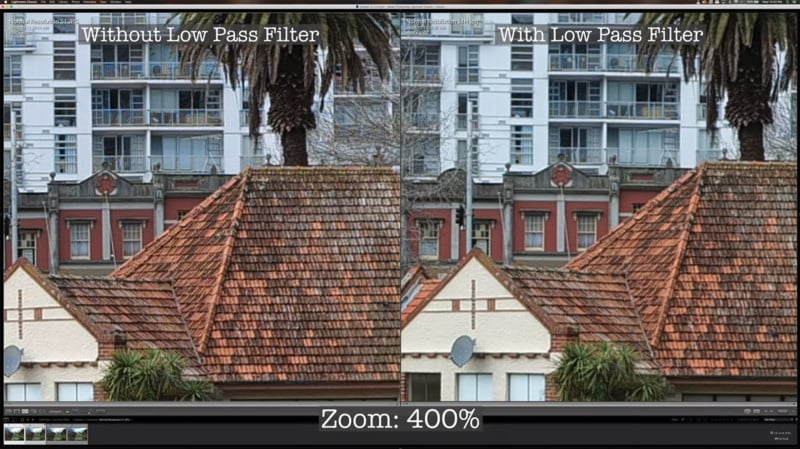 “So if there are two cameras out there that are pretty much identical, and the only difference is that one camera doesn’t have the anti-aliasing filter and one has it, if you want to maximize the image sharpness and don’t worry too much about the moiré pattern, then definitely go for the camera that doesn’t have the anti-aliasing filter because that will give you the best image sharpness,” Wong says. “But on the other hand, as you can see from the comparison photo, even when I zoom in and look at the photo side-by-side at 100% zoom level, I can’t really tell the difference. I have to zoom in to 200% or 400% before I can actually see the difference between the two photos.

(via Richard Wong via L-rumors)

3 Weeks with the New Fujifilm X100V