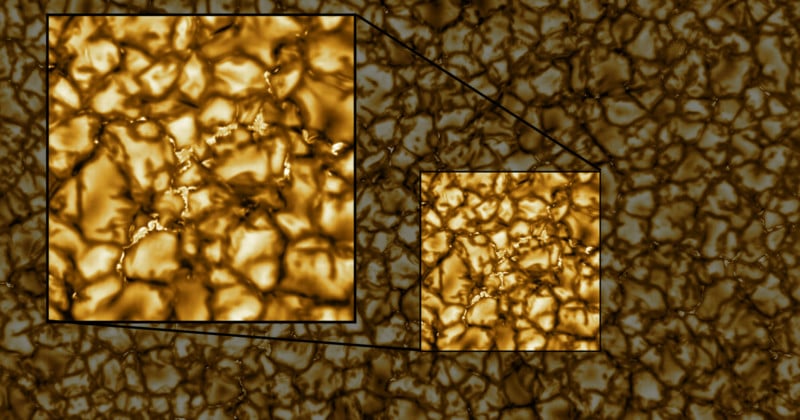 The National Solar Observatory has just released the highest resolution images and video ever taken of the sun’s surface. The images, captured with the National Science Foundation’s Daniel K. Inouye Solar Telescope, capture the sun in unprecedented detail, revealing features as small as 18 miles (30km) in size for the first time ever.

The 4-meter Inouye Solar Telescope sits near the summit of Haleakala, Maui, in Hawai‘i, and these incredible images of our sun are its grand debut to the world.

“Since NSF began work on this ground-based telescope, we have eagerly awaited the first images,” said NSF director France Córdova in a press release. “We can now share these images and videos, which are the most detailed of our Sun to date. […] This telescope will improve our understanding of what drives space weather and ultimately help forecasters better predict solar storms.”

“It’s all about the magnetic field,” explains Thomas Rimmele, director of the Inouye Solar Telescope. “To unravel the Sun’s biggest mysteries, we have to not only be able to clearly see these tiny structures from 93 million miles away but very precisely measure their magnetic field strength and direction near the surface and trace the field as it extends out into the million-degree corona, the outer atmosphere of the Sun.”

You can see the two images in full resolution below (click to enlarge): 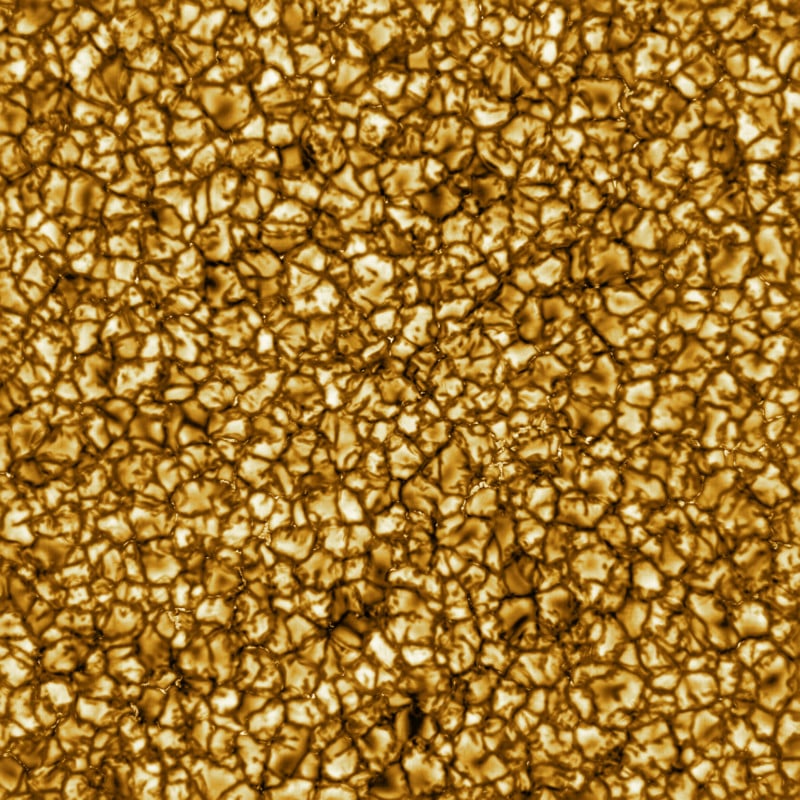 And here is a graphic that puts the images into proper context. The telescope is able to image a piece of the sun that’s just 36,500km wide. “These images show large cell-like structures hundreds of kilometers across,” explains the NSF, “and, for the first time, the smallest features ever seen on the solar surface, some as small as 30km.” 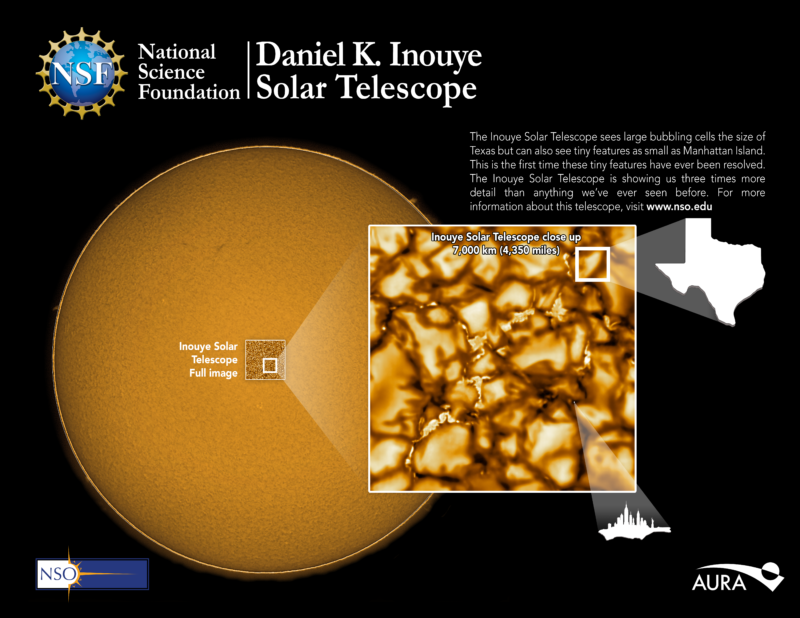 Finally, the group has also released multiple videos. The close up below was taken at a wavelength of 705nm over a period of 10 minutes, and shows “features as small as 30km (18 miles) in size for the first time ever.”

“The movie shows the turbulent, ‘boiling’ gas that covers the entire sun. The cell-like structures – each about the size of Texas – are the signature of violent motions that transport heat from the inside of the sun to its surface,” reads the caption. “Hot solar material (plasma) rises in the bright centers of ‘cells,’ cools off and then sinks below the surface in dark lanes in a process known as convection.”

It’s difficult to understate how important this telescope is for solar astronomy.

“These first images are just the beginning,” said David Boboltz, program director in NSF’s division of astronomical sciences. “The Inouye Solar Telescope will collect more information about our Sun during the first 5 years of its lifetime than all the solar data gathered since Galileo first pointed a telescope at the Sun in 1612.”

For most of us, the Inouye Solar Telescope just means some really cool imagery. But for the astronomical community, it promises to usher in “a new era of solar science and a leap forward in understanding the Sun and its impacts on our planet.”

Image credits: Photos and video by NSO/AURA/NSF, CC BY 4.0.

Aerial Photos of Greenhouses at Night