Chinese drone company (and Hasselblad owner) DJI may be bring their ambitions back down to Earth, literally. A newly discovered patent granted to the company shows a land-based vehicle with a camera and gimbal mounted on top—sort of like a pared down version of one of the Mars rovers.

The Chinese patent was originally discovered by DroneDJ alongside a patent for an all-in-one Ronin stabilizer. But while the stabilizer is interesting in its own right, the most unexpected part of this story is the camera car that DJI has decided to patent, possibly to compete with the Freefly TERO.

According to DroneDJ, the so-called DJI “Vehicle” is an RC car with wheels that can rotate a full 360° for maneuverability and a very involved suspension system to keep the camera steady as the rover moves across uneven terrain. The camera on top looks like the DJI Zenmuse style you’ll find on the DJI Inspire 2.

Here’s a closer look at the DJI “Vehicle” as it’s shown in the patent: 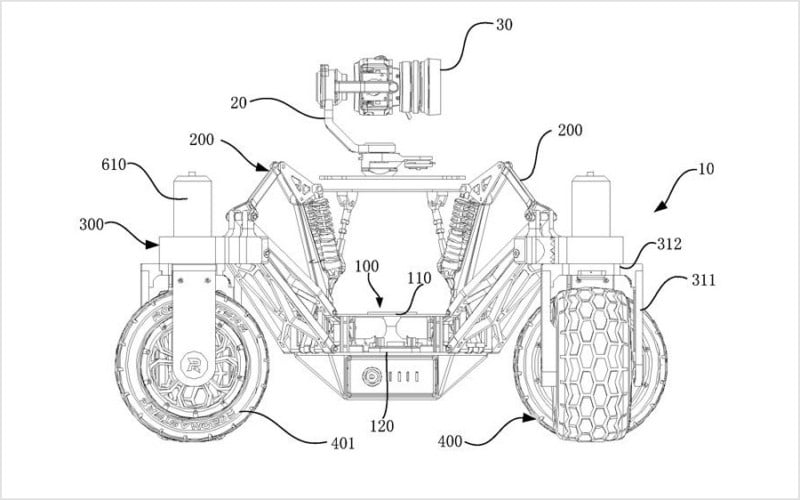 And a schematic of the all-in-one gimbal that was also discovered. “All-in-one” because it seems to use one of DJI’s own cameras rather than relying on a third-party system that has to be attached and balanced: While a patent is never guaranteed to become an honest-to-goodness product, both the “Vehicle” and the “Stabilizing Device and Handheld PTZ Device” (hopefully not final names…) would make a lot of sense as part of the DJI ecosystem. It seems DJI is not content to own the enthusiast drone space; with these two products added to their lineup, they’d take a pretty big bite out of the professional market as well.

(via DroneDJ via DPReview)

How to Make a Ground Glass Focusing Screen at Home