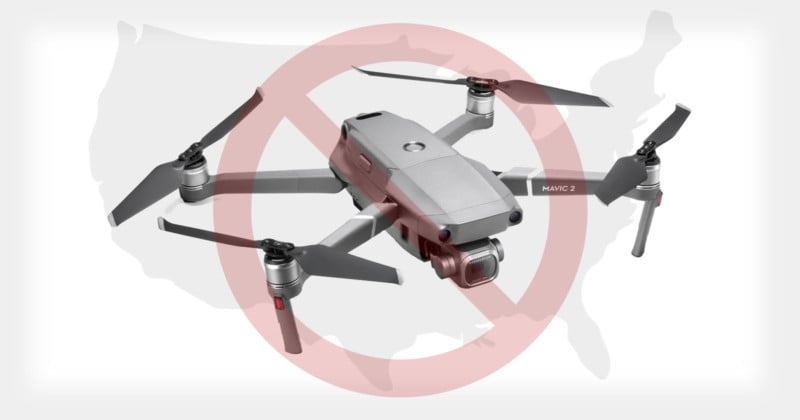 A US judge has ruled that Chinese drone juggernaut DJI violated the patent of a smaller drone maker, and he is recommending that most DJI drone models be pulled from store shelves and blocked from being imported.


The ruling was issued on March 2nd at the US International Trade Commission (ITC), according to a press release by Steptoe, the international law firm representing Autel Robotics USA, a China-owned drone company based in Seattle, Washington.

Autel had accused DJI (officially SZ DJI Technology Co. Ltd.) of violating one of its patents (US Patent No. 9, 260,184), which is titled “Compact unmanned rotary aircraft.”

The patent describes a “rotary wing aircraft apparatus has arms extending from a body, and a rotor assembly attached to an end of each arm.” Here’s the rest of the abstract:

The drone described and illustrated in the patent shares quite a few similarities to the DJI Mavic Pro.

The ITC’s chief administrative law judge thought so as well, ruling that DJI did infringe on this particular patent. He’s recommending that the following drones be barred from import and sale in the US: the Mavic Pro, Mavic Pro Platinum, Mavic 2 Pro, Mavic 2 Zoom, Mavic Air, and Spark.

If the judge’s ruling and recommendation are upheld by the full ITC commission, the drones could be kicked out of the US as early as July. Autel is also pushing for the import ban to be extended to cover other DJI drones as well, including the Phantom 4 and Inspire line.

We’ve reached out to DJI for comment and will update this article if/when the company responds.

(via sUAS News and DPReview)

Update on 5/23/20: Finnegan, one of DJI’s law firms, has published an article about these latest developments.

“The Commission is currently deciding whether to review the CALJ’s ID,” Finnegan writes. “Ultimately the Commission may decide that Autel deserves no remedy at all, but at a minimum, the Commission is unlikely to enforce any exclusion order or cease-and-desist order based on the three invalid patents. DJI’s sales in the U.S., therefore, will not be affected by Autel’s claims.”