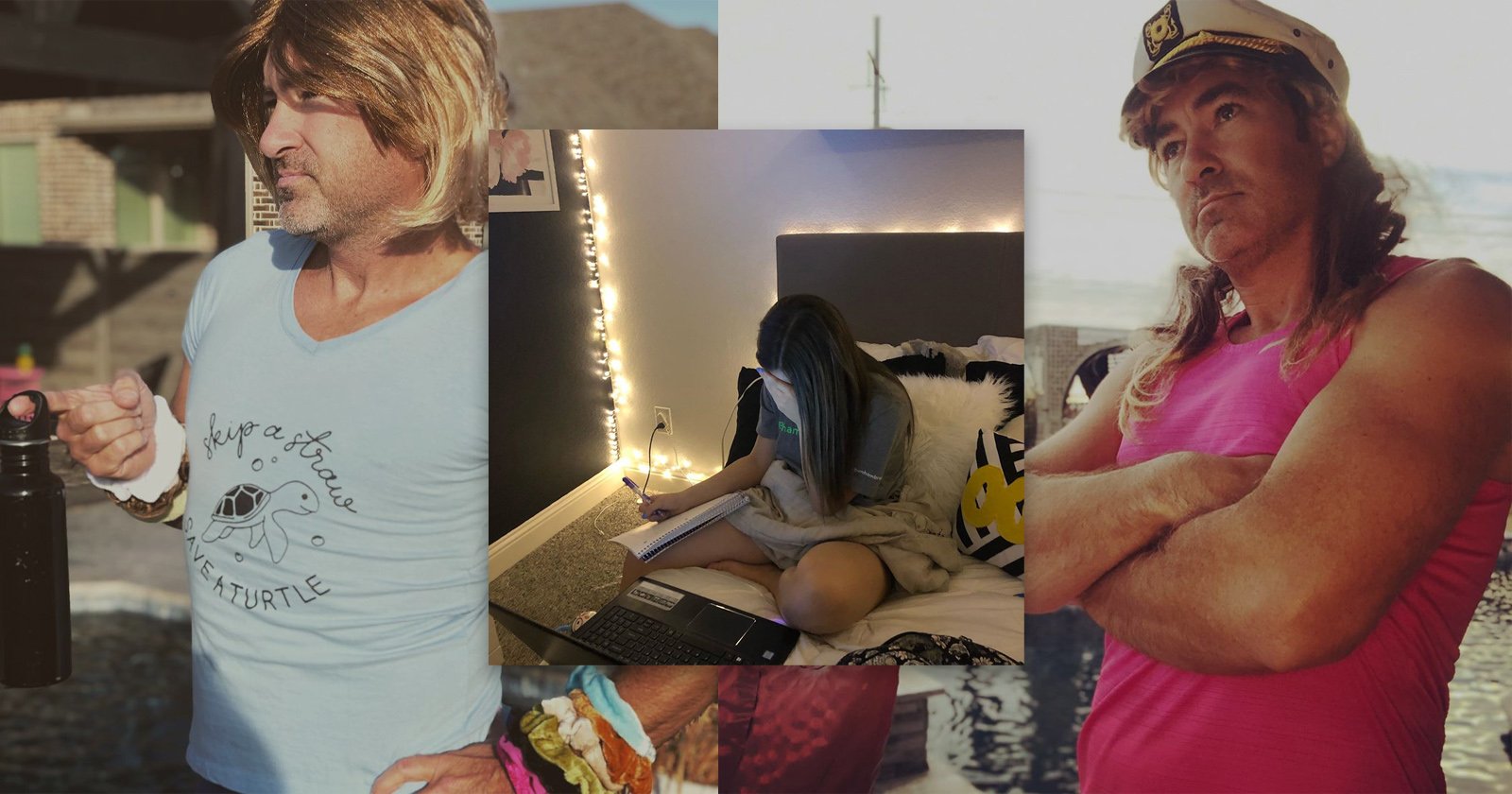 When 15-year-old Madelynn Sumpter (@madelynn.ellagrace) was caught helping “sneak boys into a sleep-over,” her parents gave her a choice: one month without your phone, or 2 weeks without your phone and we get full control of your social media accounts. She chose the latter, and boy are we glad she did.

The story began with this post, in which her dad Larry explained the situation and primed her then-relatively-small audience for what was to come:

This is Maddi. Maddi got herself grounded. She had a choice of no phone for a month or no phone for 2 weeks and we have FULL control of her social media. She chose 2 weeks. So be on the look out for some amazing instagram posts, snap chats and Tiktoks from her parents!!

According to TODAY, the takeover officially began on November 11th, and it instantly became clear that Madelynn’s parents were not making idle threats. Her dad got off to a strong start with a “Felt cute, might delete later” selfie:

Madelynn apparently changed her mind immediately after these first posts went up, but her parents would not accept. Her dad told her he was already “too invested,” and invested he was. The takeover expanded beyond Instagram onto her TikTok, where Day 3 included this absolute gem:

And Day 8 was just… sublime:

The shenanigans, which you can see for yourself on Madelynn’s Instagram and TikTok accounts, continued from there, with more wigs, more silly videos, and more parenting-by-embarrassment. But in the end, after 14 days of social media torture, the 15-year-old should probably be thanking her father.

When the whole thing started, she had under 3K followers (based on the earliest screenshot we could find). As of this writing, he account boasts 11.2K. That’s some pretty spectacular growth for just two weeks of shenanigans. The only question now: can Madelynn live up to her dad’s creative streak?

We can’t be sure, but commenters are already asking her to “bring dad back.”

The State of Canon’s RF Mount, One Year Later