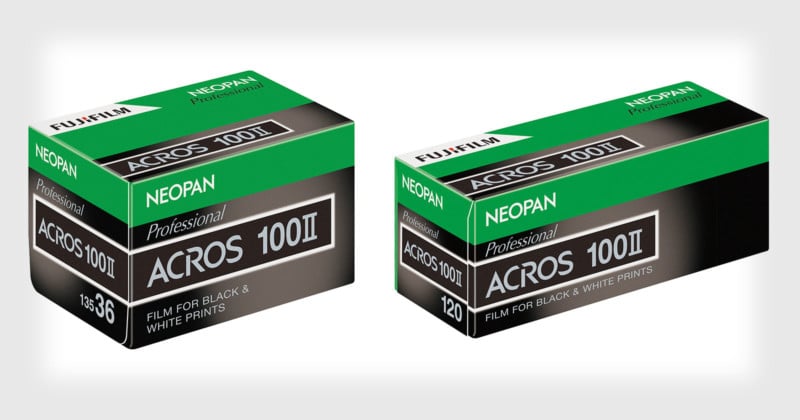 Fujifilm killed off its beloved ACROS 100 black-and-white film last year and then surprised photographers earlier this year by announcing a reboot of the line. Now that return is nigh: NEOPAN 100 ACROS II will be landing on November 22nd in both 35mm and 120 formats.

The company announced the news today in both Japan and the US, stating that the new NEOPAN 100 ACROS II will boast the highest level of granularity and contrast found in an ISO 100 black-and-white film thanks to Fujifilm’s proprietary “Super Fine-Σ Particle Technology.”

“Fujifilm has achieved this level of image quality at high-sensitivity due to its longstanding history of film development and manufacturing, which has allowed it to precisely control the size and composition of silver halide grains contained in photographic film, contributing to the final image quality and aesthetic in prints,” the company says.

The fine texture detail of the film will make it a good choice for genres like landscapes, portraits, architecture, and even astrophotography. There will also be slightly higher contrast gradation in highlight areas compared to the original ACROS. While Fujifilm originally discontinued NEOPAN because of plummeting demand, it’s a resurgence of interest from young photographers that has brought hope back to film photography.

“Due to recent interest from millennials and GenZs, who have become the newest film enthusiasts, Fujifilm developed a plan to revive black-and-white film to meet new market demands,” Fujifilm says. 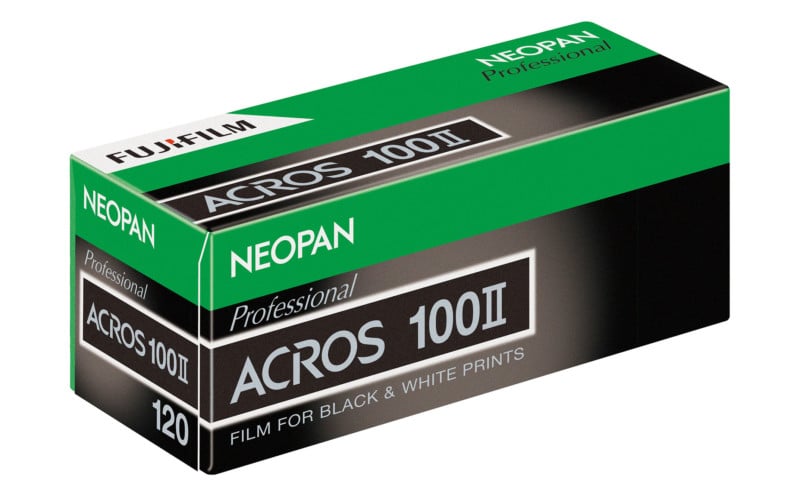 Fujifilm will be launching NEOPAN 100 ACROS II in Japan first on November 22nd, but it’s aiming to have the film hit store shelves in the US and other markets around the world in early 2020.

The 35mm film rolls will have 36 exposures while the 120 format rolls will have 12, and Emulsive reports that both formats will cost ¥1,040 (or around $9.50) per roll in Japan. US pricing has yet to be announced.