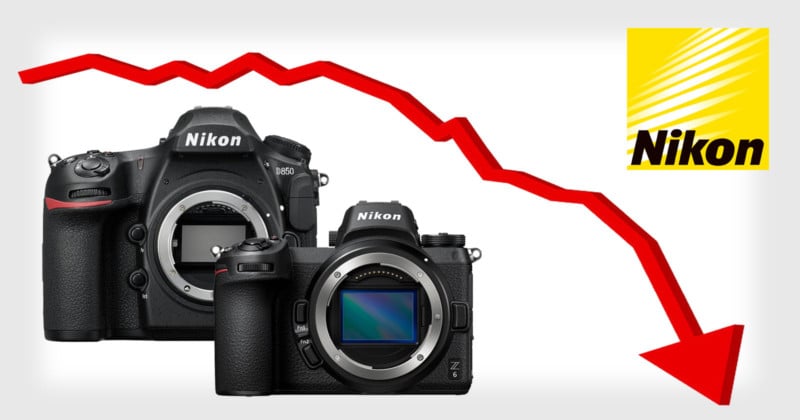 The digital camera industry has been nosediving as of late, and Nikon is feeling the pain. In its latest financial results, Nikon revealed some grim numbers and an even darker forecast. The company’s business of selling cameras and lenses will no longer be its biggest revenue-generating segment.

In an interview with Nikkei back in August, Nikon CEO Toshikazu Umatate stated that although imaging profits had fallen to 1/6th of its peak back in 2012, he expected profits to bounce back to ¥20 billion ($188.7 million) within three years.

Now Nikon is admitting that it overestimated how much its new Z Series line of full-frame mirrorless cameras would brighten its prospects.

In its 2nd quarter results for fiscal year 2020, Nikon revised its financial forecasts for the year, dropping its predicted revenue from the imaging business from ¥260 billion to ¥235 billion (a drop of nearly 10%) and lowering the operating profit from ¥12 billion (~$110 million) in profit to a loss of ¥10 billion (~$92 million).

Nikon blames the forecast change on an “overestimation of market size/share” and the fact that the shift toward full-frame mirrorless cameras away from full-frame DSLRs “has not accelerated as expected.” 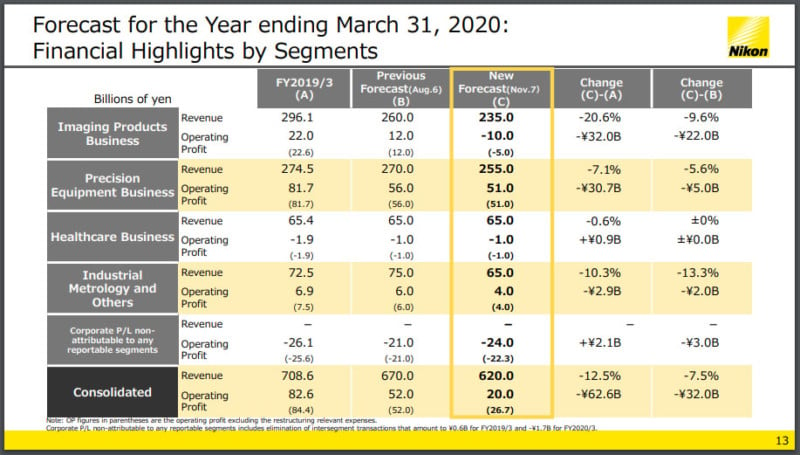 Nikon’s Precision Equipment business is expected to start generating more revenue and significantly more operating profit than the Imaging Products business (¥51B vs -¥10B, respectively).

The revenue and sales charts of the imaging business aren’t heading in the right direction. 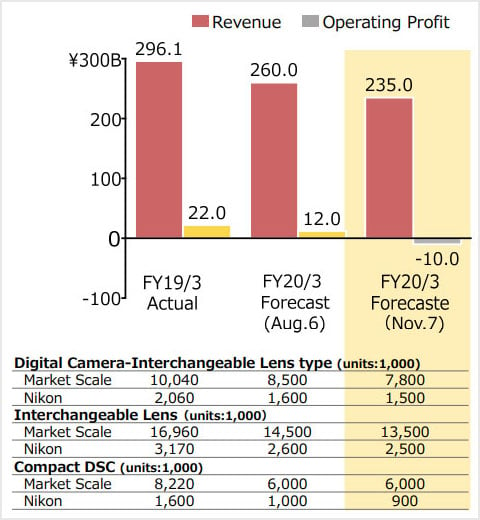 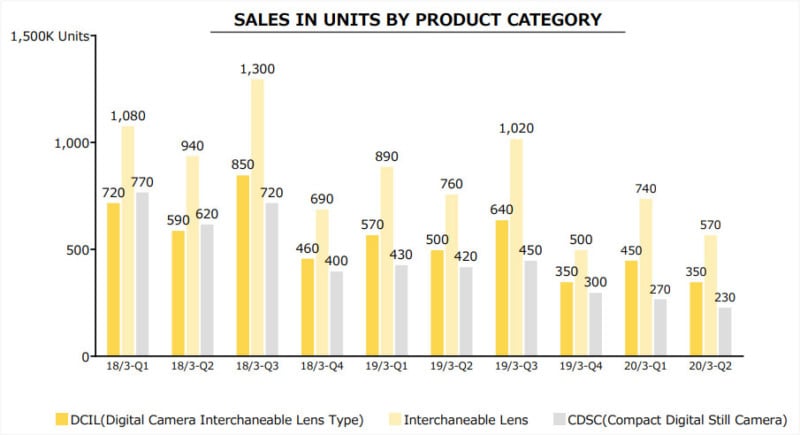 While Nikon’s other business segments performed mostly in line with expectations, the Imaging Products business underachieved.

Nikon says that in addition to overestimating how many mirrorless cameras it would sell, the market deterioration in digital cameras as a whole has been worse than expected. 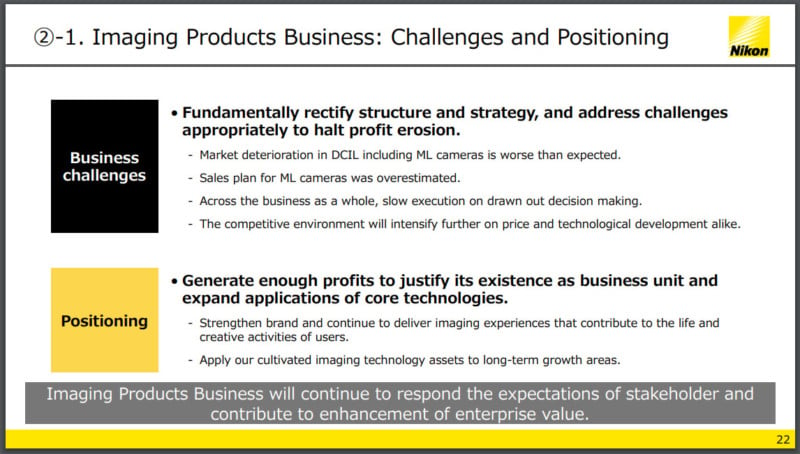 So moving forward, Nikon is planning to take drastic steps to right the ship. It says it will “fundamentally transform” the structure of its Imaging Business to “revitalize” it amidst the ongoing “harsh environment.”

Restructuring and optimization will be happening in plants and units around the world. 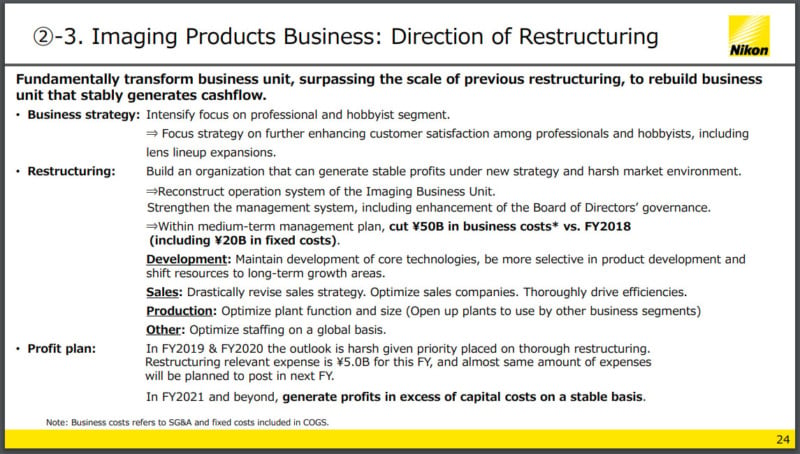 The goal of all this? To “generate enough profits to justify [Imaging Products’] existence as a business unit.”

In other words, Nikon cameras and lenses need to start contributing to Nikon’s bottom line again instead of weighing it down.