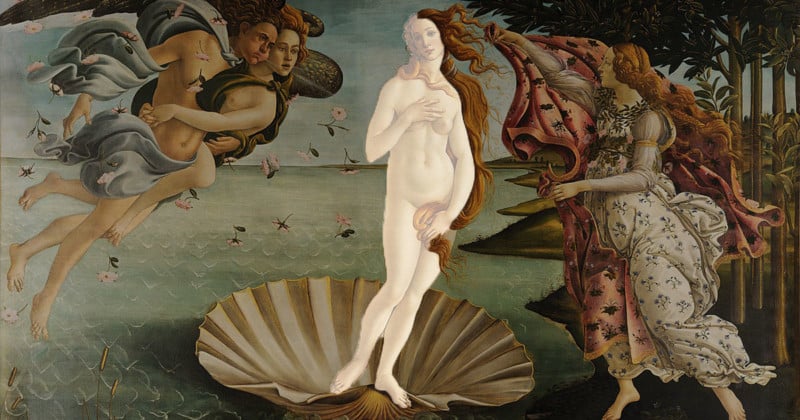 Contrapposto, Italian for “counterpoise”, is a type of pose used since ancient times in which a person stands with most of his or her weight on one foot so the shoulders and arms twist away from the same plane as the hips and legs. It seems artists of old were onto something, as a new study has found that contrapposto posing makes people look more attractive.

In a paper titled “Waist-to-Hip Ratio as Supernormal Stimuli: Effect of Contrapposto Pose and Viewing Angle,” published in the journal Archives of Sexual Behavior, Dr. Farid Pazhoohi of the University of British Columbia reports that contrapposto poses may be more aesthetically pleasing because they alter the waist-to-hip ratio.

Pazhoohi and his fellow researchers created 3D avatars of a woman — the study didn’t explore contrapposto posing in male subjects — cropped to show her from just the shoulders to the knees in two poses: standing straight up and in a contrapposto pose.

68 heterosexual university students (25 men and 43 women) were then shown the images and asked to rate their attractiveness while eye-tracking was done to capture where they looked.

Both sexes rated the contrapposto pose as being more attractive, and the eye-tracking found that people spend a longer time staring at the side of the female body that has a lower waist-to-hip ratio.

“We think that artists have intuitively figured out that this posture is more attractive, and applied it in their artistic endeavors,” Dr. Pazhoohi tells The Guardian. “[W]hen models do catwalk or dancers do belly dancing, they try to appear frequently in exaggerated contrapposto body forms, including lower than 0.7, and people consider these movements very attractive. Similarly, when women walk on high heels, it helps accentuate the contrapposto form.”

This also explains why contrapposto poses have long been used by photographers and why they can be found all over Instagram as well.