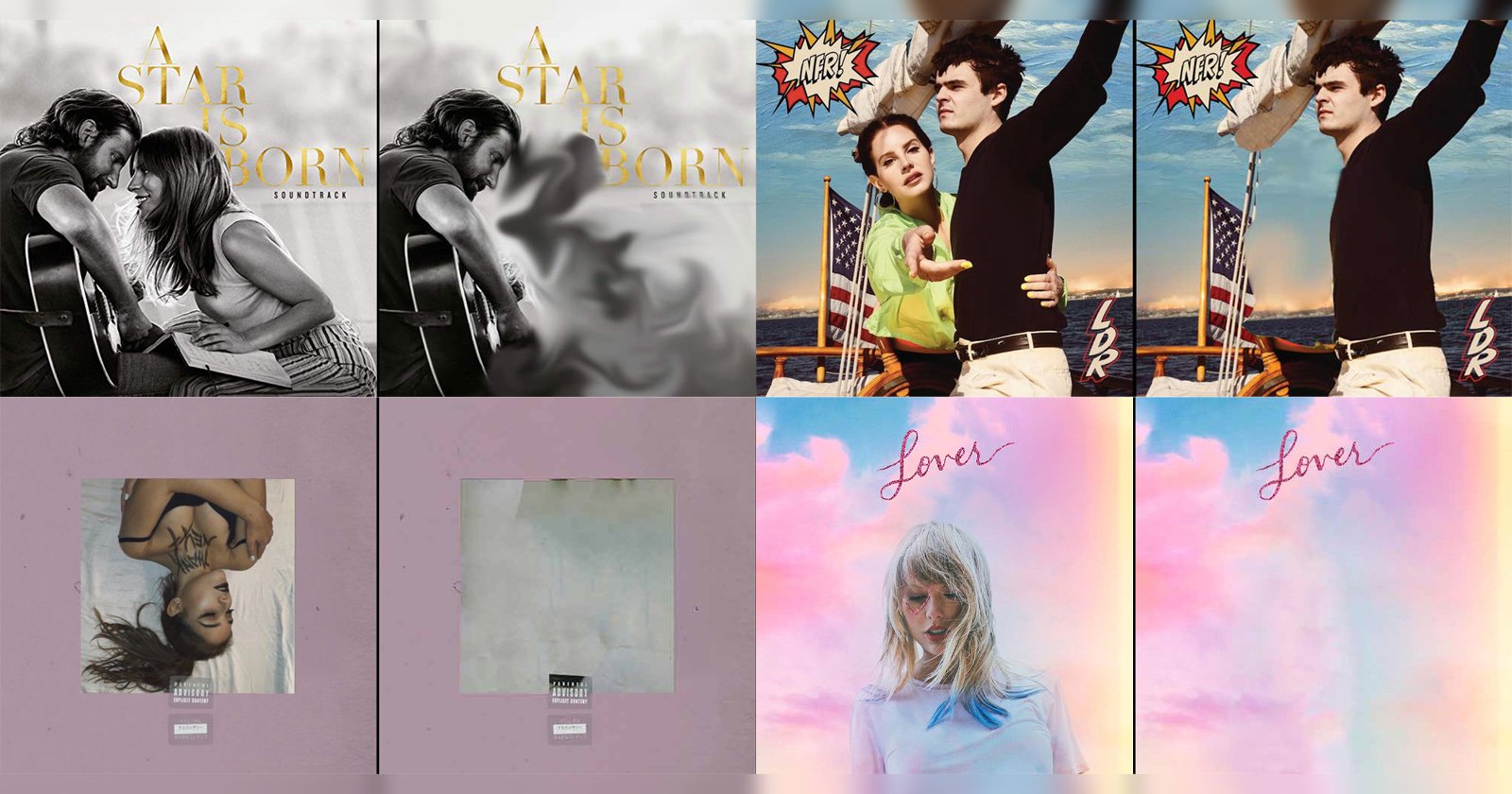 Iranian music streaming website Melovaz is under fire today after it was discovered that, in accordance with the country’s strict censorship policies, the site is forced to Photoshop out women out of album cover art. The policy means that women are being scrubbed—often very poorly—out of their own cover art, resulting in some very strange, almost comical album covers.

As reported by Insider, the music site was first “exposed” on Twitter by user @IzzRaifHarz. “If you are bored then you can try checking this music streaming site from Iran,” writes the Twitter user, “they censored every female on music artwork like they don’t even existed.”

If you are bored then you can try checking this music streaming site from Iran, they censored every female on music artwork like they don't even existed 💀.

Search for your fav female singers and see how they totally changed the covers.https://t.co/lRWA1yW16j

The extent of the censorship staggering. Every single woman in every album cover—even if a woman is all there is on the album cover—has been scrubbed. Some of the world’s most popular female artists like Taylor Swift, Lady Gaga, Ariana Grande and Beyoncé have all been unceremoniously removed from their own album art, leaving behind terrible Content Aware Fill artifacts in most cases.

Here are just a few popular albums and singles we found after a quick 10 minutes of searching Melovaz:

Even the cover art for playlists—which Melovaz seems to pull from Spotify—are not safe. Here is a screenshot of the top “This is …” playlists, which usually feature a portrait of the artist. All of the empty ones featured women:

Ironically, the actual content of the songs seems to be left alone. So crude lyrics are seemingly okay, but a close-up of female lips is off limits.

For now, Melovaz has not made any public comment about the practice, nor has the album art been updated or taken down entirely as of this writing. To see some the Photoshopped covers for yourself, head over to the Melovaz website and search for your favorite female artist.

This May Be the Oldest Known Photo of a Living Animal