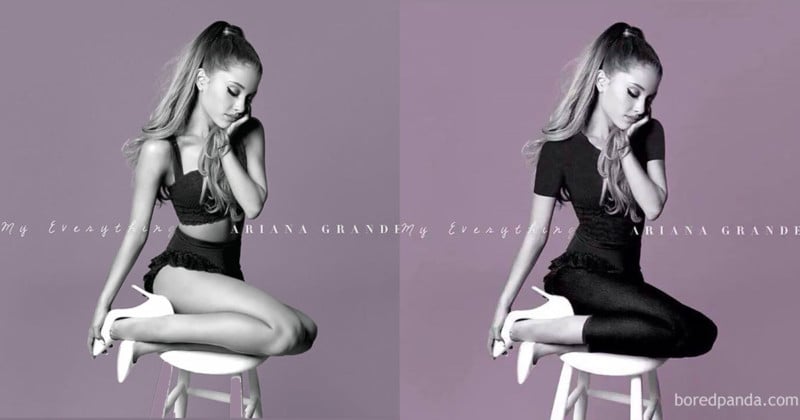 I admit, the first time I saw these images I though they were fake. Someone probably added their clothes on as a joke. But when I realized the context and saw the source of the images, it made sense. The fact that the execution was bad made it hilarious.

Bored Panda published a series of before-and-after photos showing how the same products and images look in the West versus the Middle East.

“Bikinis and mini-skirts may be commonplace in the Western world, but the Middle-East is a slightly different story,” Bored Panda writes. “Countries like Saudi Arabia and Iran enforce strict modesty laws on women in keeping with Islamic tradition, and prohibit any skin other than the face and hands from showing. These restrictions even apply to Britney and Madonna, as it turns out.”

For example, we have Christina’s album, Lotus. We’ve seen the cover, and then the bottom is the one seen abroad.

I had absolutely no idea they did alternative covers (and advertisement photos) but it makes complete sense. It’s fascinating taking a look at a few of them! 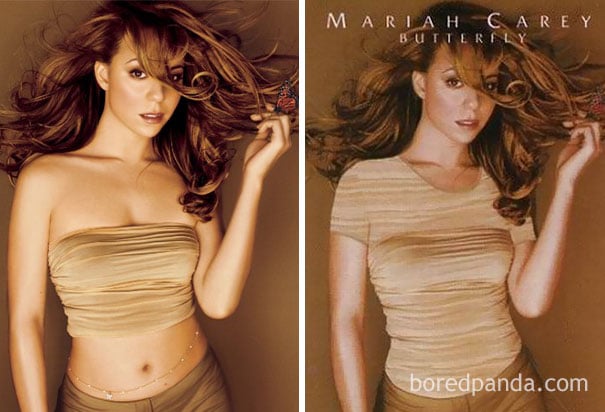 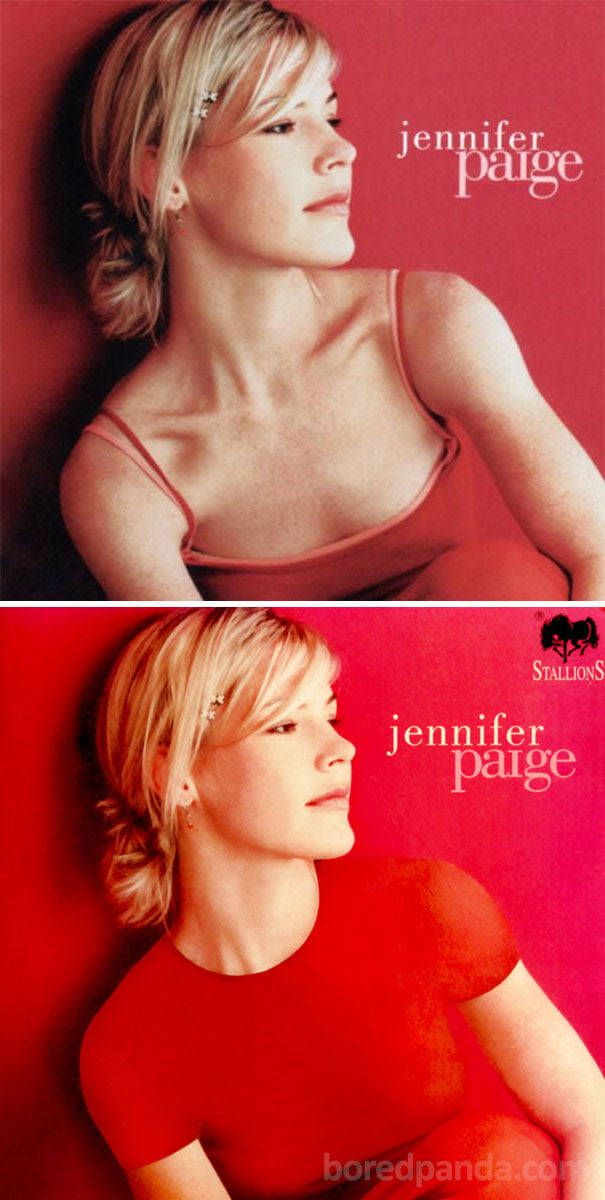 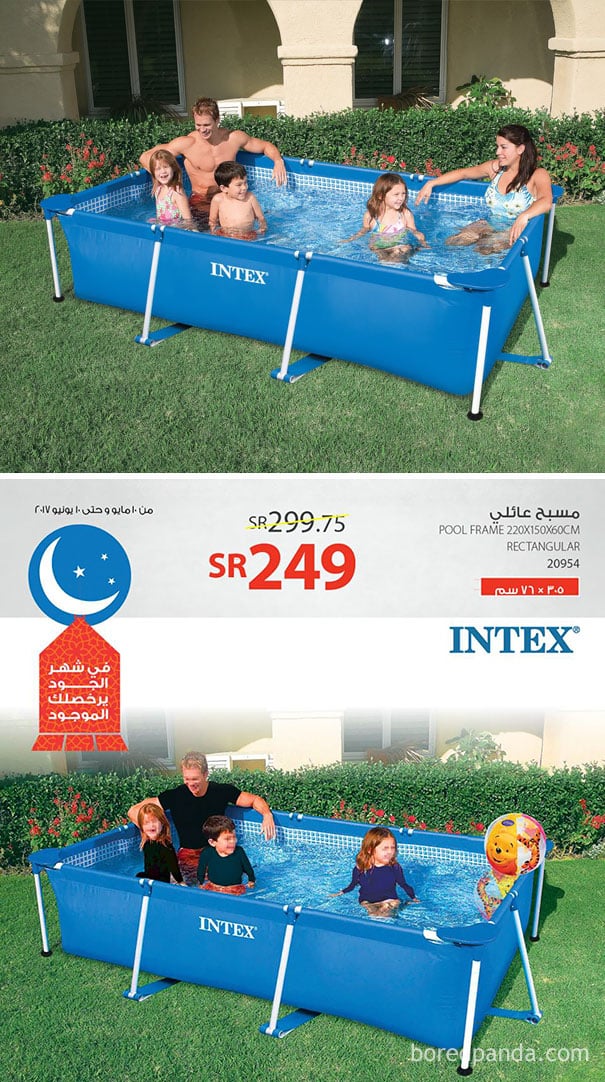 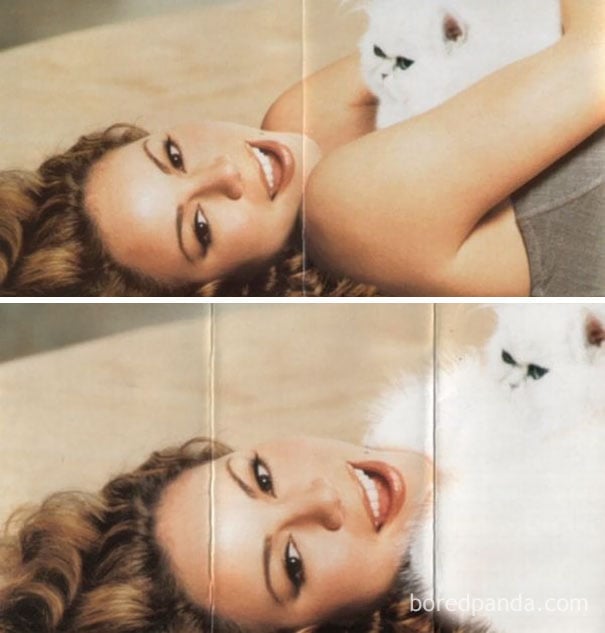 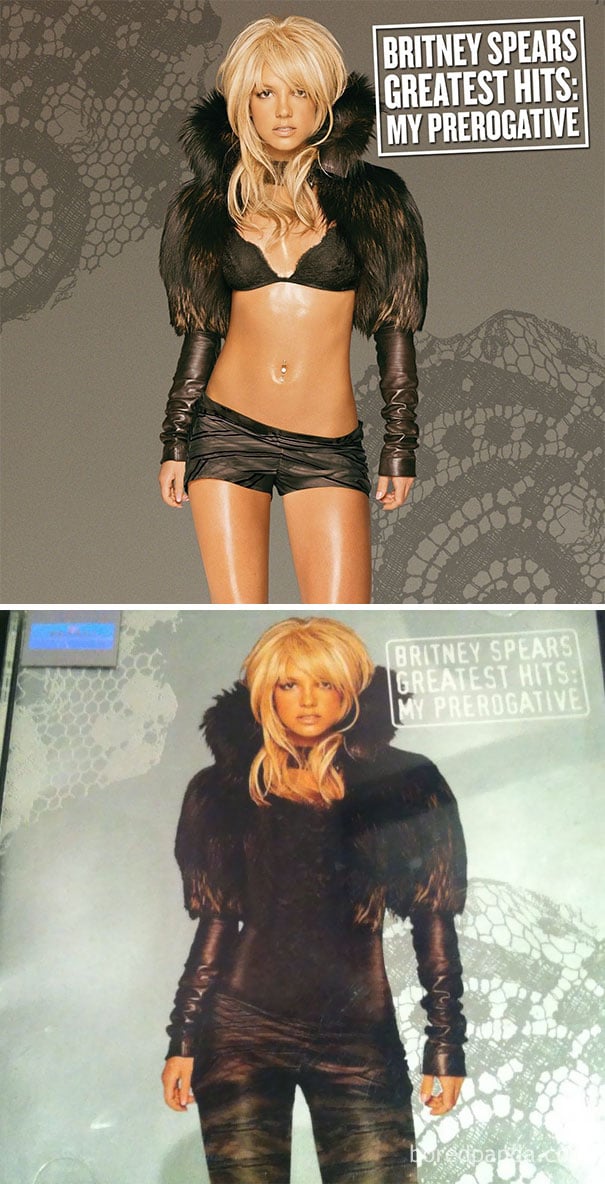 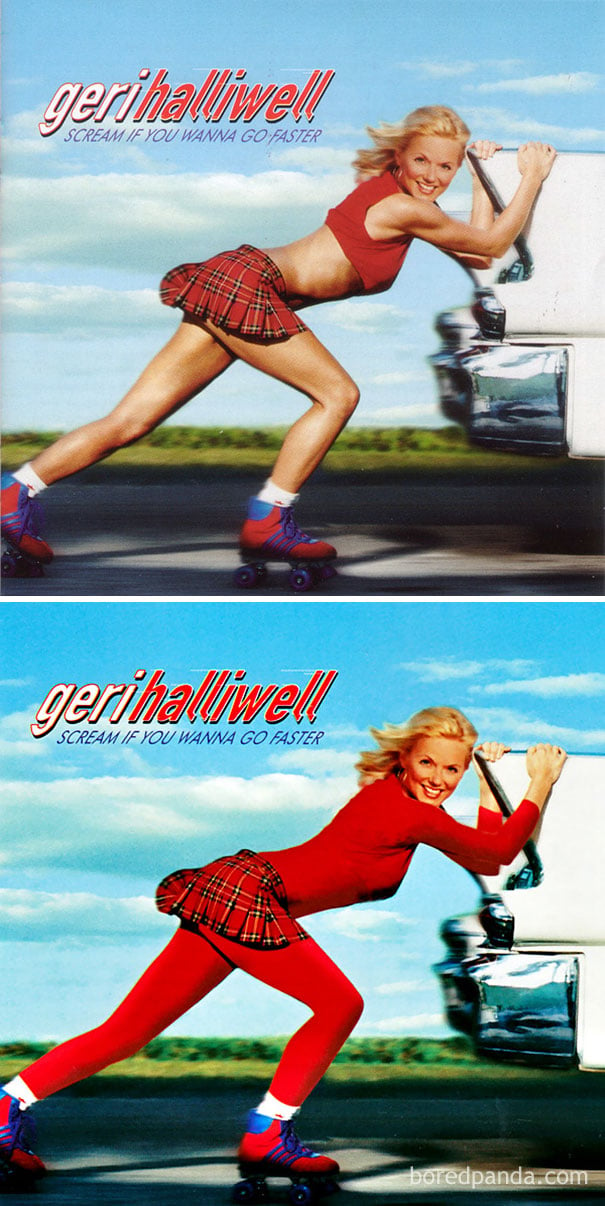 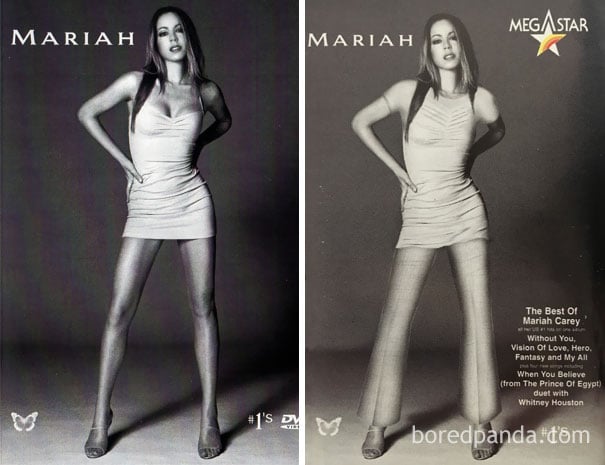 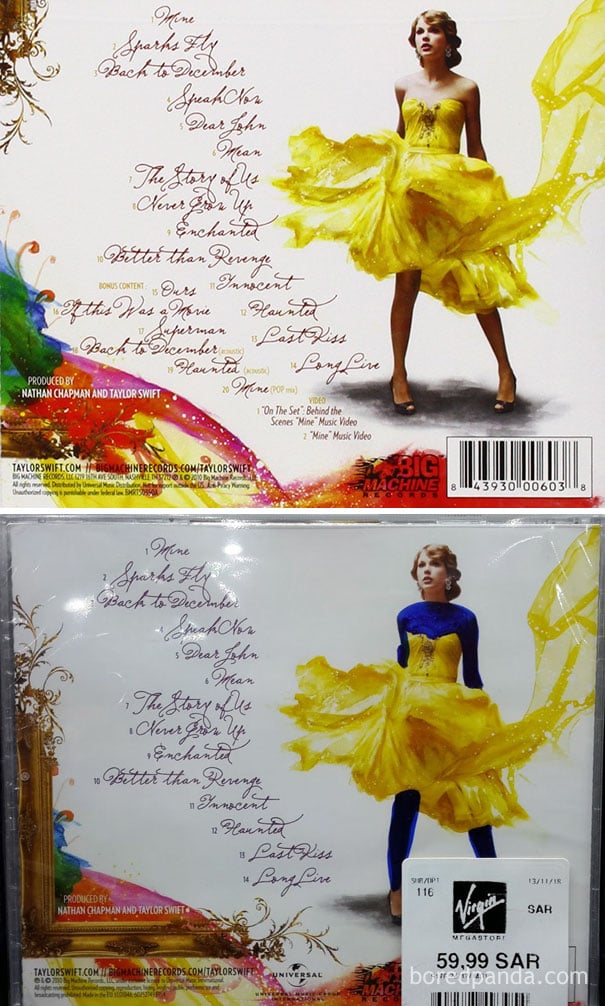 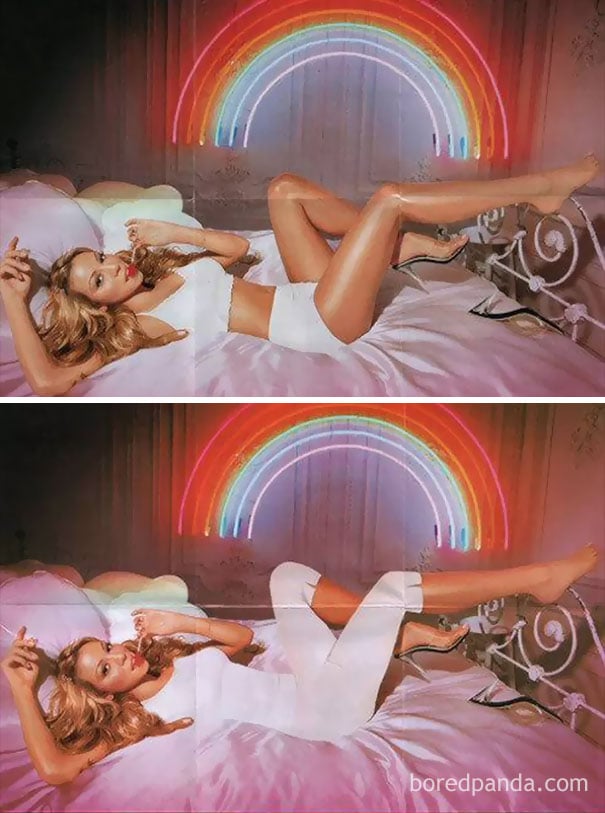 (via Bored Panda via Retouchist)