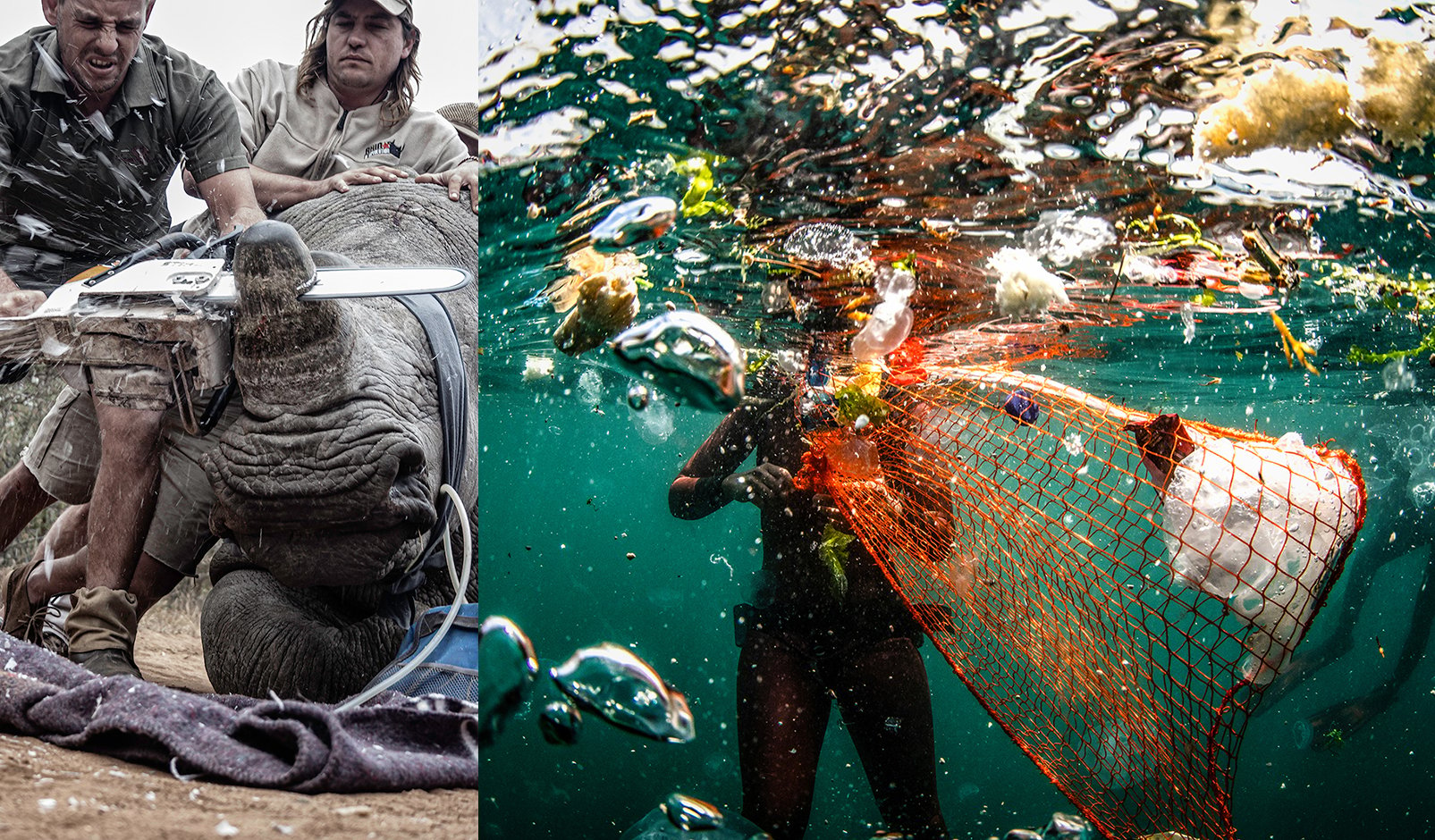 Last week, The Chartered Institution of Water and Environmental Management (CIWEM) revealed the winners of this year’s Environmental Photographer of the Year awards, highlighting images that turn an unblinking eye on man’s impact on the environment in ways both subtle and direct.

The winning images were revealed on the same day as the UN’s Climate Action Summit in New York, and the CIWEM didn’t pull any punches in describing the global climate crisis depicted in many of the photographs:

“These winning photographs reveal the raw reality of how people and wildlife are struggling with the impacts of climate change all around the world,” reads the CIWEM press release. “This award exists to inspire change from political leaders, decision makers, and the general public.”

Photojournalist SL Shanth Kumar earned the title of Environmental Photographer of the year for his harrowing image Hightide Enters Home (above), which depicts a wave throwing a 40-year-old fisherman out of his home in the western suburbs of Mumbai. Fortunately, the man was rescued by fellow fishermen before he could be swept away, but the moment—and the image—has left a lasting impact on Kumar.

“I believe change is a constant phenomenon. Today this change is manifesting in the form of climate change,” says Kumar. “As a photojournalist, I am seeing it all unfurl before my eyes. I have seen drought, excessive rain, summers getting hotter and winters getting colder. I believe this change is not good and we need to act now otherwise it will impact the generations to come.”

Scroll down to see the rest of the category winners, as well as some that we selected from the shortlist. To see the full shortlist from this year’s contest or learn more about the Environmental Photographer of the Year competition, head over to the CIWEM website.

It is unusual for someone like me to attend a dehorning. It is not easy to watch but this is a last ditch attempt to keep rhinos safe from poaching.

Fallen trees lie on a beach as the waves from the Funafuti lagoon in Tuvalu lap around them. Land erosion has always been a problem for the country but problems are intensifying as sea levels rise, inundating the coastline more frequently.

The 1st of January of 2018, Mexicali was one of the most contaminated cities in the world because the pyrotecnics, climate change, geographic location, industry and cars.

A young boy drinking dirty water due to lack of water points in the area due to deforestation thus this leading to health risks to the boy.

Hambach Forest was nearly 12000 years old when it was bought by a power company to dig for the brown coal buried underneath. The ancient forest was once the size of Manhattan. Now only 10 percent of it remains.

Heart of the Ocean by Tran Tuan Viet In the Sisdol landfill in Nepal wastepickers rummage through garbage all day long looking for materials or valuables to sell. This temporary landfill located near Kathmandu has been in operation since 2005. Today it is running out of its capacity.

Lungs of the Earth by Ian Wade 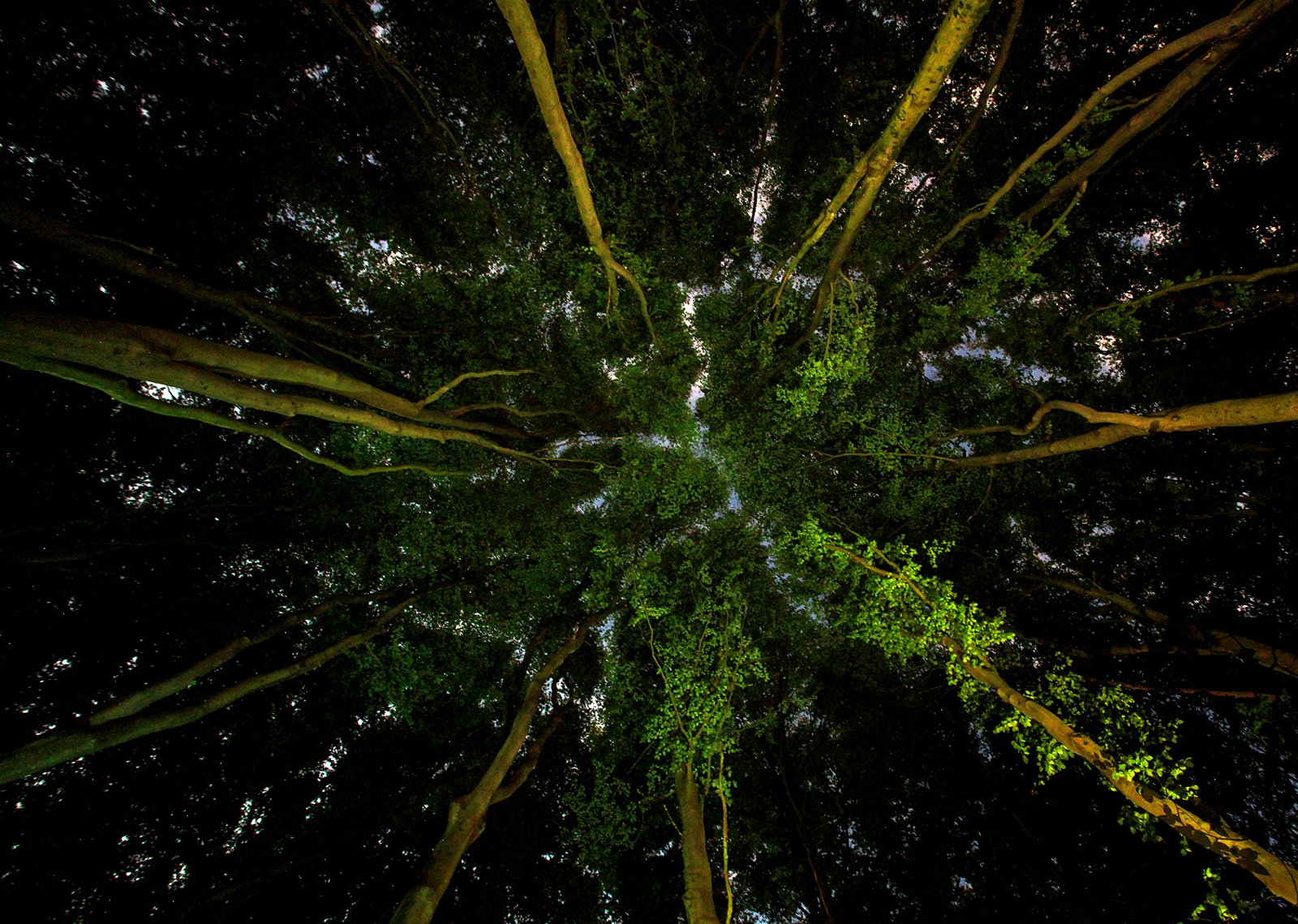 Photographing trees at night with a long shutter speed and 4 LED spotlights isn’t easy—the tiniest amount of wind will blur the canopy. It took me 5 long nights to capture this image. But it was well worth it, the final image shows the trees in all their spendor. 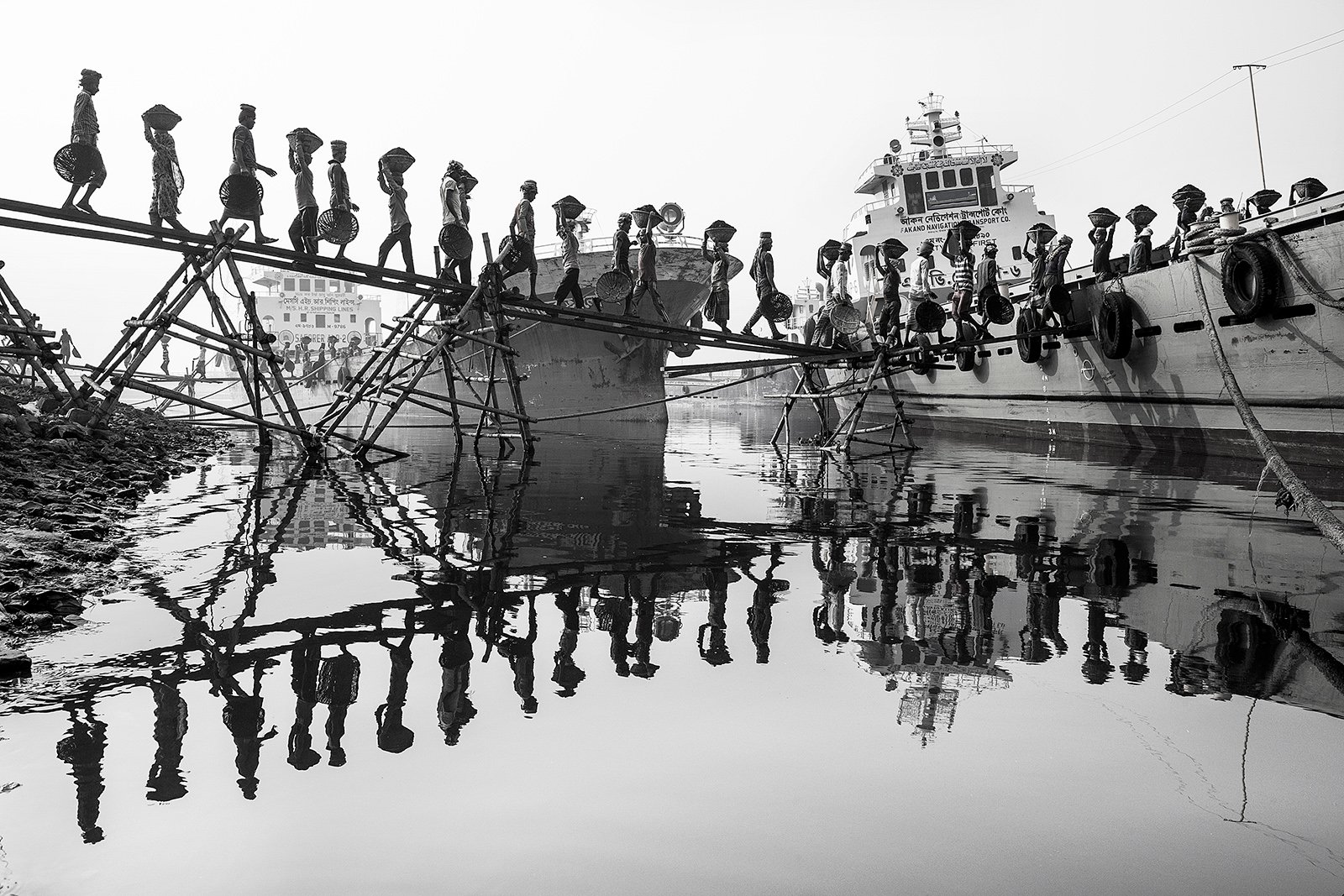 Thousands of ultrapoor people come to the capital city of Dhaka to find work, failed to get good works, and are now performing grueling jobs such as coal unloading from light vessels, carrying the load on their heads. 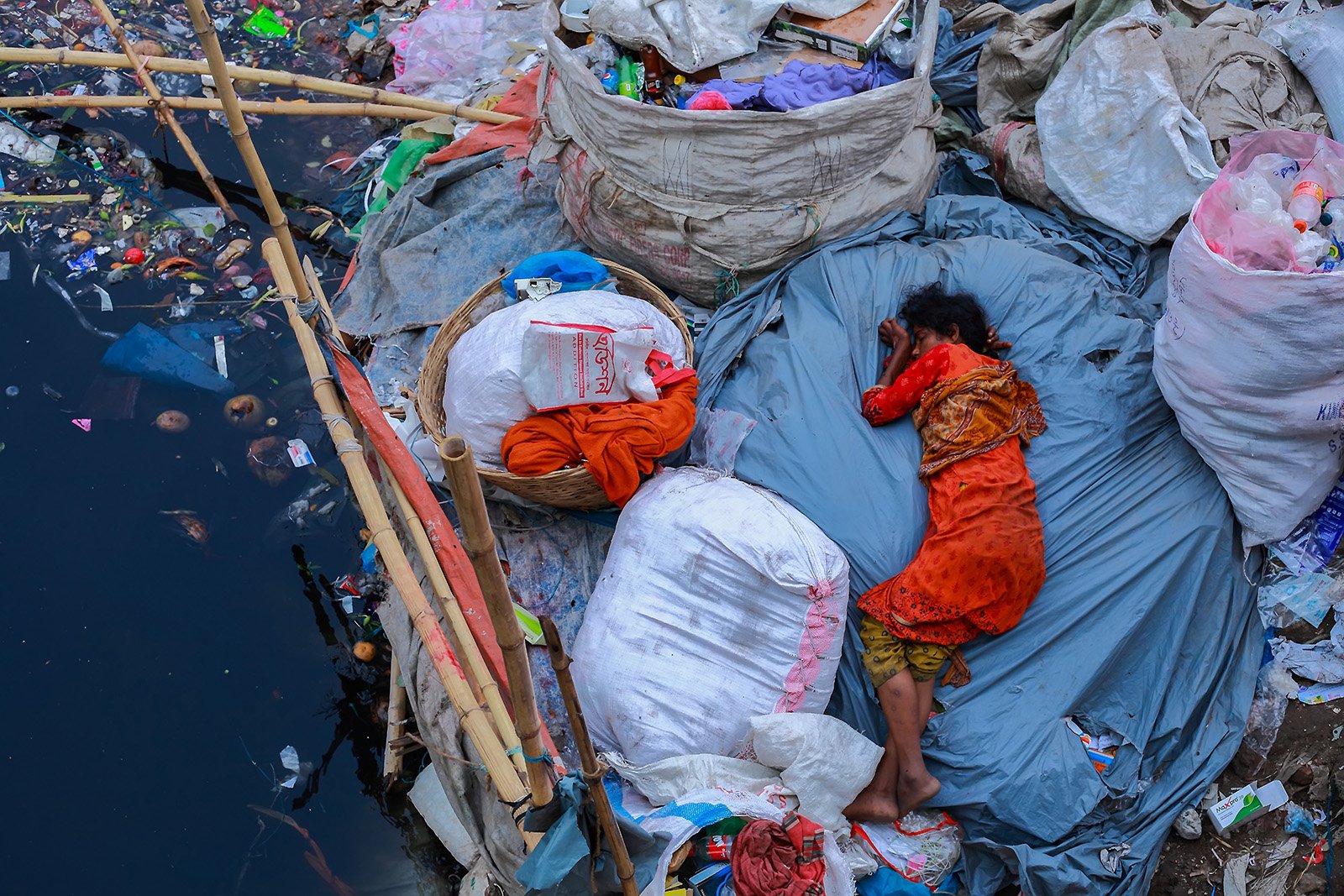 A women sleeps on a dirty riverbank in Dhaka, Bangladesh. A boy plays with a plastic bag. About 380 million tons of plastic is produced worldwide each year. Production increased exponentially from 2.3 million tons in 1950 to 448 million tons by 2015. Every day approximately 8 million pieces of plastic pollution find their way into our oceans. 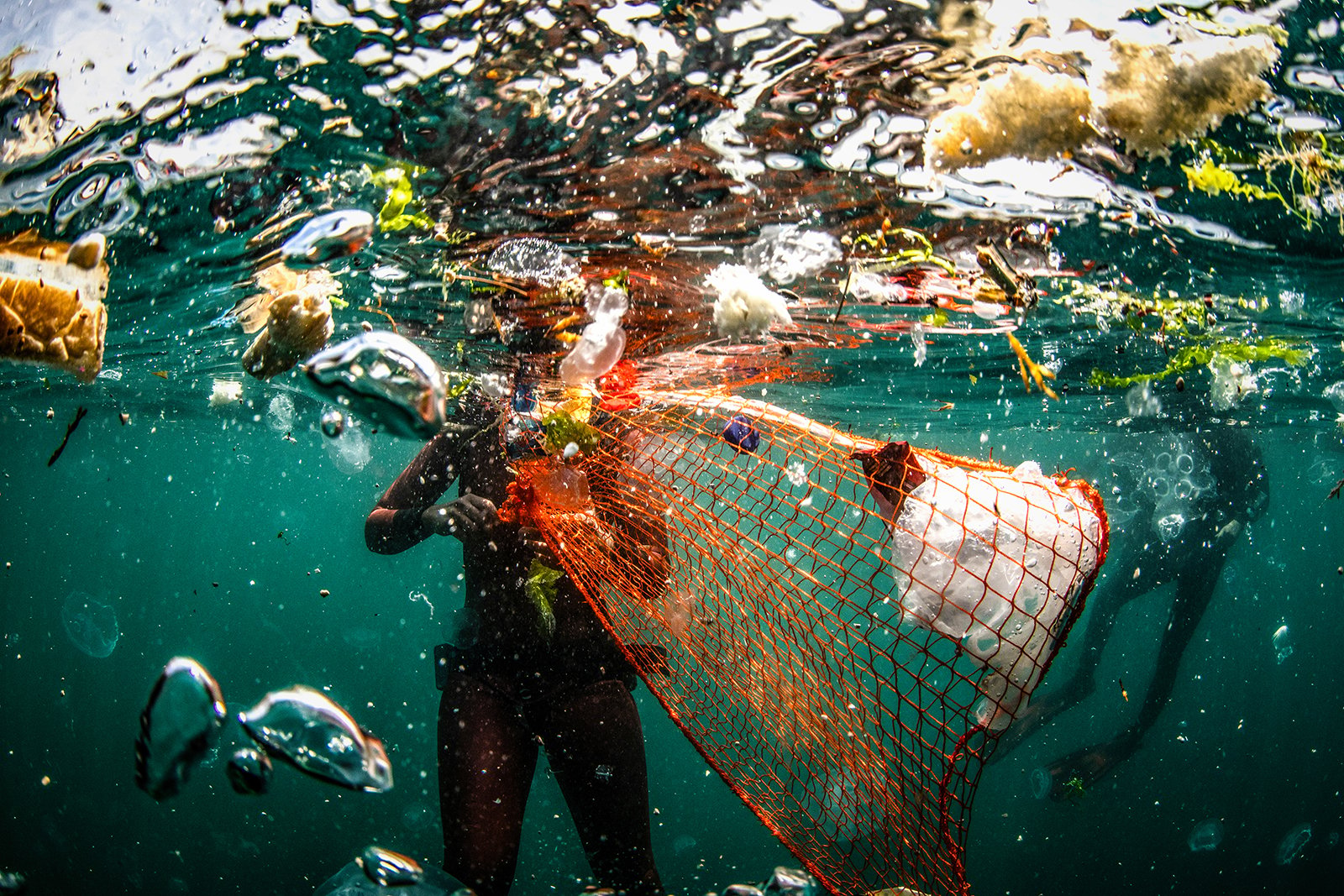 Underwater cleaning in the Bosporus within the Zero Waste Blue Project

Image credits: All images used courtesy of CIWEM/Environmental Photographer of the Year

A 10-Minute Guide to Getting Started in Astrophotography

Creativity is One of the Least Desirable Traits in a Partner, Study Finds