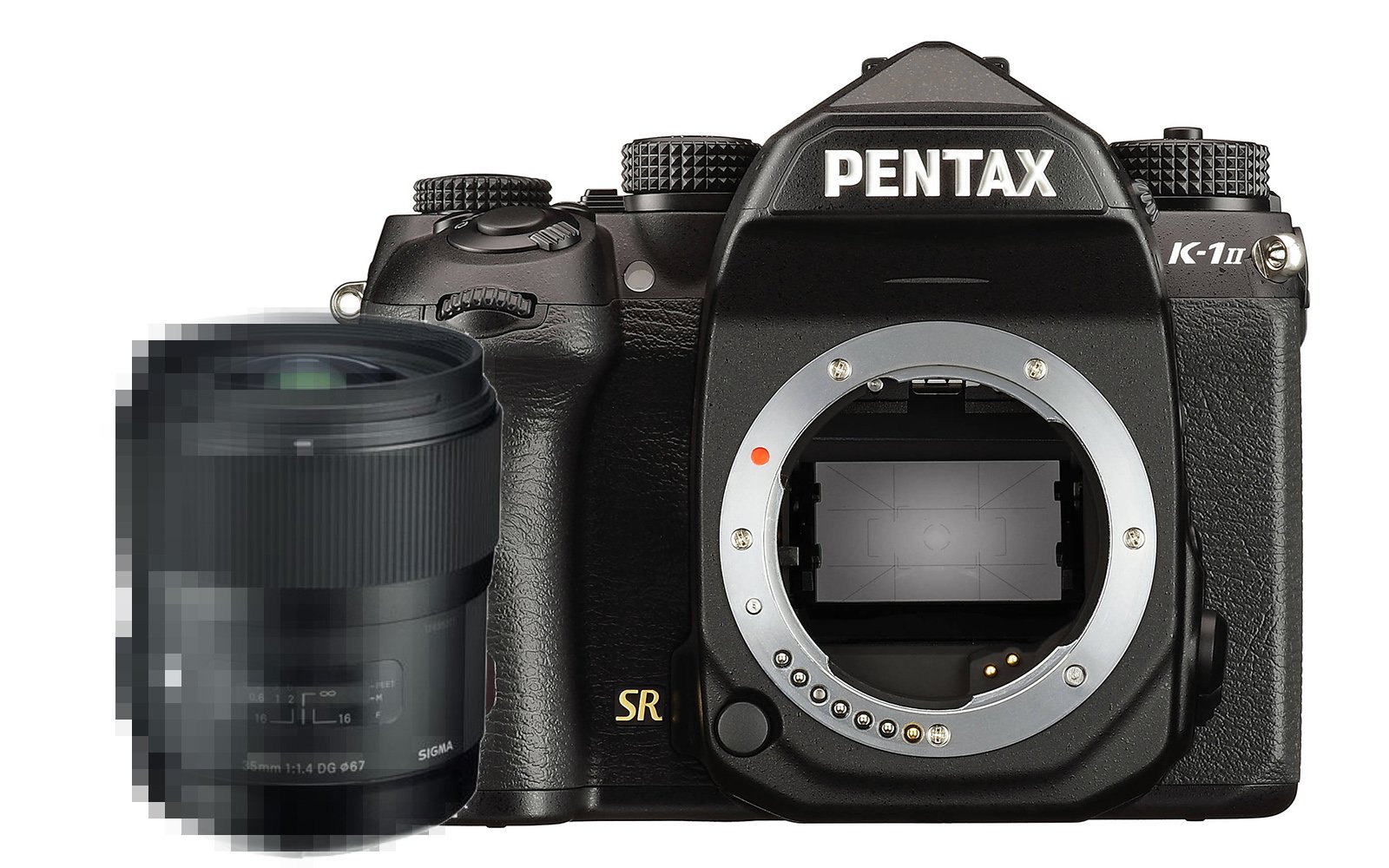 Sigma has officially announced its intention to stop producing lenses for the Pentax K-mount. Due to the dwindling number of Pentax users, says Sigma, the brand will shift focus and resources towards developing lenses for mirrorless cameras.

The news first appeared on the Sigma Czech Republic Facebook page, where the brand announced that it has decided “to completely end the production of Pentax K-mount lenses this fall” in order to “focus more on developing and supporting mirrorless systems, which they see as the future.”

You can read the full (poorly translated) post below: 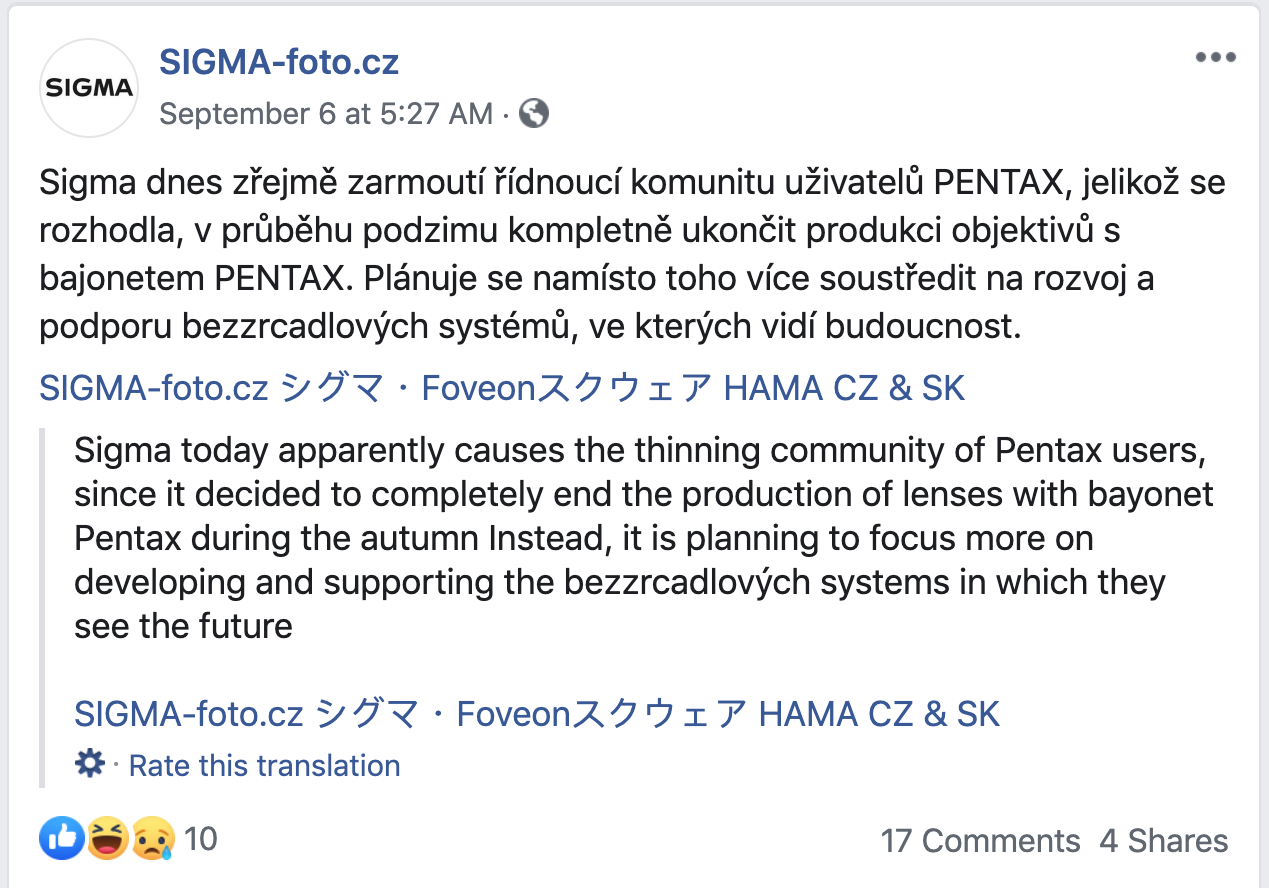 DPReview was able to confirm the news with Sigma Imaging UK, so it does seem that the announcement is true: Sigma will no longer make any lenses for the Pentax K-Mount.

Given the announcement of two brand new mirrorless lens mounts (the Canon RF and Nikon Z mounts) and Sigma place in the nascent L-Mount Alliance, the move is not surprising. There are a limited amount of resources to go around, and Sigma finds itself producing lenses for more mounts than ever before.

You can still pick up some popular Sigma lenses in the K-Mount … for now. But if you’re interested in growing your Pentax lens library, we suggest you do it sooner rather than later. Almost every Sigma Pentax-mount lens is currently being sold at a discount online, and once retailers run out, it doesn’t sound like they’ll be getting anymore.

I Was a Photographer at the Pentagon on 9/11