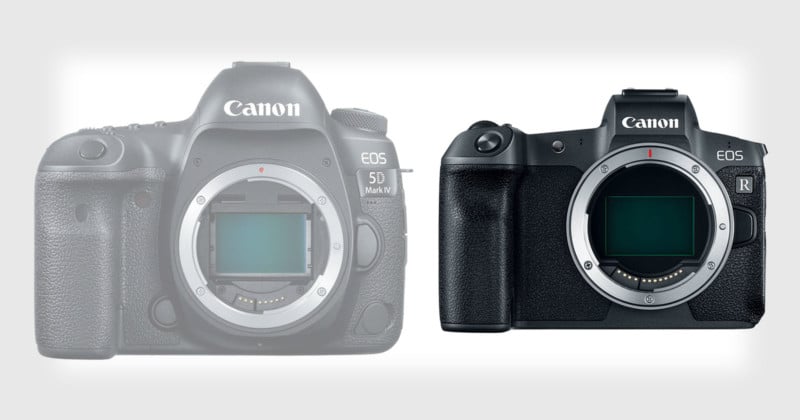 Last year, during a panel discussion at one of the yearly industry conferences, I said that my hope was for DSLRs to soon vanish… I said this not because I haven’t enjoyed the incredible strides made in photo technology during the era of the DSLR — both as a camera store owner and a recreational photographer — but because, despite our attachments, we must embrace a mindset of “out with the old and in with the new.”

To fall in love with technology is a dangerous proposition, due to the fact that the nature of tech is to move forward, to change, to evolve. And like any new, emerging advancement, it’s easy to cautiously regard it as a vague opportunity or a flash-in-the-pan fad, but based on what I have seen in my own store, mirrorless is already an opportunity in the midst of being seized.

In fact, it’s on the verge of becoming a full-blown craze. That’s why I put down my DSLR, both literally and figuratively, and without a crystal ball (or even a pair of binoculars) did my best to look forward to the next frontier for this industry. I’m excited to say that it has arrived and it’s smaller, lighter, and faster than ever before.

The idea of “mirrorless” isn’t necessarily new — the first marketed mirrorless camera was the Epson R-D1 released circa 2004. But with the impressive strides made by companies like Sony, Panasonic, Leica, Fuji and Olympus, and now with the stunning Nikon Z series and Canon’s R and RP cameras, the great mirrorless transition is upon us.

Because there always seems to be something new on the horizon in the world of photography — a new camera, a new lens, a new accessory — it can make it hard to notice when a real game-changer is on its way. But this hasn’t been the case for the Mirrorless Revolution, a shift that’s effortlessly captured the imagination of professionals and hobbyists alike.

In addition to being lighter and smaller, they’ve successfully added functional features — like live-exposure and increased low-light sensitivity — while maintaining image quality. They’re also the most aggressive tools for video, which is quickly becoming symbiotic with the camera/photography world.

Never have we as photographers needed so much from our cameras, and never before has the hardware risen to meet the challenge so brilliantly. They’re quieter, too… It reminds us that change can often be scary, but this is a welcomed change for both consumers and the owner of your local camera shop…

Before I let you in on a little inside baseball, I would like to be totally transparent: I have personally made the switch to mirrorless. I am the proud owner of the Nikon Z7, but I won’t let that skew my objectivity about what I believe this means for the business of taking pictures.

The advent of the mirrorless camera, for me as a shooter, feels like a natural evolution. My two passions are traveling and photography, particularly landscape photography. What tool better overlaps between those two activities than the compact, lightweight-yet-rugged camera that’s capable of an almost 50-megapixel image and can focus on a dime?

With this technology, we’re afforded more advanced face/eye detection capability and a cavalcade of exposure tools, like Zebra and Focus Peaking. My favorite feature, however, is the totally customizable layout on the bodies themselves. If I want to adjust the aperture with my thumb and the shutter with my index finger, it’s only a custom menu setting away. As a person who likes things just so, the mirrorless experience has been an intuitive one, and something that feels more empowering than the often passive experience that comes with cell phone tech upgrades.

It was important for me to come to understand that these tools are not the signs of automation as is usually the case with advancing technology, but are instead great strides toward helping the tools reach the proficiency of the artisans and craftsmen who have been handling them all along. Mirrorless is giving us more control, not less.

As I mentioned, I think what is the most surprising thing about this revolution is that it’s happening so much faster than anyone expected. I include myself and the average customer in that observation. But camera manufacturers have revealed the public’s readiness to embrace the next chapter for our industry. And what’s wonderful is this shockwave has been felt right up to the top levels of the major manufacturers.

As owners, we attend several conferences per year where matters of the industry are discussed. The hot topic on everyone’s lips has now shifted to mirrorless. For some major players, it’s definitive that DSLRs are out and mirrorless is in. And it’s even been suggested that the new generations of iconic, flagship (previously-mirrored) cameras will be redesigned and released as mirrorless.

This is great news; not only does the industry have their finger on the pulse of what the customer wants, but it also shows our industry as a whole is robust and healthy.

What invigorates me most about this transition, however, is that for a business it means a two-pronged approach toward our ultimate goals: providing optimum customer service and focusing our energy on investing money where it bears the ripest fruit. Mirrorless does this by simply equipping us with what our clientele desires, and by allowing us to reduce outdated inventory. What we save from discontinuing obsolete equipment we can reinvest into stocking absolutely everything our customers could possibly want for their mirrorless upgrades.

Generally speaking, we’d much rather be filling our stores with only the hottest items, minimizing the intense financial burden of supporting a (soon-to-be) dead technology. This process will prove itself to be a revolving door. The more we can do for our customers, the more our customers can do for us. As always, it boils down to going the extra mile for the people who support us. Having the newest and best on our shelves is the number-one requirement to ensure the customer can continue to grow right alongside your shop.

Having said that, I would also just like to mention — despite all the colorful euphemisms about the death of the DSLR — for you shoppers out there reading this who aren’t ready to let go of your beloved mirrored camera, I wouldn’t panic. Due to the sheer volume of DSLR lenses still available, these bodies won’t vanish overnight. You’ll see an adjustment in where resources are being placed and where marketing is being targeted, but you’ll still be able to find support for DSLRs.

I do think it’s safe to assume that a boom is coming for mirrorless lenses; cameras of this caliber can not continue for long with only a limited selection. But until that boom comes, DSLRs aren’t quite going the way of the VHS tape.

I hope it’s clear from this article that many of us within the industry believe that the happiest customer is the well-informed customer. We’re doing our best to help people navigate an industry that changes at the rate of light-speed. For example, during one of our recent “trade-in” events — where people can sell or trade their used gear for cash or store credit — we saw a dramatic drop in the values offered for DSLRs. This coincided with industry-wide price drops on most DSLR cameras across the board.

Tried and true economic theory tells us that once something is marked down, they’re making way for something new. This should be the biggest indicator for the customer to start thinking about future-proofing their upcoming purchases. Sony is also enjoying wild success with its popular “Be Alpha” events, which totally focus on… you guessed it, their E-Mount mirrorless cameras.

Overall, I am just thankful for the partnerships forged between the three components of the photography industry: the customer, the camera shop, and the major manufacturer. The customers continue to walk through our doors and the major manufacturers continue to promote an open and productive dialogue with stores. Year after year, they produce the finest camera technology the world has ever seen and their passion trickles down to all involved in this enduring art form and craft.

Like anything else, it’s a relationship. If the customers continue to buy mirrorless cameras hand-over-fist, the big manufacturers will be further incentivized to develop support in the form of lenses and accessories.

If I had to mention a drawback of mirrorless (which I should for the sake of objectivity), I would say there just isn’t enough hardware support… yet! But like I said, the customer has the power to change that, and the manufacturers are listening. Your purchases count. And as the thirst for mirrorless continues to be unquenchable, we’ll see our whole industry become smaller, lighter and faster. And did I mention they’re quiet?

Yes, it’s hard to imagine a world without the ca-chug of the camera shutter, but sometimes a statement is more powerful in a whisper than a shout. To paraphrase T.S. Eliot, mirrorless has come with a bang, and I don’t see it whimpering out any time soon.

About the author: Joe Dumic is the owner of B&C Camera in Las Vegas. The opinions expressed in this article are solely those of the author. Driven, literally and figuratively. That is how one could describe Joe Dumic’s passion for the art of photography. In the literal sense, working from his home base in Las Vegas, Nevada, Joe has driven hundreds of miles at all times of the day and night, or hiked for hours, or waited for hours to catch the magical moment for his images. In the figurative sense, Joe is driven by the desire to capture his sense of photographic artistry in a strong, emotional, provocative and unique style. It’s not hard to believe after seeing his photographs that Joe gave up a successful high-level corporate job to pursue what he really wanted to do. In addition to his photography, Joe owns and manages one of the fastest-growing camera shops in the southwest US and is part owner of a photo gallery where many of his works are on display.

What Are Aspherical Lens Elements?

The Medium Format Experience: High ISO and the Milky Way