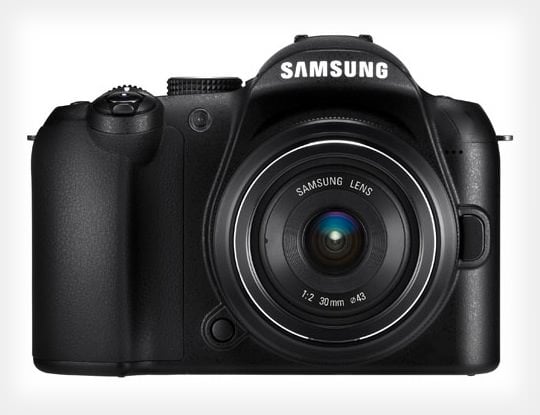 Last year Olympus announced that it would be moving away from DSLRs in favor of mirrorless cameras. Today Samsung revealed that it’s moving towards mirrorless as well, except from compact cameras instead of DSLRs. The company is converting its main Chinese camera plant to manufacture high-end mirrorless cameras rather than the cheap point-and-shoots it has made in the past.

Digital imaging division head Han Myoung-sup told the WSL that Samsung’s “low-end compact camera offerings will gradually be reduced, as we are now concentrating on the mirrorless segment”. Samsung currently holds a 5% market share, and hopes to become the largest mirrorless company by 2015 with a 25% share. Worldwide mirrorless sales are also expected to increase by 60% this year, so Samsung is placing its bets on a hot section of the digital camera market.

(via Wall Street Journal via The Verge)

Shoebox App Turns Your Smartphone Into a Photo Scanner