When Skylum releases Luminar 4 in the fall, one of its main features will be a new AI-powered sky replacement tool that intelligently masks a new sky into your photos. We already reported on the upcoming feature, but now Skylum has released a sneak peek of the tool in action.

The initial announcement came with still photos, and while the results looked pretty impressive, there’s no way to know for sure that they were one-click creations as Skylum promised. This demo does away with any skepticism we may have felt; the AI Sky Replacement feature looks to be the real deal.

The demo above shows a beta version, so Skylum has told us that the UI will likely change before the feature arrives in earnest. In this version, all you have to do is select the AI Sky Replacement filter, crank the Amount slider up to 100, and then use the Texture slider to select a variety of different skies.

Whether we’re talking about a basic sky replacement that would be easy to create manually, or a much more complicated mask that would require complex selections, the tool seems to handle it with ease. Our only complaint is that it seems users will be limited to the skies that are build into Luminar 4—the demo doesn’t show any way of uploading your own alternative sky and letting the tool drop that one into the frame. 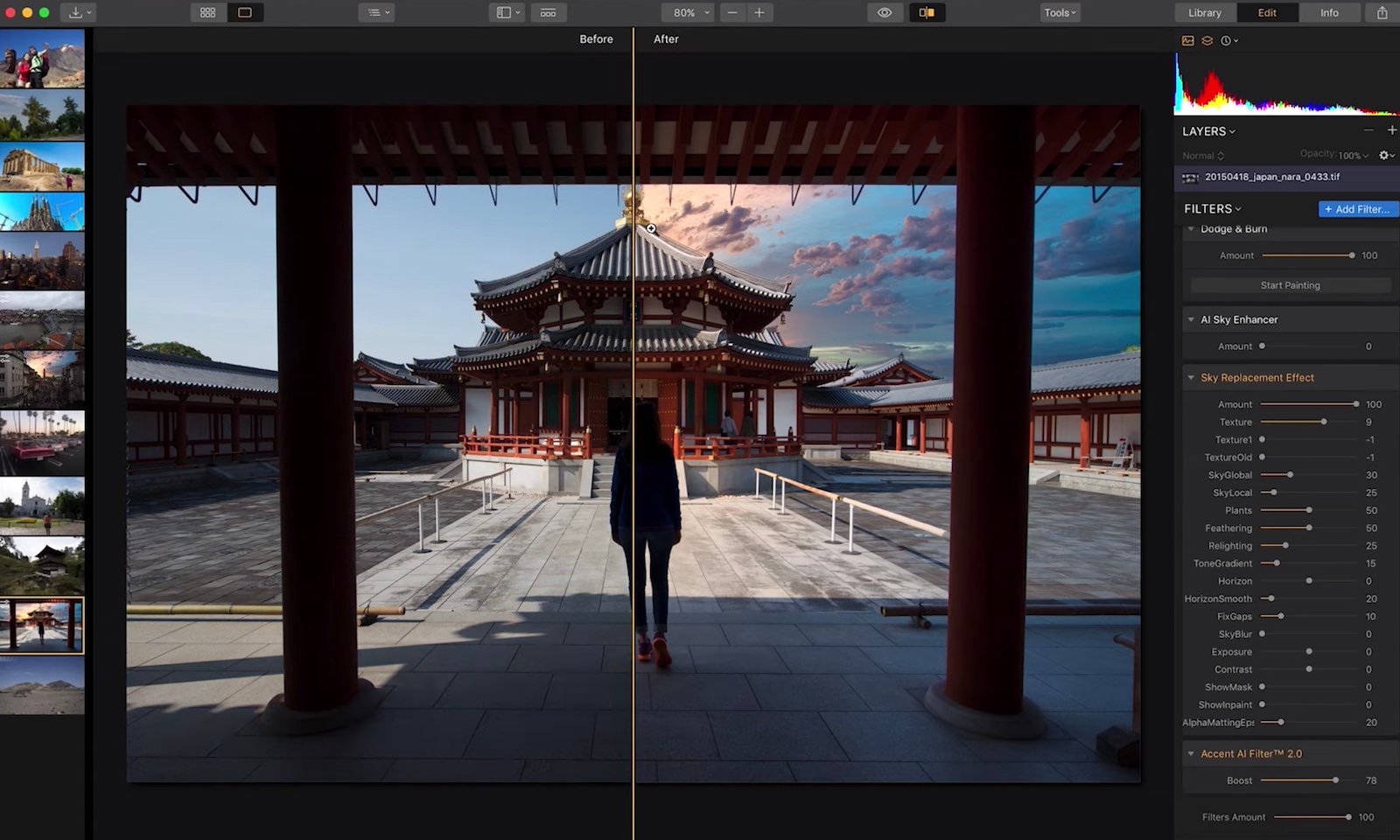 Skylum is quick to remind viewers that this won’t be the only AI-powered tool debuted in Luminar 4, so stay tuned for more updates. They also just released Luminar version 3.1.3 today with some bug fixes, hotkeys functionality, improvements to import speed, and new “Lost Edits Album” that preserves your edited photos even if the file is moved or renamed after the fact.

You can learn more about the Luminar 3.1.3 update here, but before you leave, let us know what you think of AI Sky Replacement. Is it a gimmick, or a powerful feature you actually see yourself using?

How to Make a DIY Mottled Backdrop for Just $30