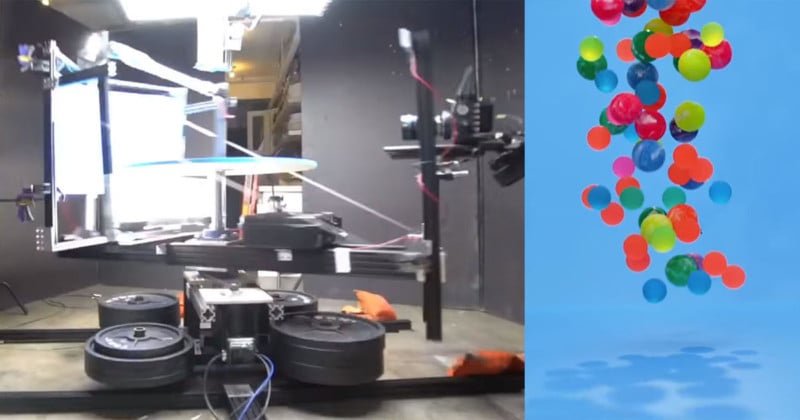 Steve Giralt is a photographer and “visual engineer” who uses wild-looking camera rigs to capture eye-popping shots seen in ads. His latest project involved a large, heavy camera rig that spins a Phantom VEO 4K high-speed camera around a tabletop subject at 150 rotations per minute.

Here’s a 2-minute behind-the-scenes video that shows the rig being built over 50 hours, it in action, and some resulting footage:

Giralt did the project in partnership with the ad agency FCB, Jack Daniel’s Honey, and Bubba’s Chop Shop.

“The goal was to make the lime falling in the drink look like it was being rotated around,” producer Halie Graham tells PetaPixel. “Because of this, we couldn’t just rotate the surface itself, but actually had to spin the camera around the surface to get the right look.

“It had to be incredibly fast to make sure the lime appeared to do one full rotation before splashing into the drink. Thus, the spinning rig was born!” 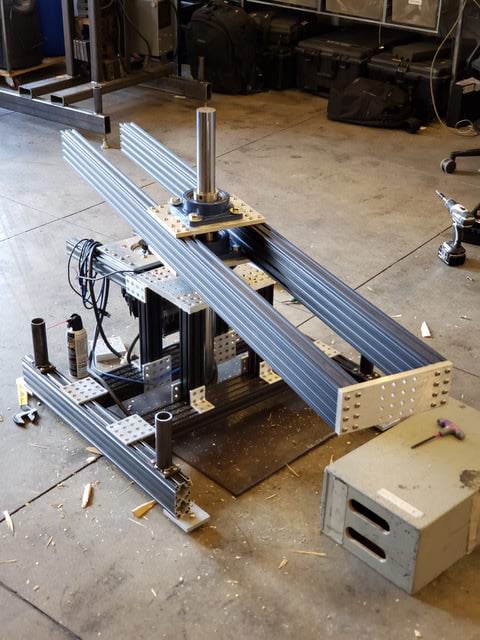 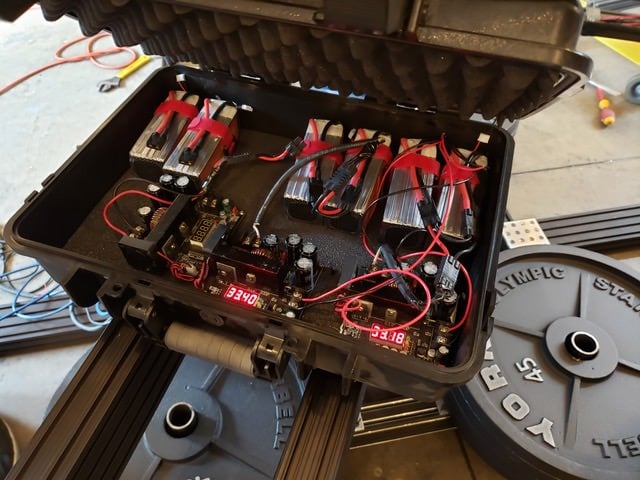 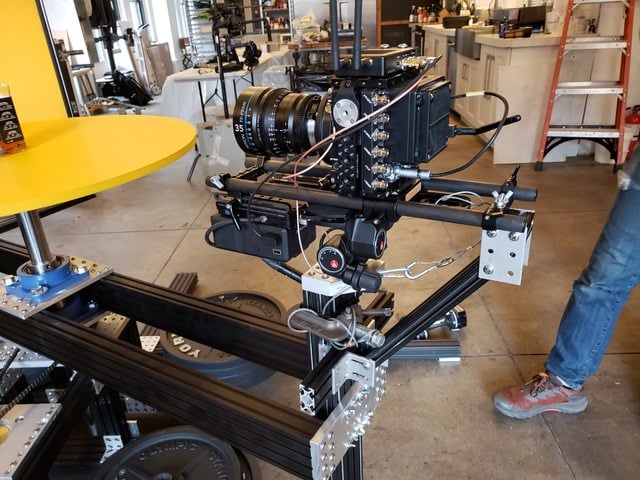 “After the job, we decided to keep playing around with it and dropped bouncy balls at an even faster rate,” Graham says.

“This [rig] scared me, and that is saying a lot,” Giralt writes. “But it’s soooo cool!”