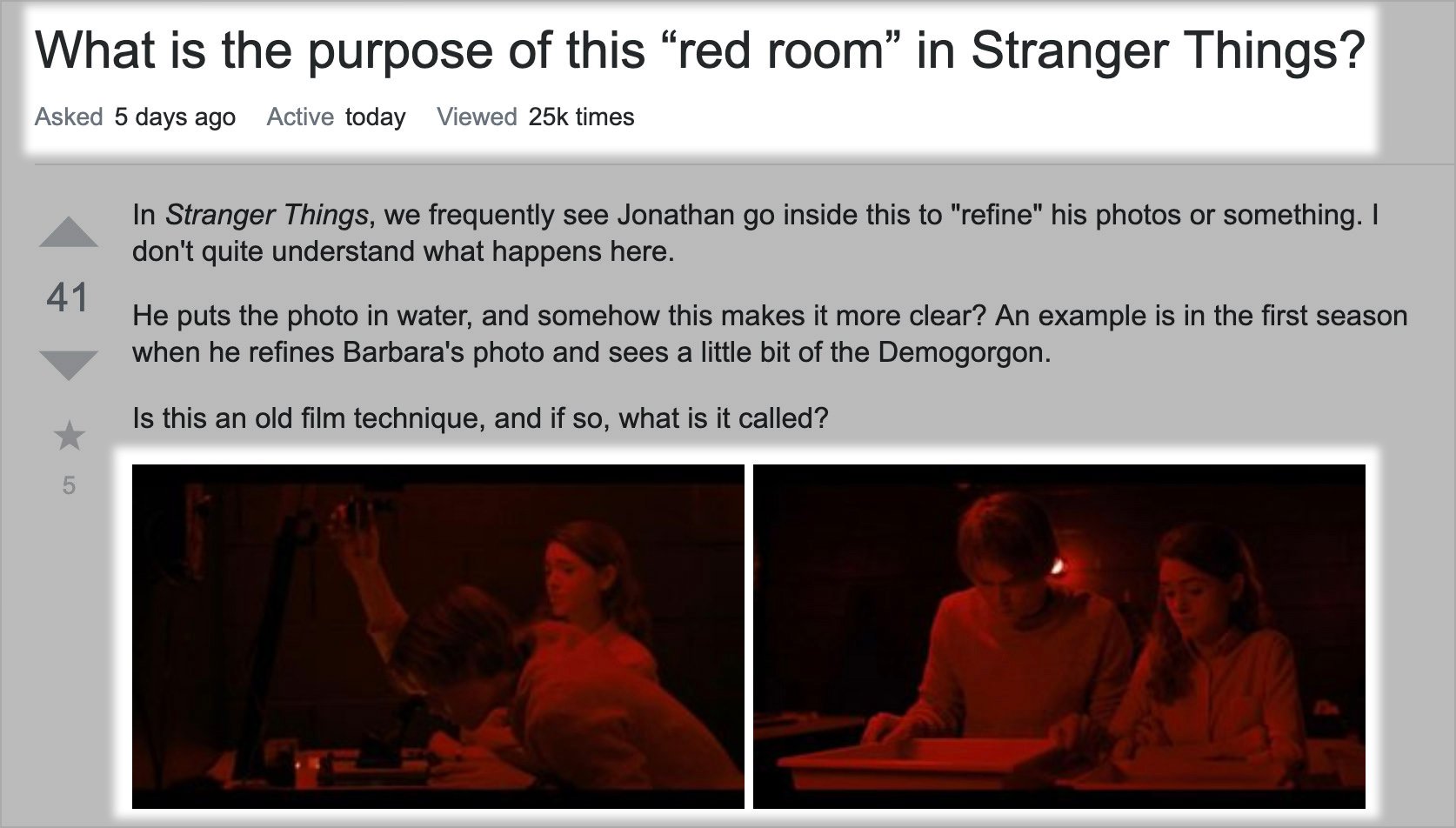 A young fan of the popular Netflix show Stranger Things earned a bit of Internet fame (or is it infamy?) this weekend when they asked a question about that strange “red room” in the show where Jonathan goes “to ‘refine’ his photos or something.” In other words: a darkroom.

The original question was posted to a StackExchange forum, where the confused fan described the darkroom in a post titled “What is the purpose of this ‘red room’ in Stranger Things?”

“In Stranger Things, we frequently see Jonathan go inside this to ‘refine’ his photos or something. I don’t quite understand what happens here,” he wrote. “He puts the photo in water, and somehow this makes it more clear?” You can see a screenshot of the full post below: 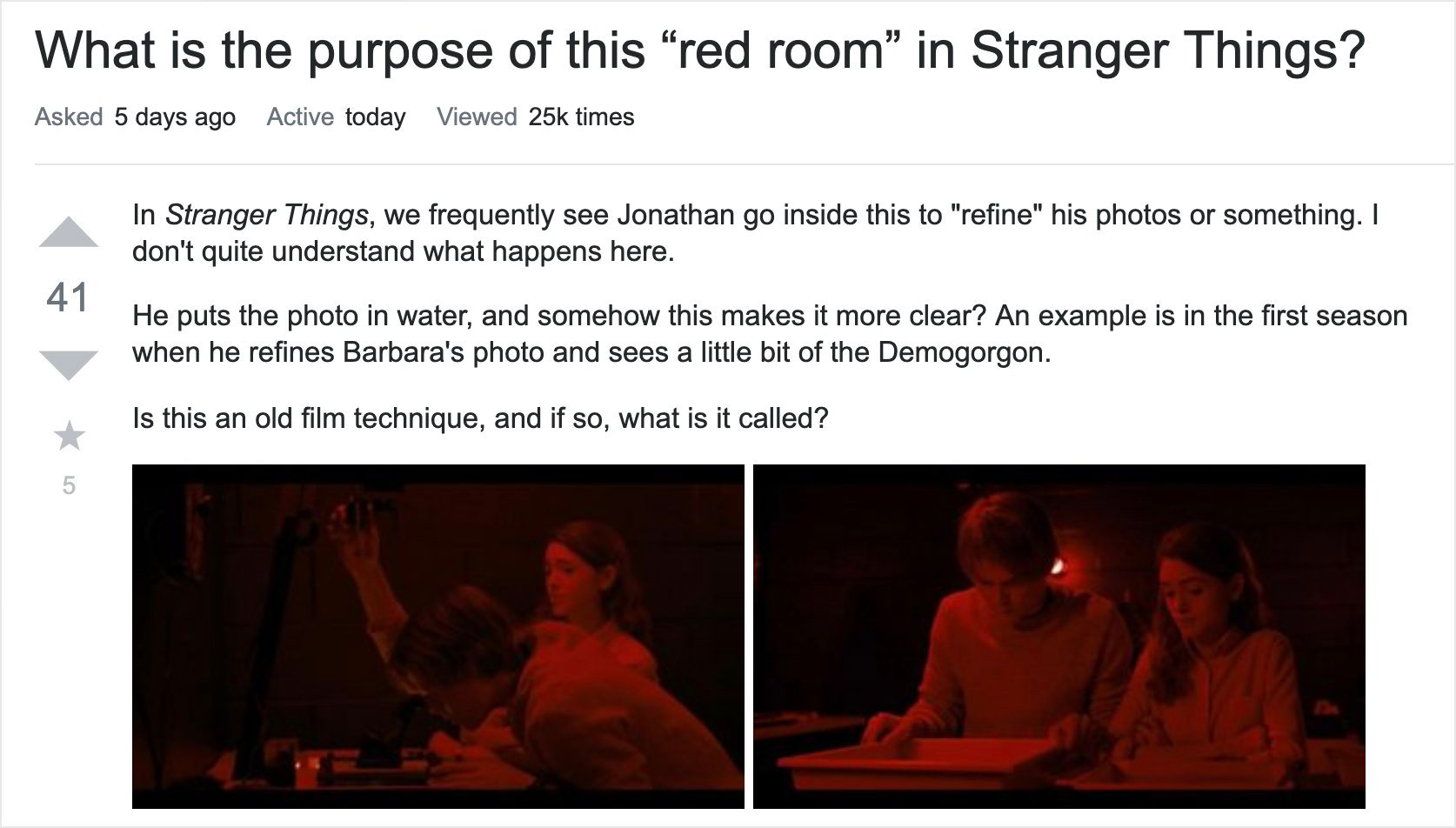 The initial responses were understanding, stepping in to explain that “that room is called a darkroom, and it’s part of the photographic printing process.” They explained that photos were processed in chemicals (the water he referenced), but that darkrooms had become somewhat rare in the digital age.

Of course, it didn’t take long before someone saw the post and shared it on Twitter alongside the caption “*crumbles further into dust*” to highlight just how old this question made them feel:

And thus, a meme was born. The screenshot quickly showed up on Imgur, Reddit’s /r/memes subreddit, and then got picked up by international news outlets. Meanwhile, responses to the Tweet above—which has been liked over 61K times and retweeted over 13K times—began pouring in:

Several of the commenters were also quite harsh, calling the original fan “dumb as rocks” and stereotyping all young people as stupid. But we prefer to look on the positive side of this story. As Twitter user Chris Wood wrote, “Hey, give the kid credit for being willing to ask.”

Hey, give the kid credit for being willing to ask. In this age of digital media, I can understand stuff like this confusing people.

Not that this stopped us from feeling like dinosaurs or relics of a bygone age, but look on the bright side: a whole lot of kids who would not have had the courage to ask this question now know the answer. Here’s hoping a few of them pick up a roll of film and give the darkroom a try.

5 of the Most Overused Landscape Photography Techniques