Earlier today, Zhiyun added a lightweight, affordable, compact gimbal to their Crane lineup. Called the Crane-M2, the small 3-axis gimbal is targeted at travel shooters and vloggers who want to capture the smoothest possible footage with their compact camera, smartphone or action cam.

The Zhiyun Crane-M2 announcement comes less than a week after DJI revealed the lightest new addition to their Ronin lineup, but the M2 isn’t going to compete head to head with the Ronin-SC. The Ronin is meant for mirrorless ILCs like the Canon EOS R or Sony a7 cameras, while the Crane-M2 is targeted at much smaller cameras.

With a maximum payload of 720g or approximately 1.59lbs (confirmed by Zhiyun) it’s not going to hold most mirrorless cameras; even lightweight options like the Sony a6400 are going to start bumping up against that weight limit once you add a lens. But if you’re shooting with Sony’s popular RX100 series or your favorite smartphone, the Crane-M2 promises to provide performance that rivals any other compact gimbal on the market.

It’s lightweight and compact at just 500g, features an OLED display for a quick read of your settings, boasts 7 hours of battery life and USB-C charging for additional runtime out in the field, and uses built-in WiFi and Bluetooth to let you control your camera wirelessly through the gimbal handle once you’ve paired them via the ZY Play smartphone app.

Finally, the Crane-M2 features a locking pin that lets you lock all three axes with a single thumb screw, and a newly designed quick release plate that makes attaching your camera and keeping it balanced as simple as possible.

Here’s a quick feature breakdown from Zhiyun that dives into each of these a bit more thoroughly:

And here’s a closer look at the gimbal from all angles: 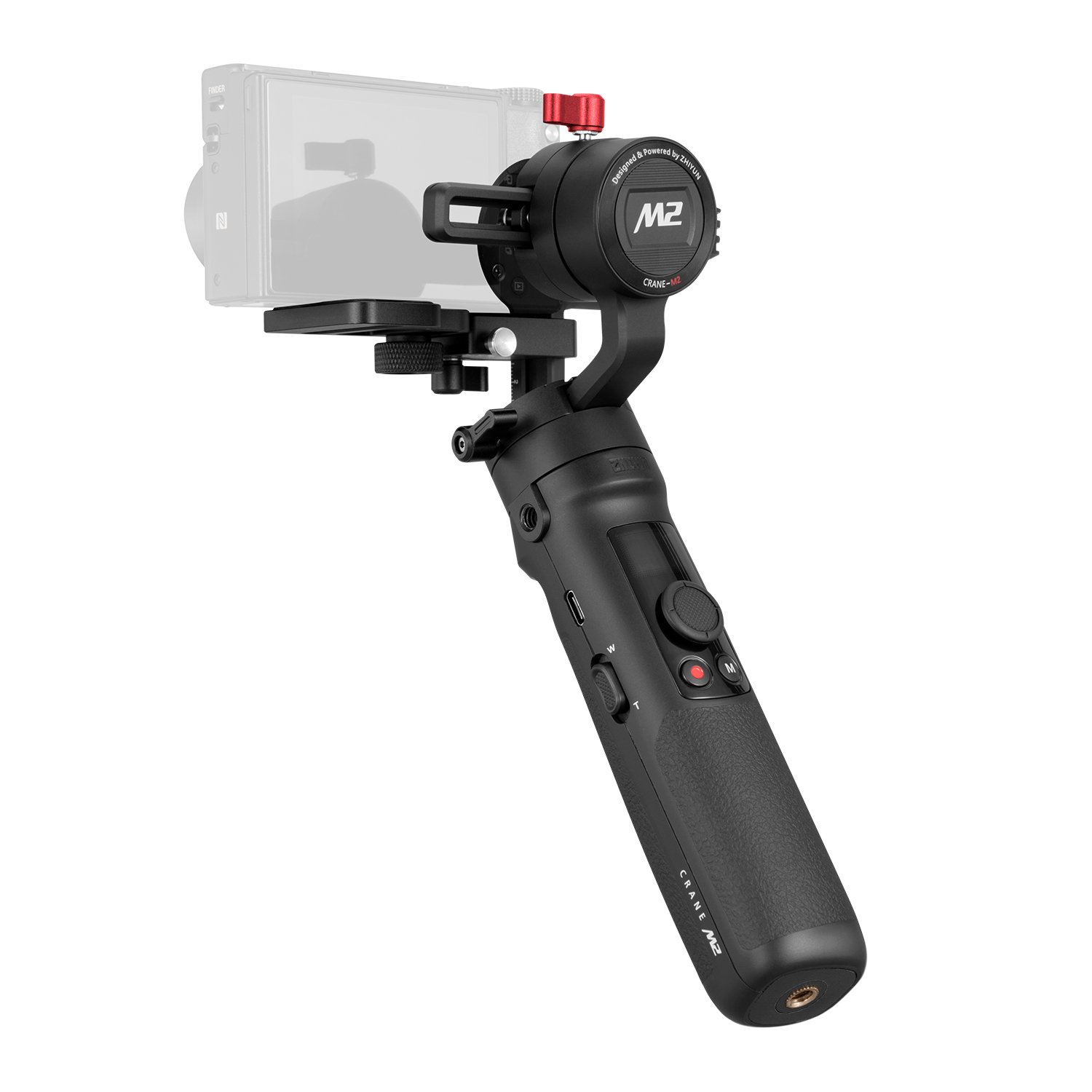 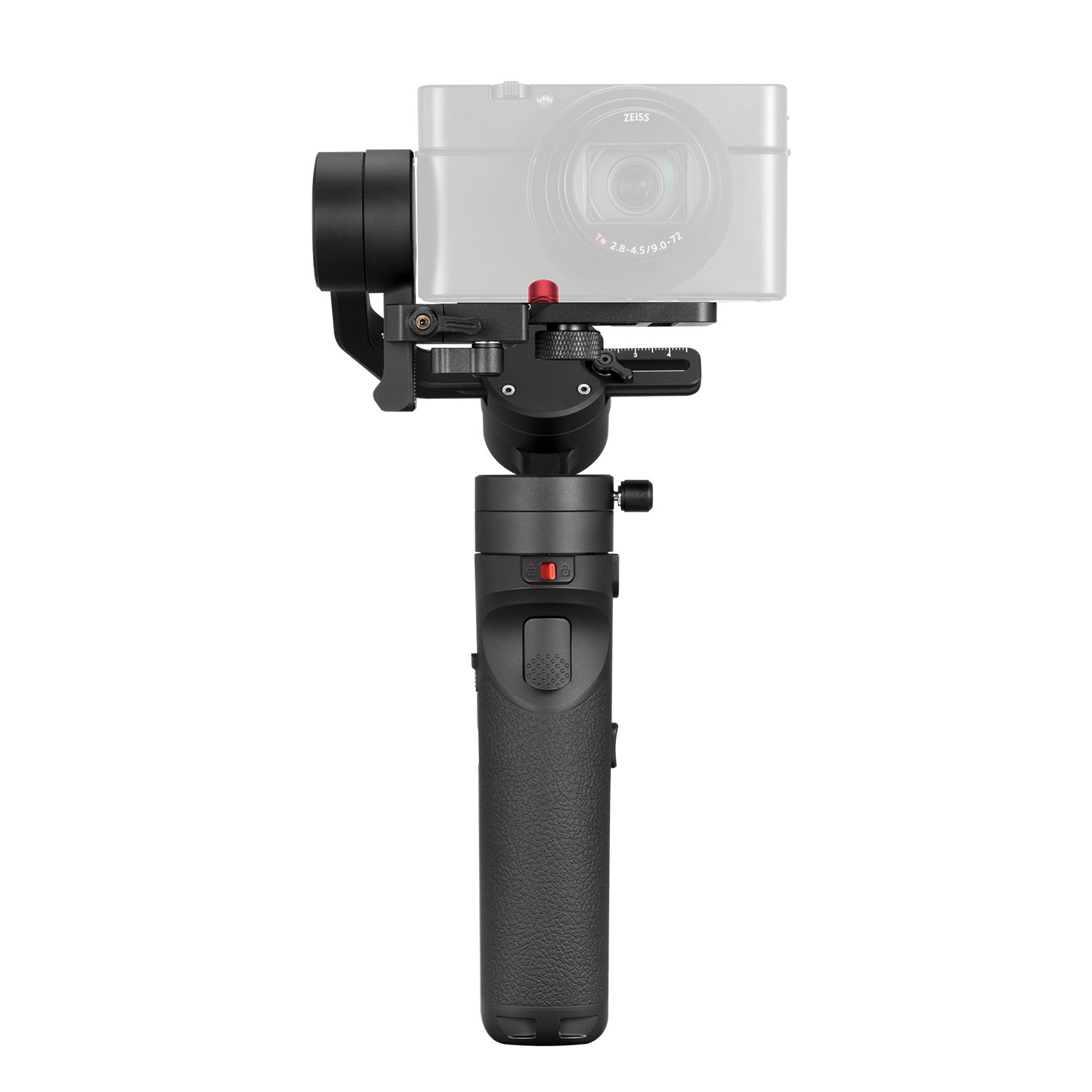 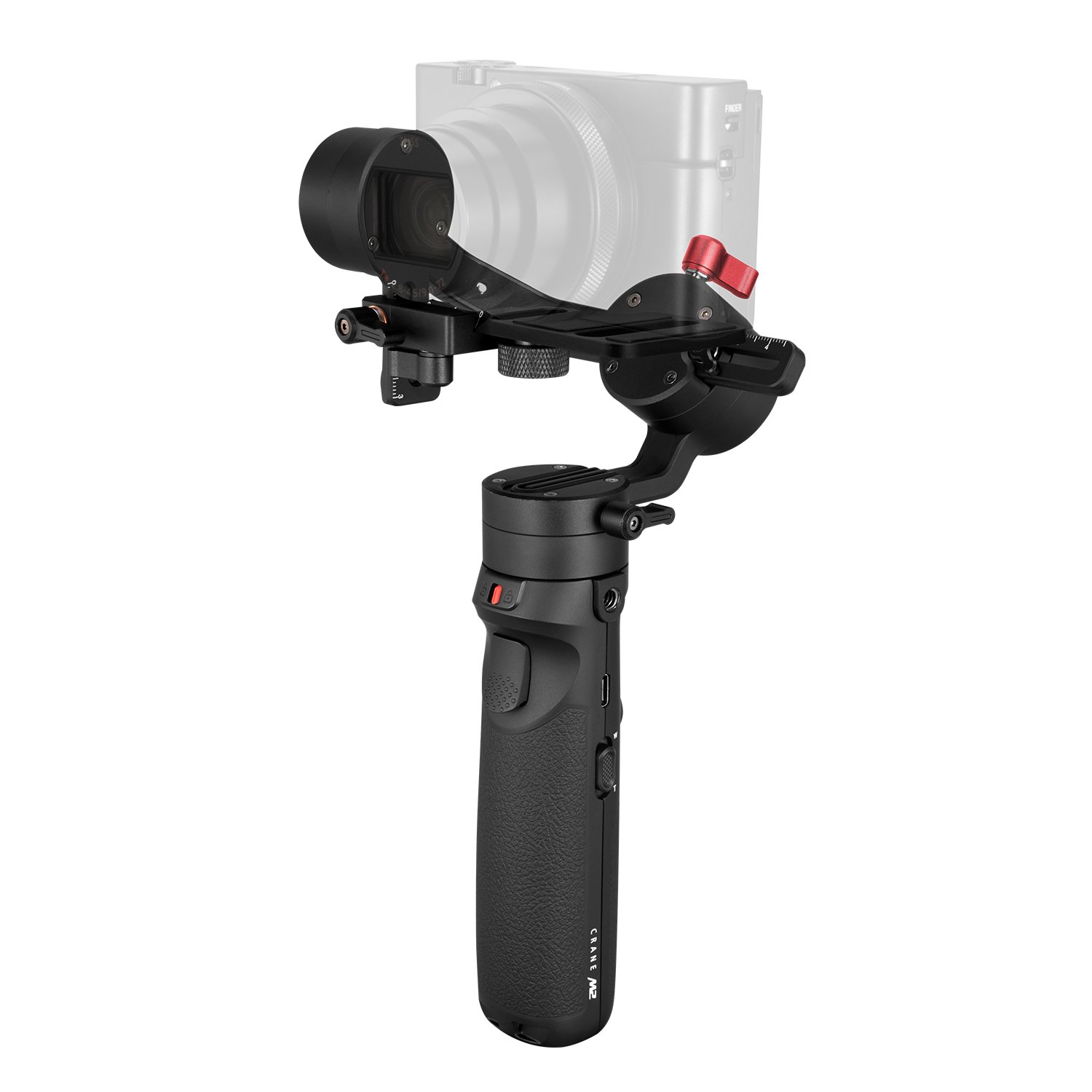 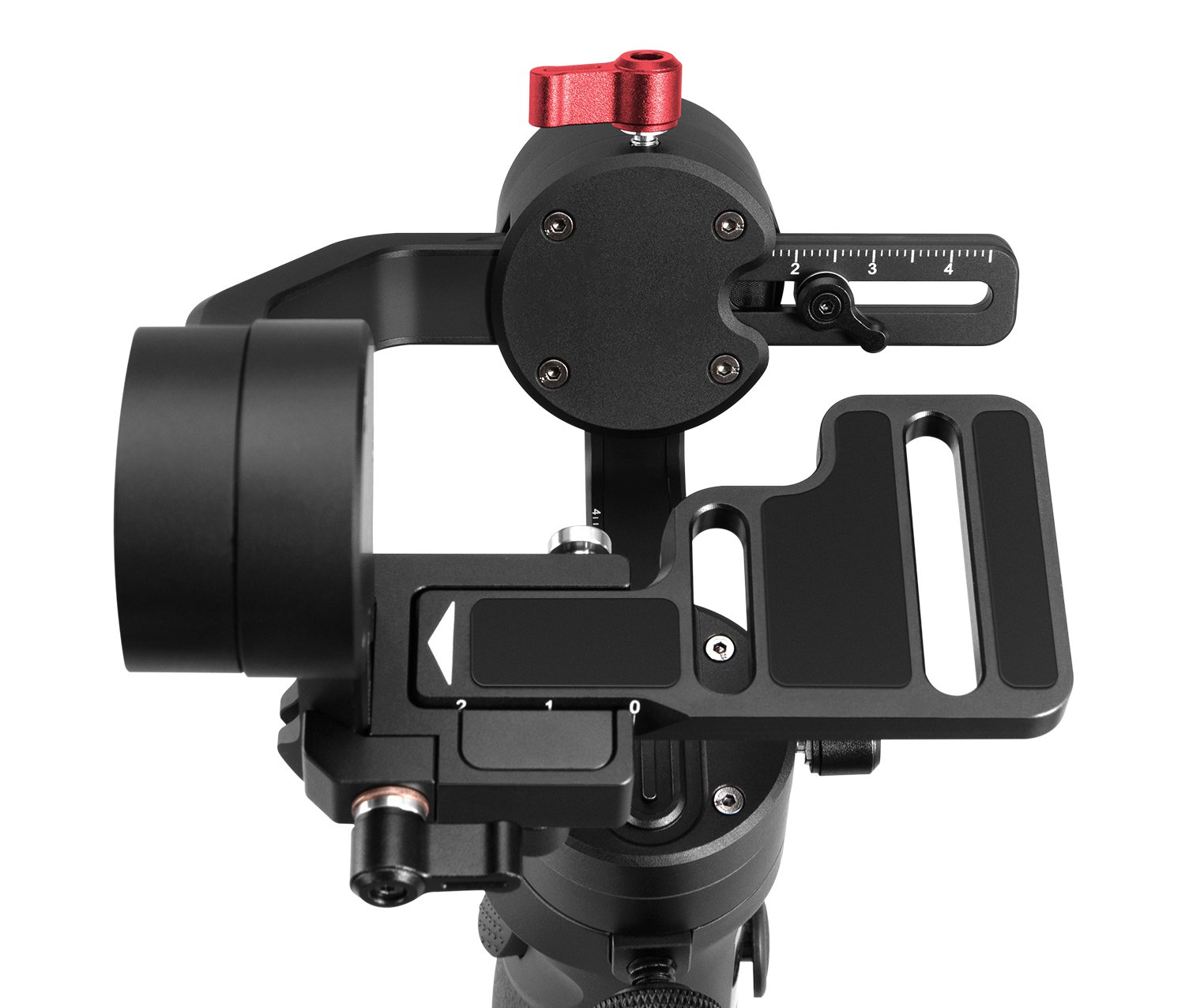 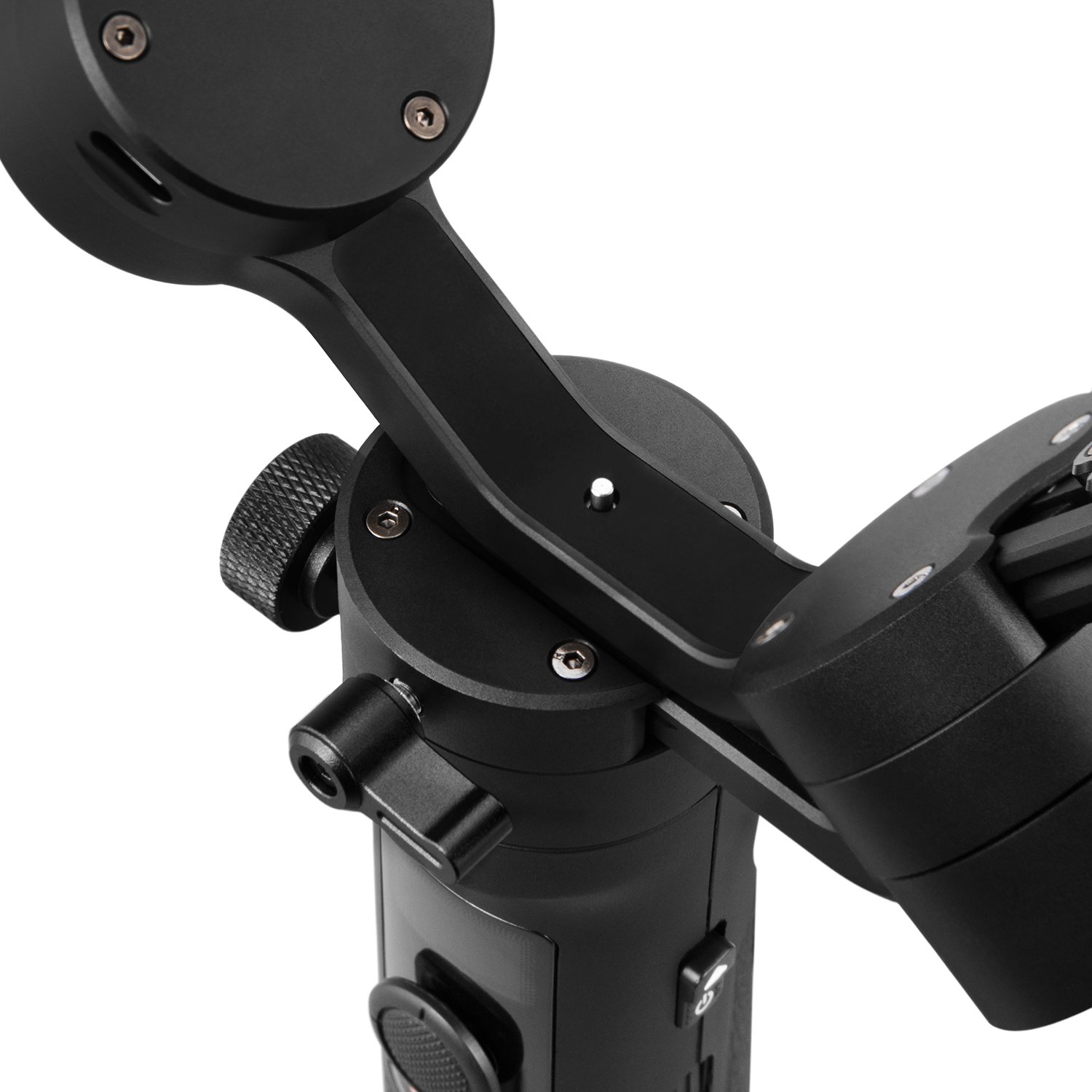 It seems the Zhiyun Crane-M2 is for those people who think that DJI didn’t go far enough when miniaturizing the Ronin-S into the Ronin-SC.

One of the common complaints we saw in first impressions videos about the Ronin-SC is that it was too small to work properly with many camera and lens combinations—once balanced, the camera would bump up against the rear motor. The Crane-M2, by comparison, doesn’t even try to go there. A lightweight mirrorless camera will technically work on this system, but it’s really meant for smaller setups.

To learn more about the Crane-M2, head over to the Zhiyun website. The lightweight little gimbal is already available for pre-order for $270. Some retailers are currently listing the eventual retail price as $450, but this seems to be a mistake. According to Zhiyun, the Crane-M2’s full retail price is $270.