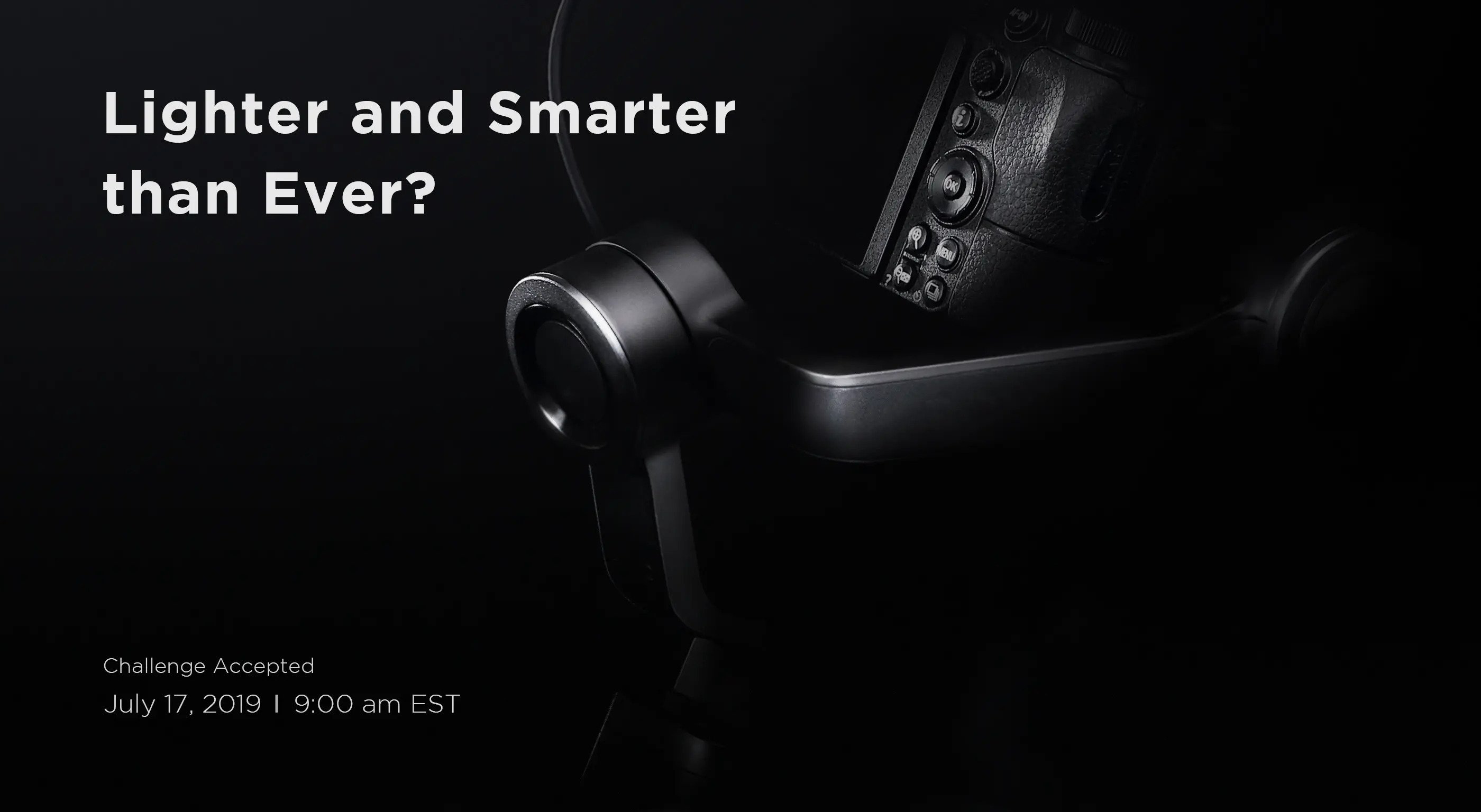 It seems the folks at DJI are preparing to release a new, even lighter weight Ronin gimbal for mirrorless cameras. Shown off on a new teaser page, as well as a blueprint video posted to the brand’s Twitter, the new gimbal looks to be a lighter, more compact version of the current Ronin-S.

The DJI Ronin-S was released in January of 2018, and has gotten a bit long in the tooth since. Competing 3-axis gimbals from Zhiyun and Moza offer similar performance and intriguing variations on specs and form factor for the same price (or less). Plus, the mirrorless market is only expanding, making 3-axis gimbals the sweet spot of functionality and price for Sony’s mirrorless users, as well as early adopters of Canon’s EOS-R, Nikon’s Z Series, Pansonic’s S1 cameras, and Sigma’s upcoming fp, to say nothing of the great APS-C and MFT options out there.

Fortunately, an update to the Ronin-S is just a few days away according to this teaser posted to DJI’s website, as well as the trailer below:

Based on the brief glance of the blueprints seen above, as well as the teaser image, it seems the new Ronin maintains the same form factor as the Ronin-S. The difference is said to be a lighter-weight and more compact setup that won’t sacrifice much (if anything) in terms of payload capacity.

The new gimbal is set to be announced at 9am Eastern on Wednesday July 17th, so keep an eye out and we’ll be sure to share the news as soon as it’s official.

The Importance of Hiring a Trained Newborn Photographer

How to Photograph Wild Amphibians and Reptiles Safely and Ethically