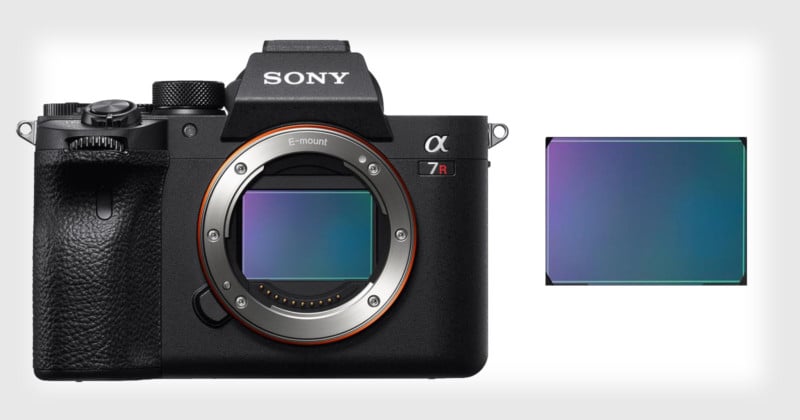 I, like many of you, watched the Sony a7R IV announcement live stream on Tuesday. I saw them put up the video of the camera and its specs, which I thought looked good as an evolution of their R platform. However, when the lights came back on in the room, the kind man that is the VP of their alpha division debuted the camera to the world with the line: “medium format level image quality”


Full disclosure: I am a commercial photographer and have served as an ambassador for two camera brands — previously Nikon and currently Hasselblad. This article is not meant to sell camera equipment but rather to inform those trying to advance their careers.

To many, this may have been a glossed over marketing tagline, and to some, it may have been the definitive point that made them pre-order. For me, this line represented a lie — one that has pervaded its poison throughout our industry.

I have had the good fortune of being an ambassador for companies that make both medium format and 35mm digital cameras. While I still hold firm that this doesn’t mean that I am any better nor worse than the next photographer, it has helped me become informed in the engineering and technical aspects of both systems, and I can tell you that they couldn’t be more different.

Before talking too much about the specs, we need to first address the semantics. Medium format is not an image quality level, nor is 35mm or large format — they are exactly what they say: formats. It was a little easier to discern this in the film days as there were generally agreed upon film sizes. Since digital, things are a little tougher as digital backs replaced film backs and the resolution race began.

This brings us to the technical aspect of the line, “medium format-level image quality.”

I will admit that it wasn’t until I owned my first medium format system that I understood the real difference in the images I was getting. At the time the color fidelity was miles ahead of the 35mm DSLR sector, but the low light medium format performance was miles behind. In essence, there were compromises that determined which camera would be better for a given photographer.

Over the years, the gaps in both of these areas have been reduced. 35mm has improved its color fidelity and medium format has improved its ISO performance. Which leaves one big area that still separates the two: resolution.

The megapixel race has always been ongoing in photography, ever since the first camera recorded to a sensor rather than a plastic piece of film. Both medium format and 35mm have been improving year after year, while large format (mostly) remained in the film world due to the costs that would be associated with a large format digital sensor.

It’s like watching a car race in a movie where the two constantly jockey forward and backward. However, when compared honestly, they are very far apart.

At the a7R IV announcement, I imagine the VP was trying to compare 50MP medium format sensors to the new 61MP sensor from Sony. Yes, to any random person on the street, 50 is less than 61. But this is where I feel the marketing from Sony is a bit disingenuous.

For comparison, here is a chart that shows the difference between resolution of modern medium format vs. the Sony a7R IV. It is for this reason that on large productions, be it in advertising or high-end editorial, it is expected that a medium format camera is used. 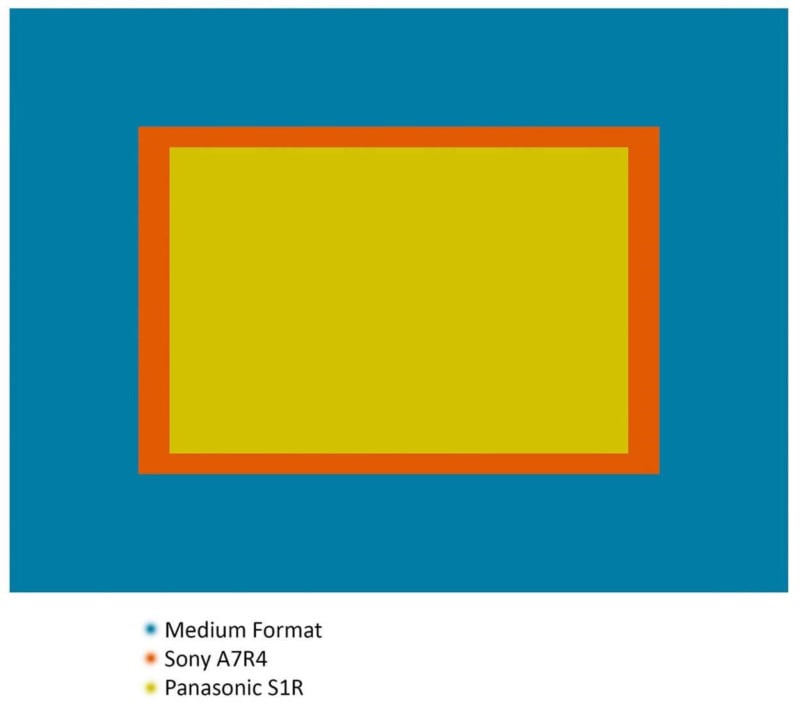 Which is where I feel the core of the line “medium format-level image quality” finds its origins. When compared to the Panasonic (or even its predecessor, the 42.4-megapixel a7R III), the new Sony a7R IV is not as great in resolution as one would think from looking at the numbers. Comparing it to cameras that are much more expensive with marketing veils the idea that they are different in the customer’s mind.

When I was 16, I went to the Subaru dealership to look at the new Impreza. The car had a boxer engine (4 cylinder) and was out of my reasonable price range. The salesman came over to me as I was sitting on the driver seat of one on the showroom floor and said, “you know this car has a boxer engine, just like the Ferrari Testarossa!”

While he was correct that both cars had a boxer engine, he knew that the Subaru was not even in the same league as the Ferrari when it came to potential buyers, but tying them together in the customer’s mind makes desirability for the Subaru stronger.

I am writing this piece not to tell you that the Sony a7R IV is a bad camera, as it actually looks like a nice platform that will sell well. I am writing it to hopefully inform those that are looking to take the next step in their career and may not have used a medium format on a shoot yet.

All too often we see sensational headlines by journalists saying things like “Alpha 7R IV, Proper Rival to Medium Format,” and while they may just be clickbait by an author that has never handled a medium format on a proper shoot, they still register with us. Some of these types of headlines might be from the author’s lack of experience as a full-time photographer, and others may be due to not wanting to be blacklisted by companies or have marketing budgets pulled.

This all leads me to the line from the recent HBO miniseries Chernobyl:

“Where I once only cared about the cost of truth, I now only ask what is the cost of lies?”

Who is the King of Compacts? Ricoh GR III vs Fuji X100F