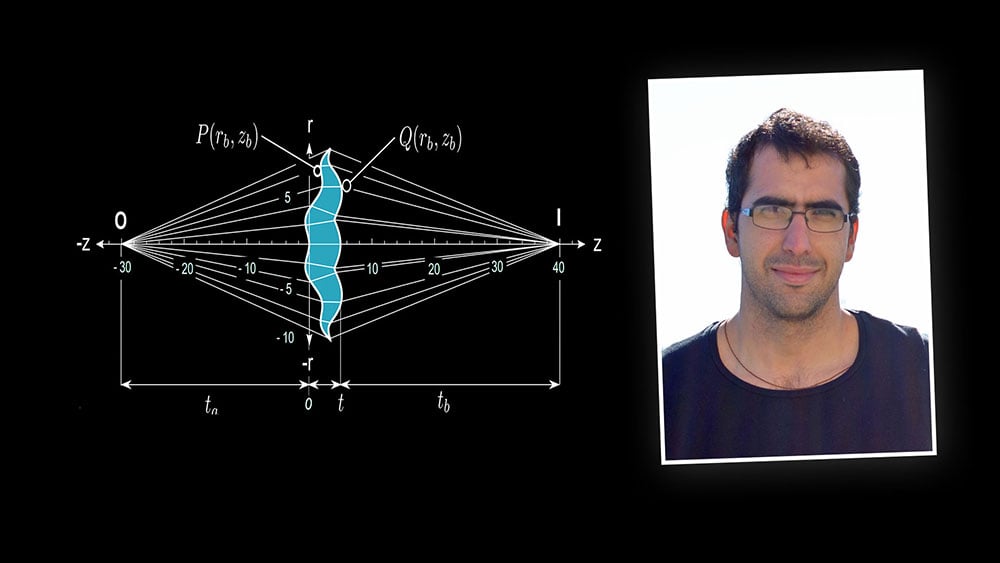 When you look through your viewfinder and things seem a little bit blurry or lacking definition, it’s probably because you are using an “el cheapo” lens. So you read reviews and buy a much more expensive lens, and what do you do next?

You don’t go out to learn about composition and lighting to make better pictures. No. If you are a conscious and professional photographer, you start pixel-peeping to rationalize your expensive purchase.

And what do you find then?

The problem is still there. Right there, in the corners. They’re soft. The center is OK, but the corners are still soft. So you read more reviews and buy a better lens.

But it’s not the manufacturer’s fault, nor yours for not having enough money to buy a perfect lens. Blame Greek mathematician Diocles, who formulated the problem over two thousand years ago in his book Burning Mirrors.

You see, lenses are made from spherical surfaces. The problem arises when light rays outside the center of the lens or hitting at an angle can’t be focused at the desired distance in a point because of differences in refraction.

Which makes the center of the image sharper than the corners. Which leads to countless YouTube reviews on lenses. And countless hours of watch time. And makes advertisers and YouTubers happy.

In his 1690 book, Treatise on Light, astronomer Christiaan Huygens points out that both Isaac Newton (the greatest scientist of all time) and Gottfried Leibniz (the last universal genius) tried to solve the problem, but couldn’t:

As has in fact occurred to two prominent Geometricians, Messieurs Newton and Leibnitz, with respect to the problem of the figure of glasses for collecting rays when one of the surfaces is given.

It is appropriate to mention that Newton invented a telescope that solved the chromatic aberration, but not the spherical aberration.

In a 1949 article published in the Royal Society Proceedings, Wasserman and Wolf formulated the problem—how to design a lens without spherical aberration—in an analytical way, and it has since been known as the Wasserman-Wolf problem.

They “proposed to use two aspheric adjacent surfaces to correct spherical and coma aberrations, with a solution consisting of two first-order simultaneous differential equations, which are solved numerically according to Malacara-Hernández et al.”

In other words, the solution was an approximation solved with numerical analysis (brute-force with computers), not a definitive one. Moreover, the solution involved aspherical elements, which are harder to manufacture in a precise way and are thus more costly.

To this day, when you see that your lens has aspherical elements to correct for optical aberrations and give you sharper images wide open, you can thank Wasserman-Wolf.

However, the importance of solving this problem goes well beyond giving you a sharper picture of your feet for your nine Instagram followers. It would help make better and cheaper to manufacture optical systems in all areas, be it telescopes, microscopes, and everything in between.

As you can imagine, everyone had been trying.

Fast forward to 2018 when Héctor A. Chaparro-Romo, a doctoral student at the National Autonomous University of Mexico (UNAM), who had been trying to solve this problem for 3 years, invited Rafael G. González-Acuña, a doctoral student from Tec de Monterrey, to help him solve the problem.

At first, González-Acuña did not want to devote resources to what he knew to be a millenary, impossible to solve problem. But upon the insistence of Héctor Chaparro-Romo, he decided to accept the challenge.

After months of working on solving the problem, Rafael González-Acuña recalls, “I remember one morning I was making myself a slice of bread with Nutella, when suddenly, I said out loud: Mothers! It is there!”

(Note: Mothers, from the Spanish word “Madres,” means, of course, many moms. But in this context it is equivalent to the expression “Holy sh*t!” in English, or, to a lesser extent, “Eureka!” in Greek.)

He then ran to his computer and started programming the idea. When he executed the solution and saw that it worked, he says he jumped all over the place. It is unclear whether he finished eating the bread with Nutella.

Afterwards, the duo ran a simulation and calculated the efficacy with 500 rays, and the resulting average satisfaction for all examples was 99.9999999999%. Which, of course, is great news for gear reviewers on YouTube, as they will still be able to argue about the 0.0000000001% of sharpness difference among lens brands.

Their findings were published in the article General Formula for Bi-Aspheric Singlet Lens Design Free of Spherical Aberration, in the journal Applied Optics.

The image below shows the algebraic formula. “In this equation we describe how the shape of the second aspherical surface of the given lens should be given a first surface, which is provided by the user, as well as the object-image distance,” explains González-Acuña. “The second surface is such that it corrects all the aberration generated by the first surface, and the spherical aberration is eliminated.”

The formula solves the Wasserman-Wolf problem, formulated analytically in 1949, but known to scientists for about two thousand years.

As part of this research, Rafael G. González-Acuña, Alejandro Chaparro-Romo and Julio Gutiérrez-Vega also published the article “General Formula to Design Freeform Singlet Free of Spherical Aberration and Astigmatism“ in Applied Optics, where they give an analytical solution to the Levi-Civita problem formulated in 1900.

The Levi-Civita problem, which has existed without a solution for over a century, was also considered a mythical problem by the specialized community.

It is important to note that both solutions—the Wasserman-Wolf problem and the Levi-Cita problem—are analytical, with symbolic math. This means that the solution to a problem, no matter how you change the input variables, is unique and not an approximation.

So… can we expect cheaper and better lenses?

Cheaper? probably not. Even though lenses will be cheaper to manufacture, remember that once somebody stamps the “made for photographers” sticker on a product, it is priced many times higher because of the “added value” to your artistry.

Regardless, I can only wish Rafael González-Acuña, Alejandro Chaparro-Romo and Julio Gutiérrez-Vega a long and healthy life. Given enough time, maybe they can also solve the “One Memory Card Slot Problem” of the Nikon Z7. To be fair, that one’s been around for less than a year.

About the author: Eduardo Machuca is Yet-Another-Photographer that taught for eight years at both the bachelor’s and master’s degree level in advertising photography. He lives, and has always lived, in Mexico, and loves traveling around the hood and taking care of his alebrijes, with the help of an alux.