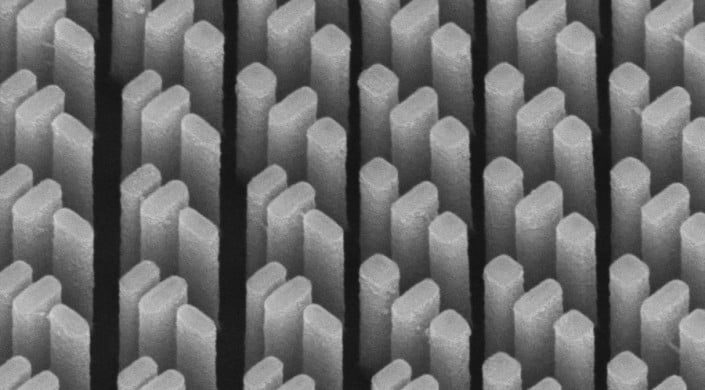 Color fringing in photos is most often due to chromatic aberration, when a camera lens doesn’t focus all colors onto the same point. It’s a common problem, especially with cheaper lenses, but we may soon be seeing much less of it thanks to a new breakthrough at Harvard.

Researchers at the university’s School Of Engineering And Applied Sciences (SEAS) showed off a new flat “metalens” earlier this year that completely eliminates chromatic aberration by using a tiny array of nanostructures to focus the entire visible spectrum onto a single point.

Now the same scientists have gone a step further by using the same technology to create a “metacorrector.” It’s a single-layer surface of nanostructures that can be incorporated into all kinds of lenses.

“Today’s optical systems — from smartphone cameras to cutting-edge microscopes — use technology that hasn’t changed much since the mid-1700s,” Harvard writes. “Compound lenses, invented around 1730, correct the chromatic aberrations that cause lenses to focus different wavelengths of light in different spots.”

Instead of bulky, expensive, and difficult-to-manufacture camera lenses, Harvard’s metacorrector would allow for much simpler lens designs that still correct for chromatic aberration.

Here’s an optical resolution test the researchers shot with a traditional camera lens: 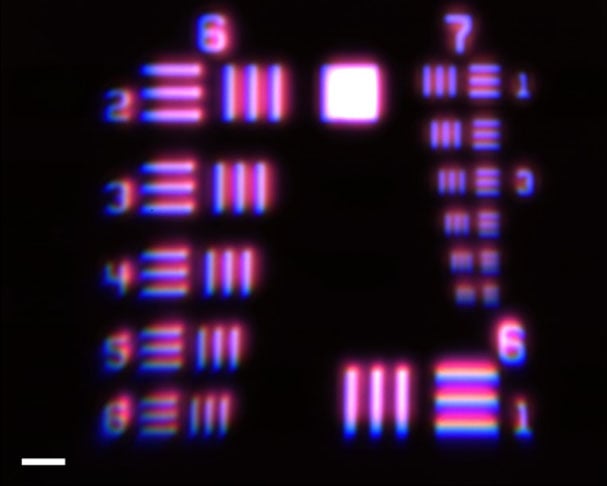 And here’s how much they were able to reduce chromatic aberration by adding their metacorrector to the same lens: 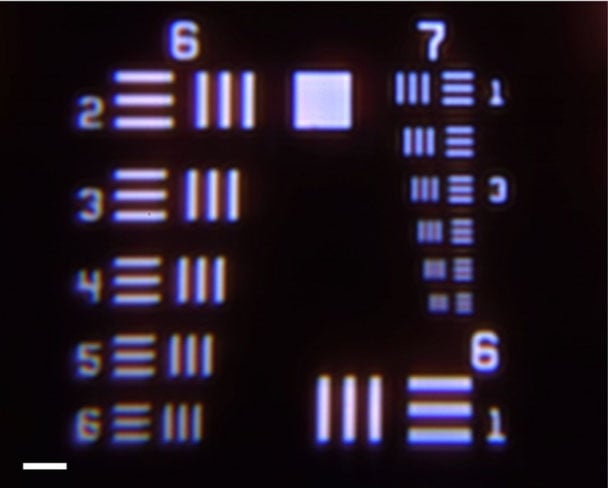 “Using metacorrectors is fundamentally different from conventional methods of aberration correction, such as cascading refractive optical components or using diffractive elements, since it involves nanostructure engineering,” says co-author Alexander Zhu. “This means we can go beyond the material limitations of lenses and have much better performances.”

No word yet on if or when we might see this technology appear in mainstream digital camera lenses.

(via Harvard via Engadget)

Watch a Guy Get Busted After Selling Stolen Camera Gear