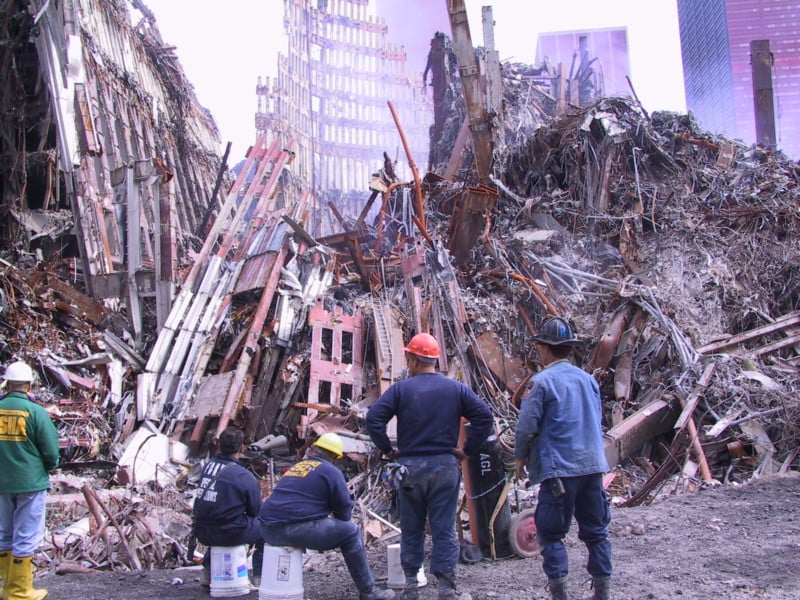 A giant archive of 2,400 never-before-seen 9/11 photos have been discovered on a set of CDs purchased at an estate sale. The images show workers in the wreckage of the World Trade Center towers after the September 11th, 2001, attacks in New York City.

“My significant other acquired them at an estate sale as we collect and archive vintage media for public benefit,” Dr. Johnathan Burgess tells PetaPixel. “I handle a lot of the Internet and archival end of it, and she loves the fieldwork end of it.”

BBC News reports that although the CDs were found in poor condition, the data was still intact and Burgess managed to recover thousands of photos, some using a CD data recovery service.

Burgess passed along 2,389 of the photos, shot between September and October 2001, to fellow archivist Jason Scott, who has uploaded them to a Flickr album.

The photos, presumably taken by a construction worker who was helping to clear the wreckage, show the cleanup efforts from a number of perspectives: indoor and outdoor, from ground level and from up high, and during the day and at night. 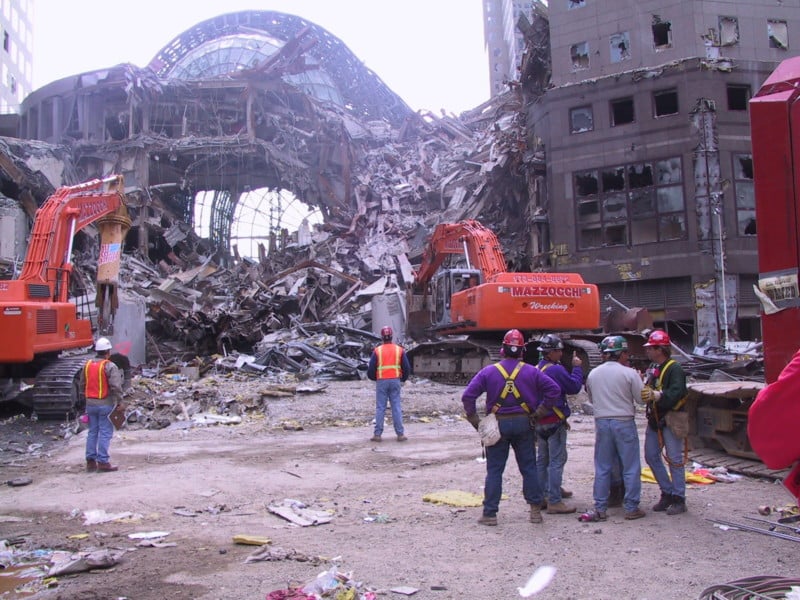 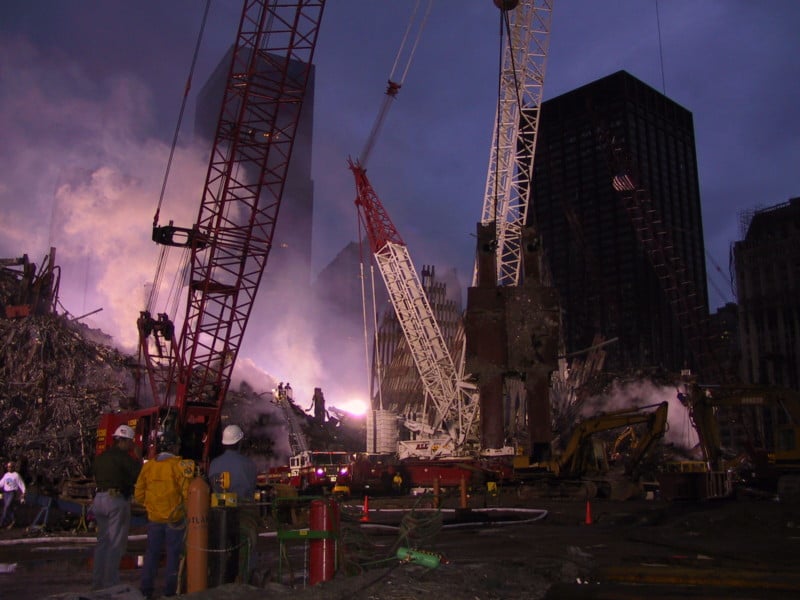 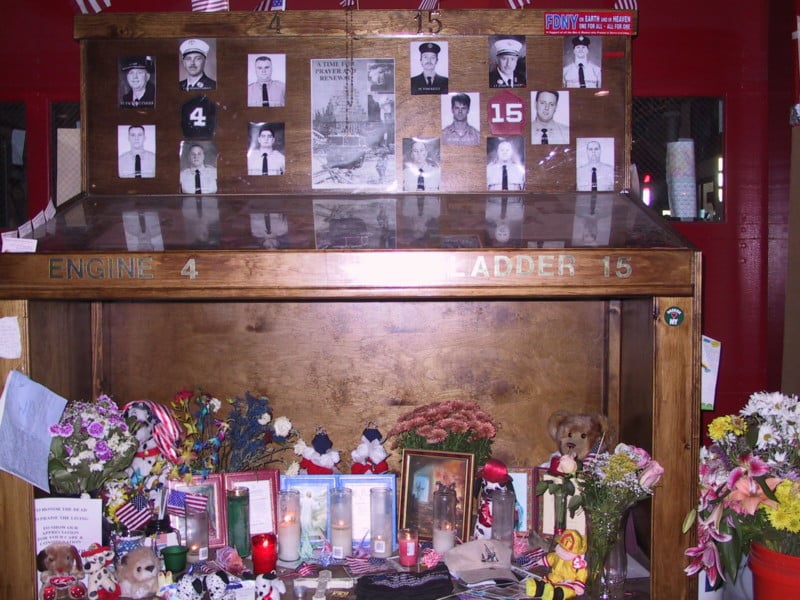 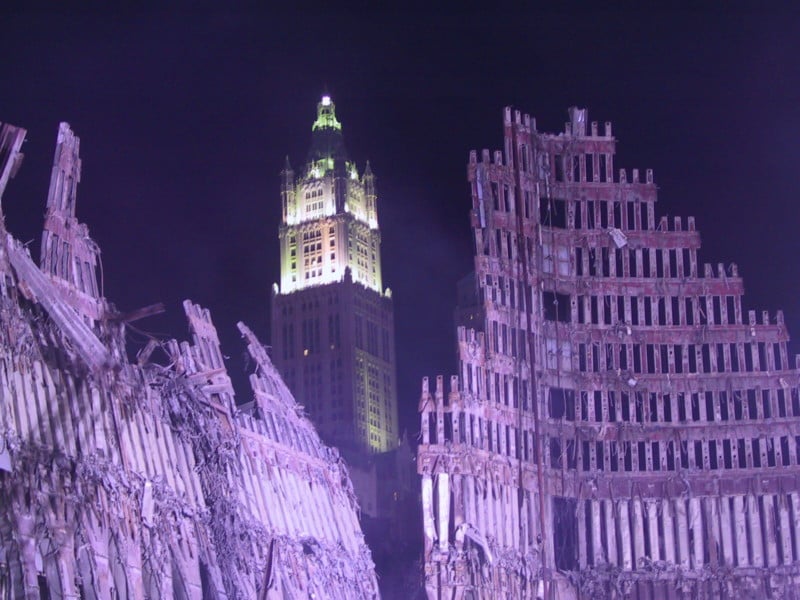 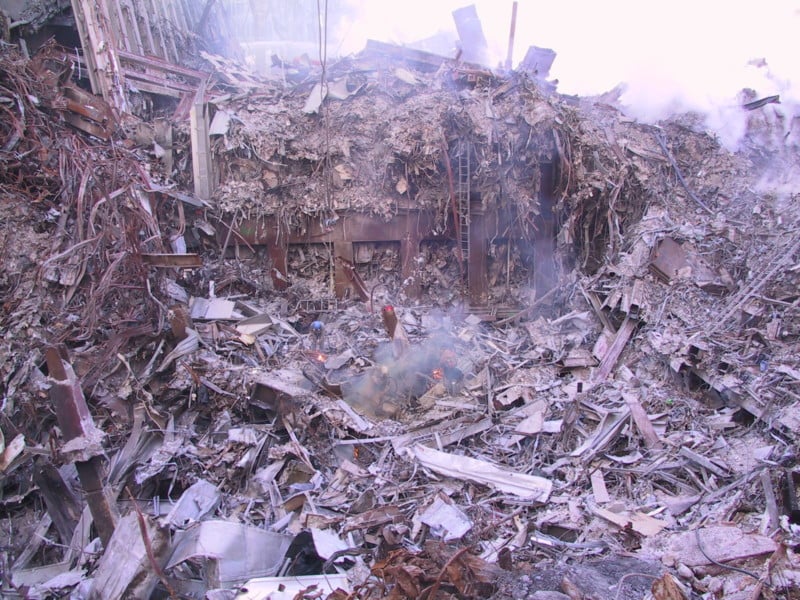 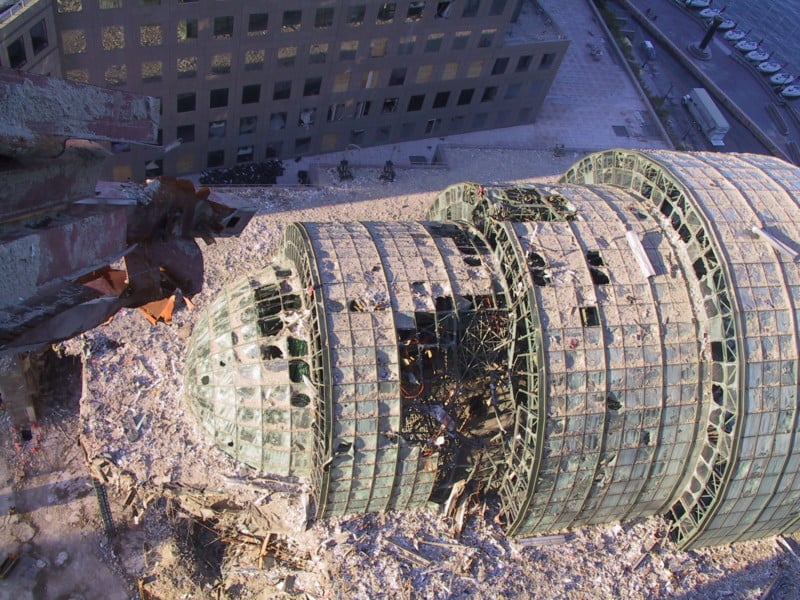 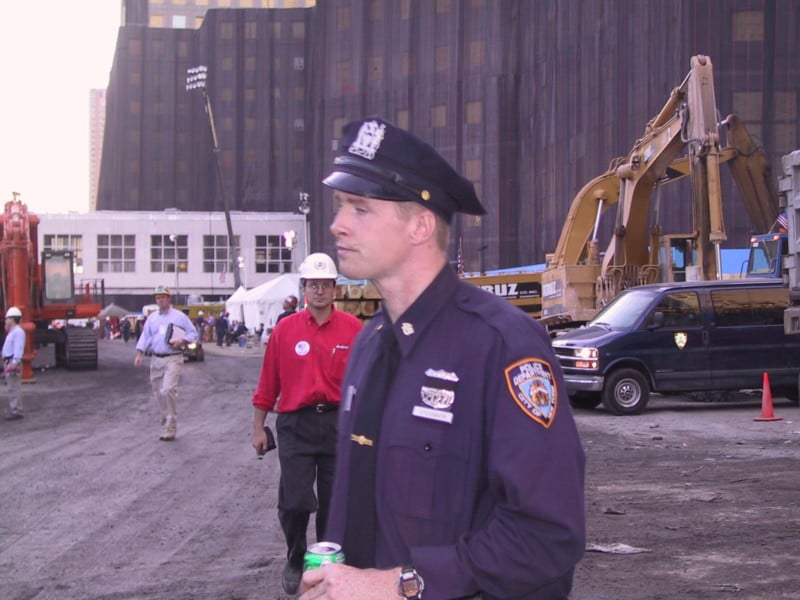 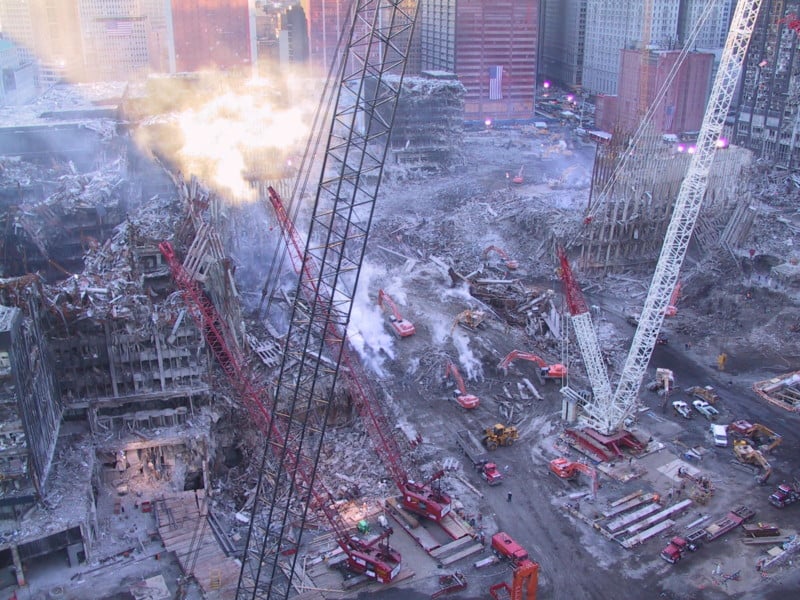 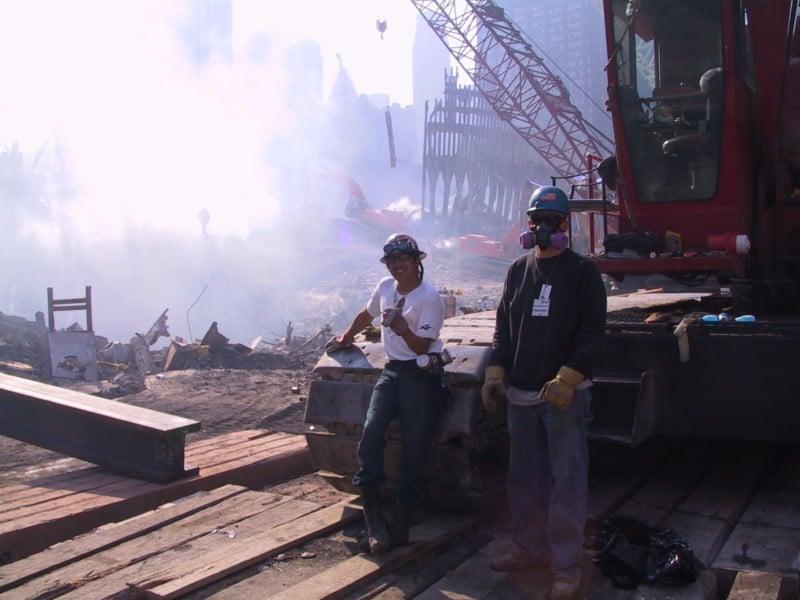 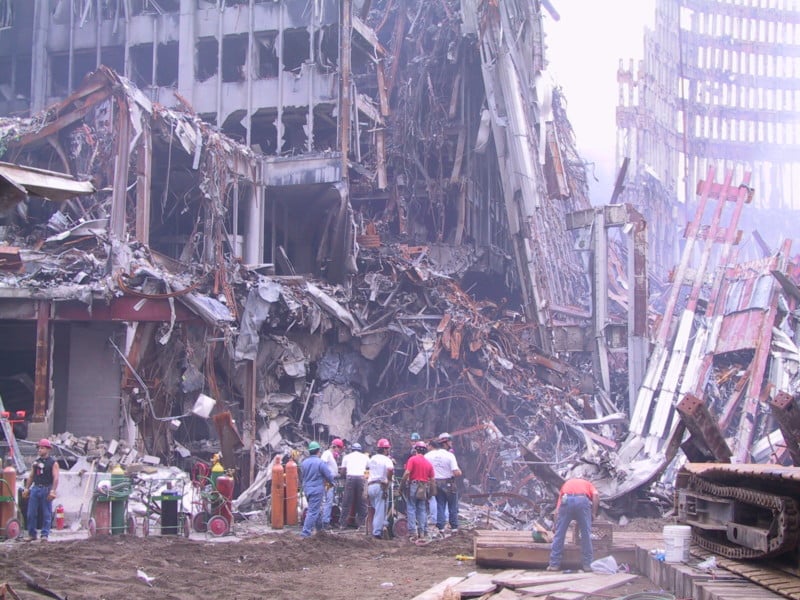 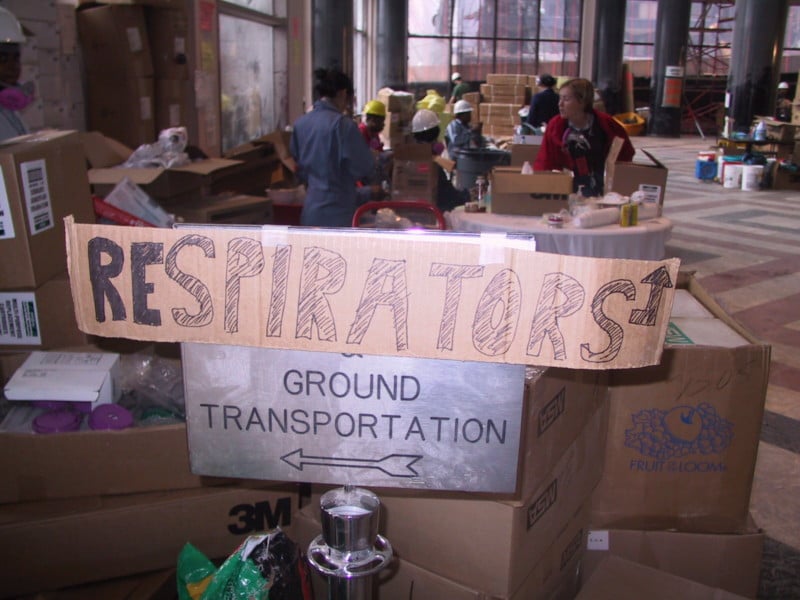 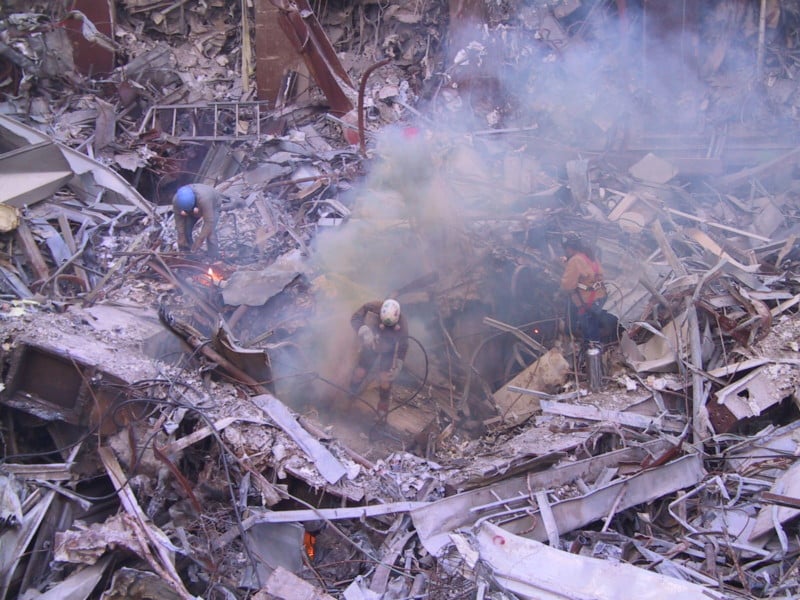 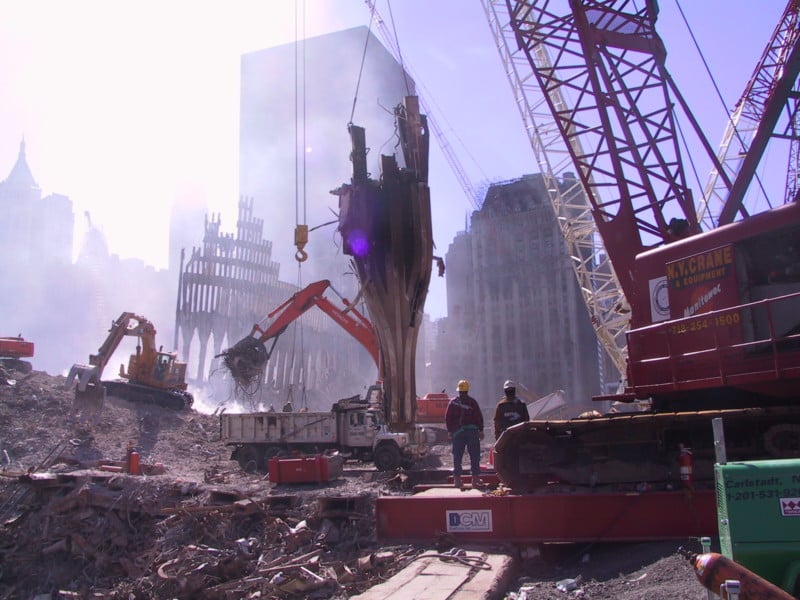 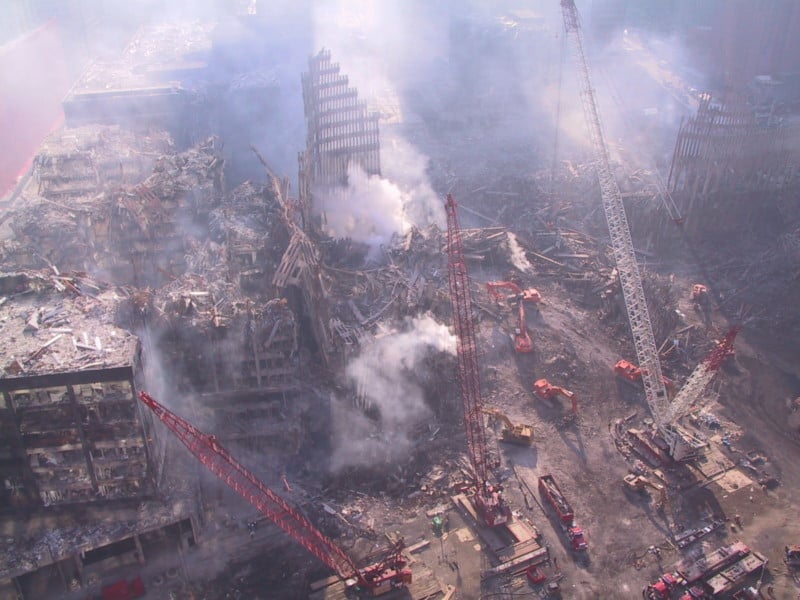 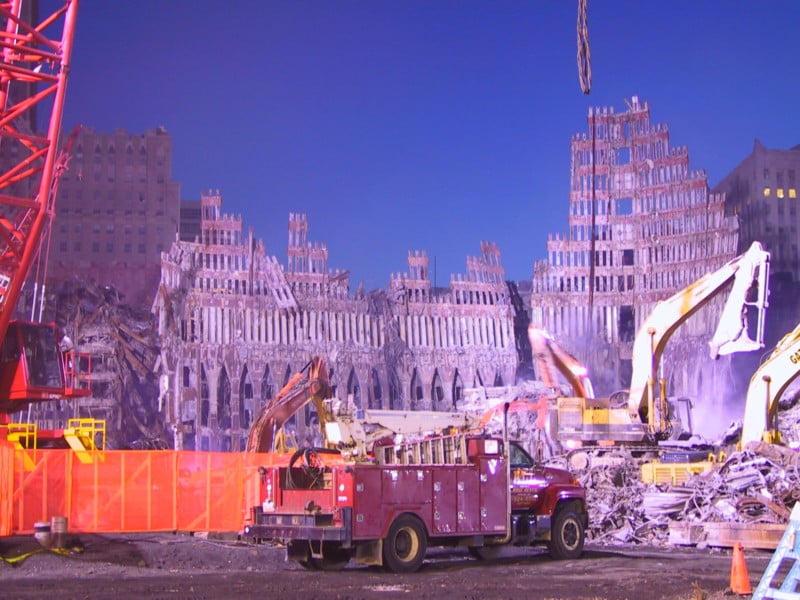 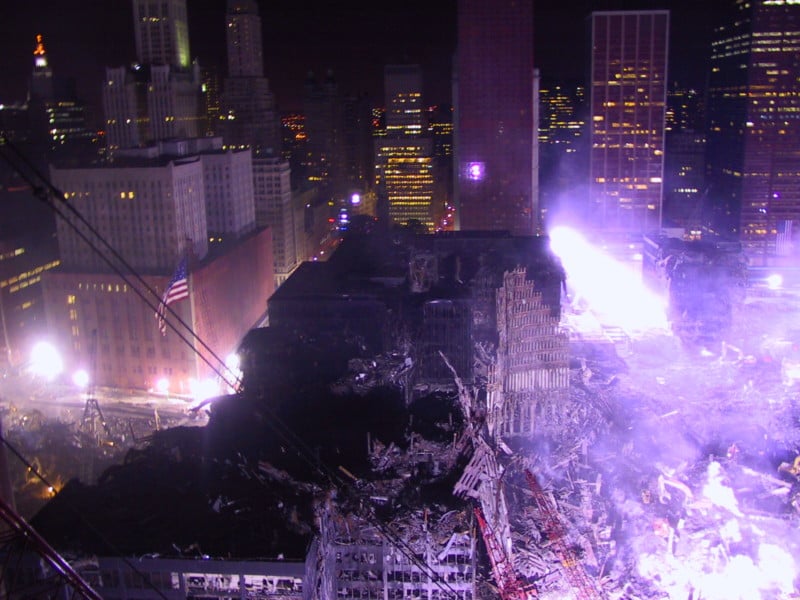 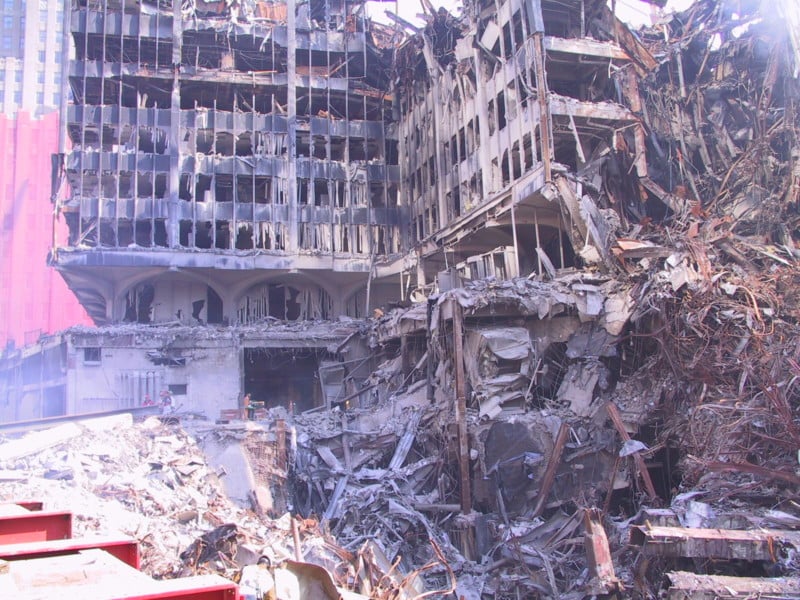 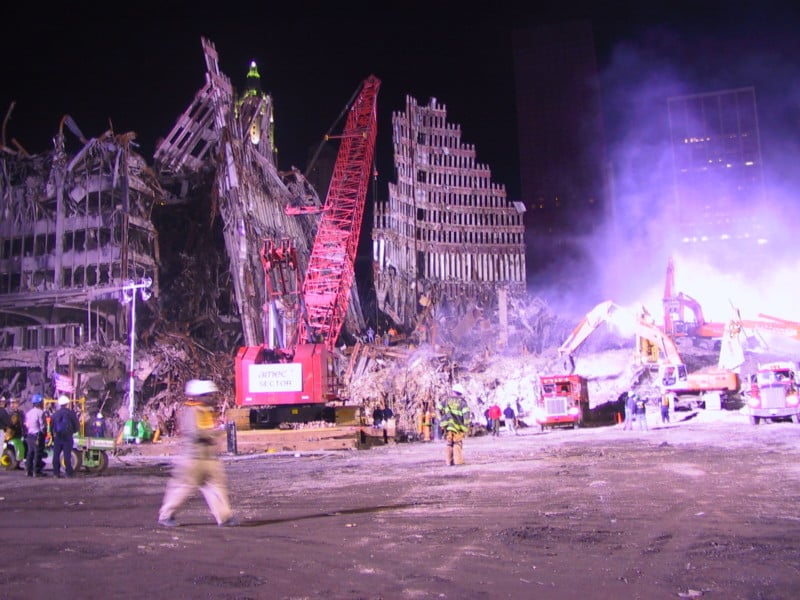 “Generally these items are neglected at sales,” Burgess tells BBC News. “It’s very likely these would be in a dumpster by now had we not gone. It’s a miracle the discs transferred so well, CD Roms of that age are pretty spotty.”

The CDRs were absolutely falling apart. Some of the photos are already lost because the CDRs just tend to rot over time, and here, about 18 years later, that was asking a lot. Back up your old CDRs please. pic.twitter.com/SVB3zxiYRQ

The archivists are working to identify the photographer behind the photos, but so far they’ve been unsuccessful at tracking down anyone connected with the images.

Burgess says he hopes the photos spark giving toward those who were affected by the terrorist attacks.

“We request that if people are affected they give to a charity that helps 9/11 first responders and/or volunteer for worthy causes,” the archivist tells PetaPixel.