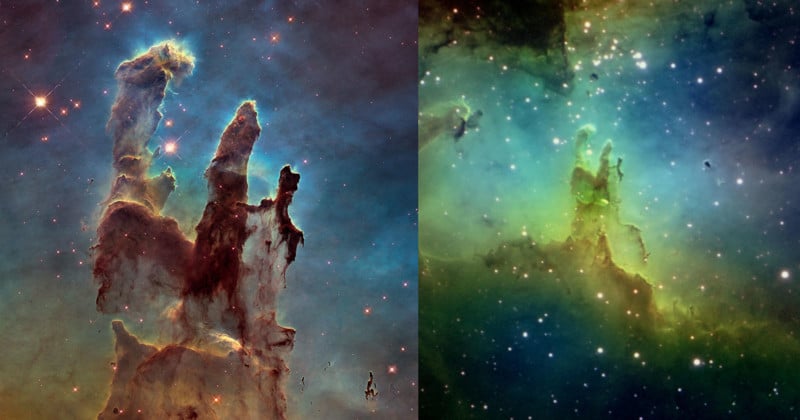 Pillars of Creation is a famous photo of the Eagle Nebula captured by NASA’s Hubble Space Telescope. Photographer Andrew McCarthy recently captured his own version of the photo from his own backyard in Sacramento, California.

The original Pillars of Creation photo was captured in 1995. To celebrate the 25th anniversary of the telescope, astronomers captured a higher-resolution version of the photo using the telescope’s new Wide Field Camera 3 in 2014.

After capturing a number of frames, he stacked each channel in DeepSkyStacker, loaded the stack into Photoshop, created hue adjustment layers, set blending modes to screen, and made curves/levels/sharpening adjustments. 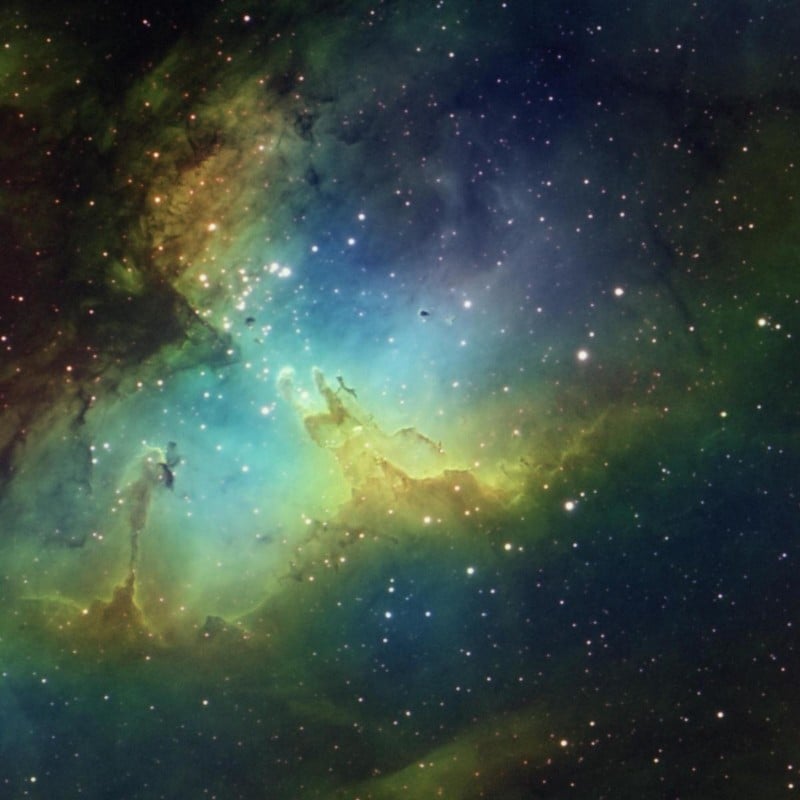 “It is false color since the real color of the nebula is red,” McCarthy tells PetaPixel. “I shot this image in narrowband to get past the Sacramento light pollution.”

“For those who don’t know, narrowband is specific wavelengths of light that allow me to target certain elements,” the photographer writes, “specifically the light produced by hydrogen, oxygen, and Sulphur — 3 elements found in abundance in these star-forming regions of space.”