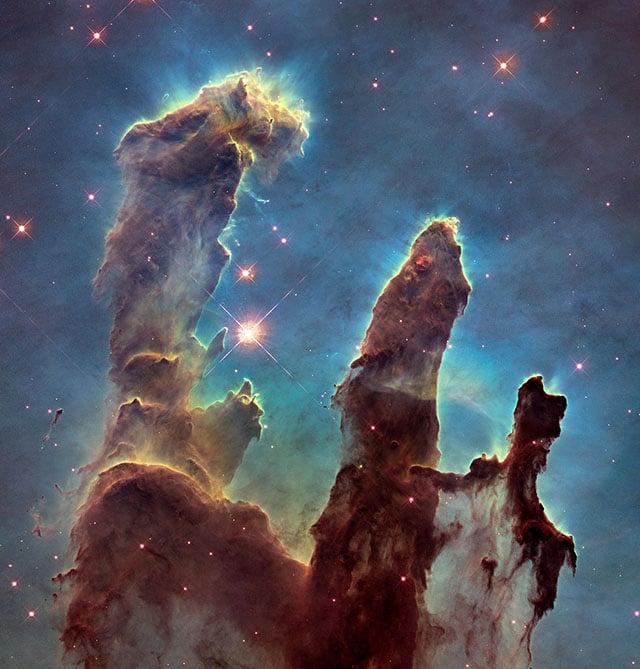 On April 1st, 1995, the Hubble Telescope captured a photograph that became one of the most iconic space photos ever captured. Titled, “Pillars of Creation,” the image shows the gigantic columns of interstellar gas and dust of the Eagle Nebula 6,000 light years away.

Now, 20 years after that image was created, scientists have recreated that image using the same space telescope (shown above). 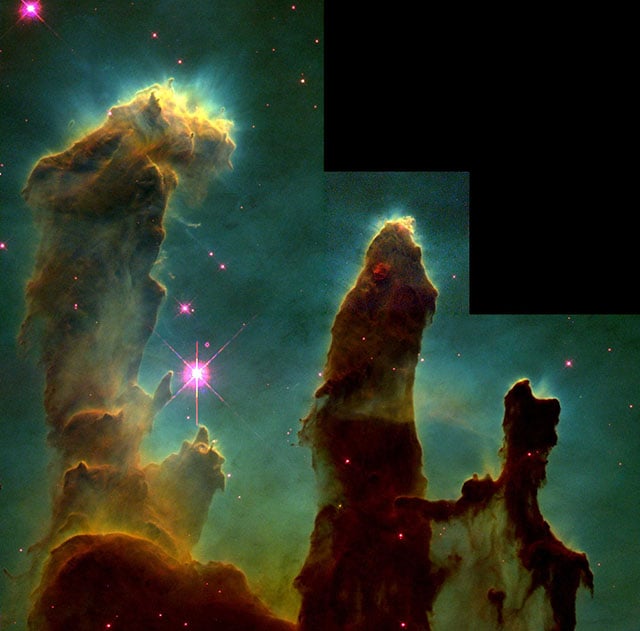 The new photograph at the top is actually a cropped version. Here’s the full one: 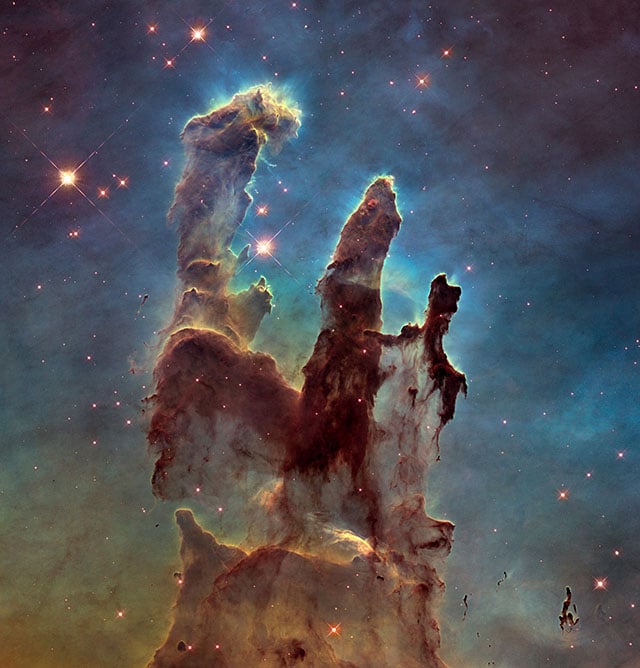 In addition to capturing a sharper and wider view of the scene, the scientists also decided to shoot an near-infrared photograph of the same nebula. Here’s that version: 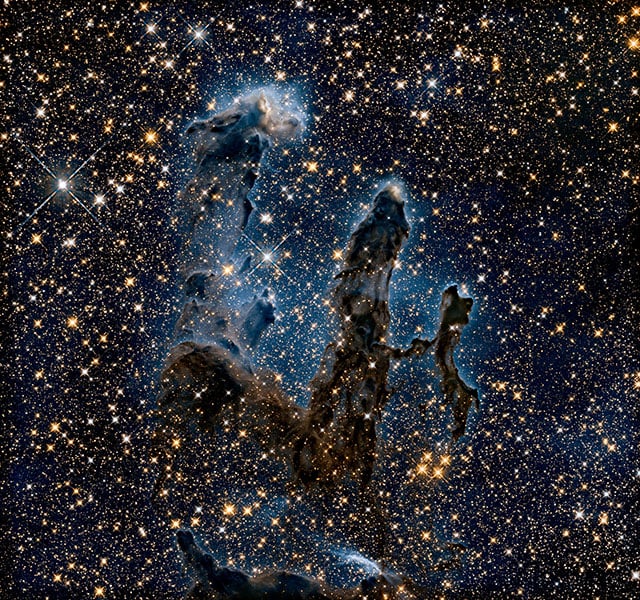 This new view allows us to see through the gas and dust pillars since infrared light travels right through most of it. Only the densest regions show up as ghost-like structures.

You can read more about these photographs in this article on the NASA website. There are also downloadable versions of the new photo here (including a 114MB TIFF file).

Opinion: When It Comes to the ‘Ansel Adams Act,’ the Devil is in the Details