Saradzic, a Fujifilm ambassador, had the privilege of testing one of just 7 existing prototype GFX100 bodies in the world. He believes that “HERMES” is the first time-lapse ever shot with this groundbreaking new camera.

“I quickly scoured for rooftops in Dubai and Abu Dhabi, shooting whatever scenery was in sight,” he says. “I was dying to see what a 12k sensor could produce. I was expecting impressive results, but nothing prepared me for the images I was seeing on my 4k monitor, blown up at 100%. The clarity, sharpness, vibrance and the resolution of the photos produced by the GFX100 are absolutely astounding.” 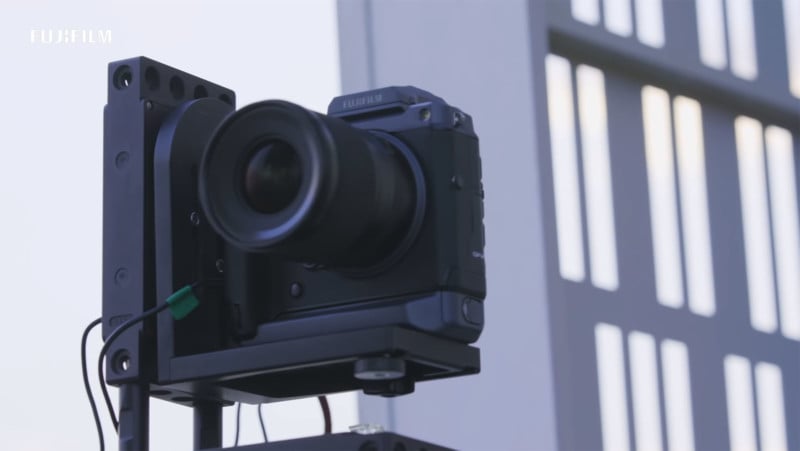 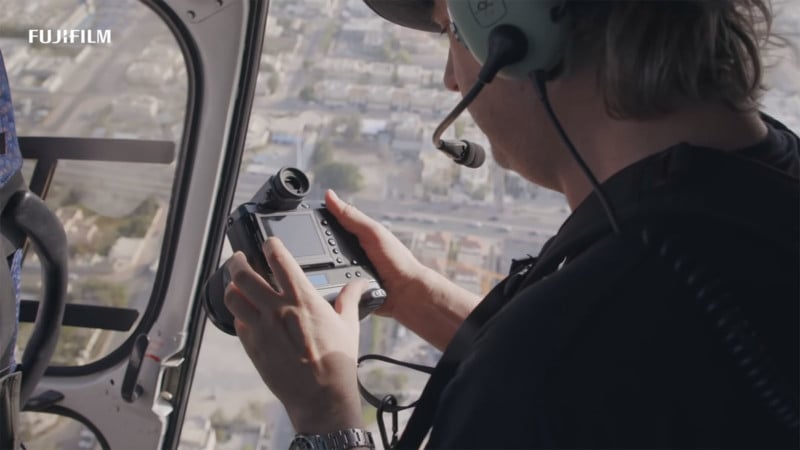 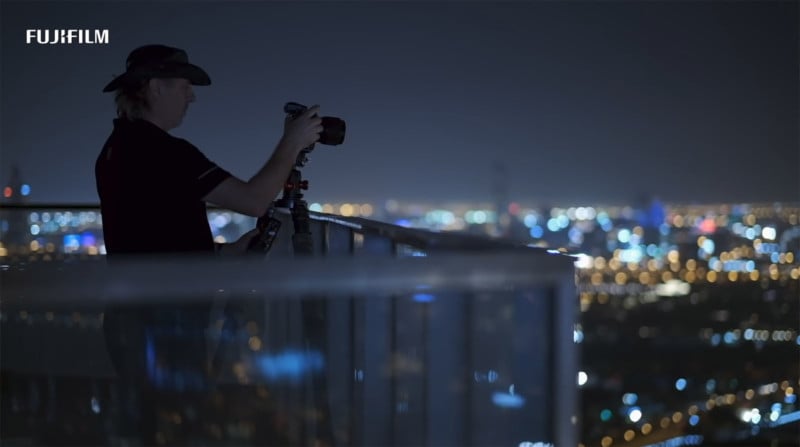 “Let me try to illustrate just how big the images taken with GFX100 are,” Saradzic says. “You could fill a rectangular grid of 12 (twelve!) 4k monitors with just one picture taken with this camera!”

Here’s a 5-minute video by Fujifilm with a behind-the-scenes look at how Saradzic shot the time-lapse and some of Saradzic’s thoughts about using the camera:

“I thought I’d never need a camera above and beyond 50 megapixels. I was so wrong,” Saradzic says. “I don’t see myself shooting with anything less than 100 megapixels now.”

Light Formulation: Statement of an Artist