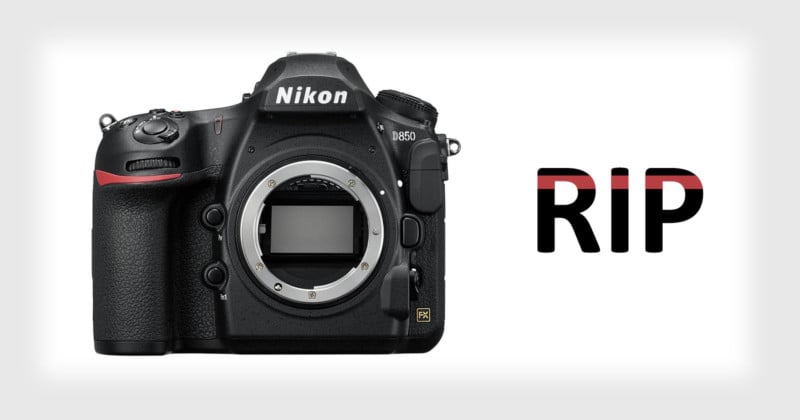 It is always sad to read stories of how others lose or damage their camera gear, and I guess all of us would say, “That would never happen to me because I am cautious and won’t risk my expensive equipment.”

As a travel, concert, and event photographer, from time to time I work in, let’s say… harsh environments, at least for my photo gear. Braving the elements, spilled beer by drunk people, climbing through narrow places, banging the gear into obstacles, etc… I needed a camera that can withstand these conditions and provide excellent image results, and that is why I have two Nikon D850s.

I take care of my gear, cleaning everything after every job, keeping them orderly in a cabinet, taking them in for servicing every year for inspection, fixing every problem immediately. But when I work, the work comes first — the camera (and the lens) is just a tool.

There are videos out there showing how Nikon tests the D850 in extreme humidity as well as high and low temperatures. The videos are convincing — I have the same cameras and I wanted to believe that my cameras could handle all kinds of situations during my work in all kind of conditions. And the videos say the D850 can.

“We’ve tested water resistance by simulating rainfall from various directions,” Nikon’s “True Reliability” video says regarding the D850. Later in the same video: “We wanted to design a camera that wouldn’t let a single drop of water in, even after a long time in the rain.”

In the video, posted by Nikon Asia, Nikon shows a photographer standing in the sea taking photos! 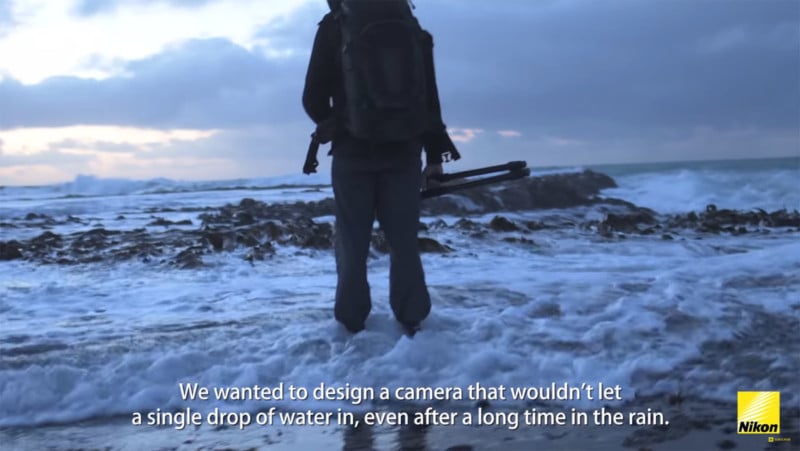 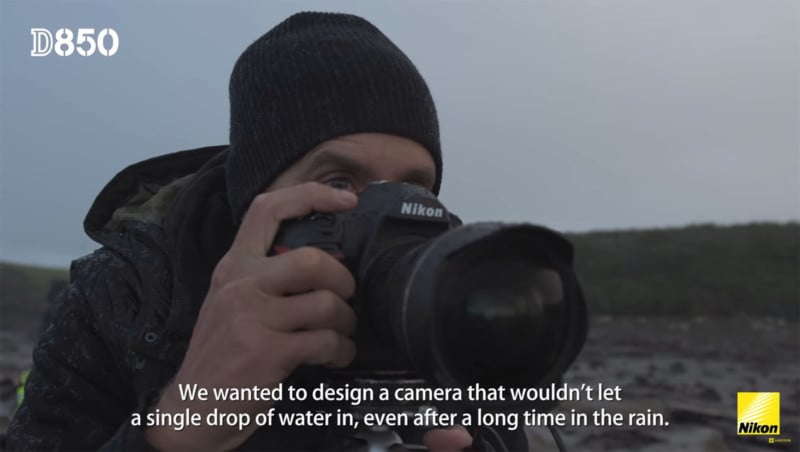 Not so long ago, I had a trip to Sri Lanka. I worked there for a travel agency and did some hired work for tourists to capture their moments while they are on holiday.

It happened on the beach. I was standing a bit away from the waves, shooting as they were in the water enjoying themselves. I crouched down to get some lower-angle shots with the Nikon 70-200 f/2.8E lens attached to the camera, and while taking some shots, a bigger-than-usual wave hit me.

As I was holding the camera, the water bounced back from my chest right into it. “It was not so bad — just a splash,” I thought. The lens was dry, but the camera got some water on it. I removed the cards and battery, and everything looked dry inside. I then went up to my hotel room, cleaned everything, and tried to figure out what to do next.

In the region where I was, I could not find a reliable camera service and my schedule was tight. And I did not want to give the camera to anyone to open up while it is still under warranty (in Europe). I should have, though, as I now know.

Unfortunately, I still had weeks left on my trip. I put the camera away to dry. Two days later, I tried to power it up.

I thought that since this was a Nikon D850, it should have been able to survive the splash. Something was wrong inside, but service will be able to fix it (or so I thought).

Two weeks later, I arrived home in the Netherlands and sent the camera immediately to Nikon Service. Soon after, I received an email with the service report that declared the camera unrepairable due to salt water damage. I felt really bad.

I called service asking why they cannot fix it even if I paid for the repair outside of warranty. They told me that they cannot take responsibility even if it’s repaired. I later called the European Nikon Center just to found out more — how is it possible to have this much water damage on a camera that you can shoot in the rain, in the rainforest, and during snowstorms. They kept saying that this is a weather-resistant camera, not a water resistant one.

I agreed, of course, but I just did not want to believe that I just wasted a €3,800 ($3,300) camera and turned it into a remarkably expensive paperweight.

Nikon Service Point Netherlands sent me photos of how the camera looked inside. 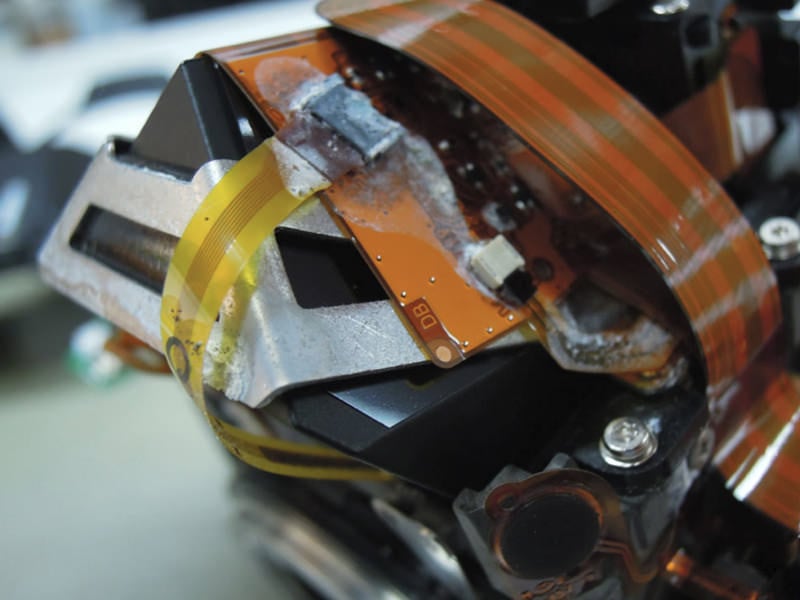 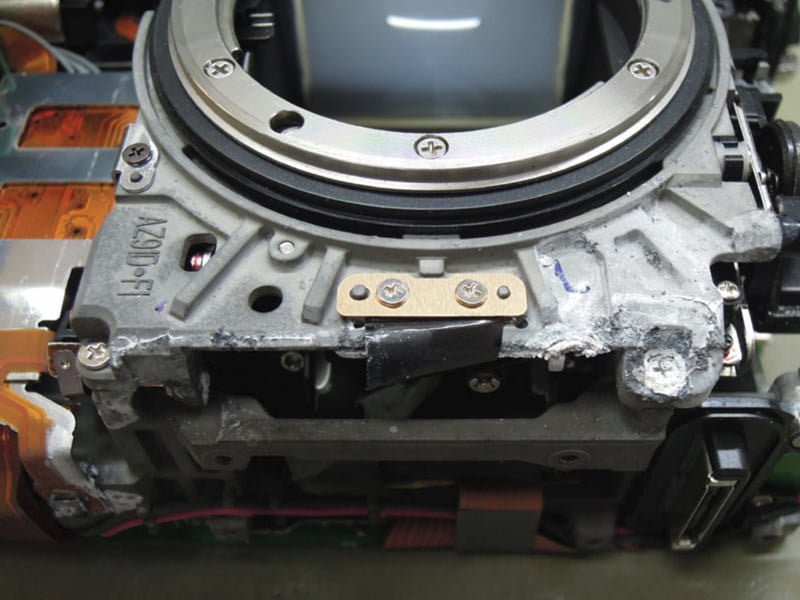 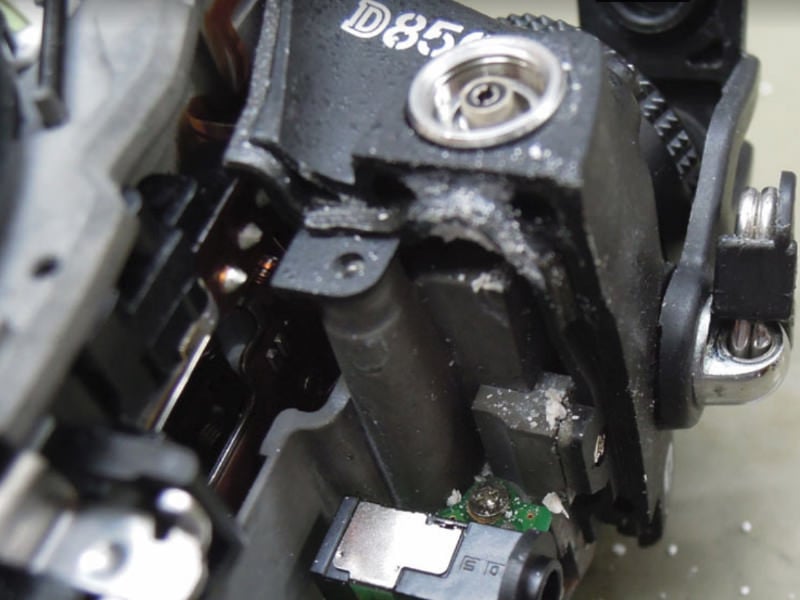 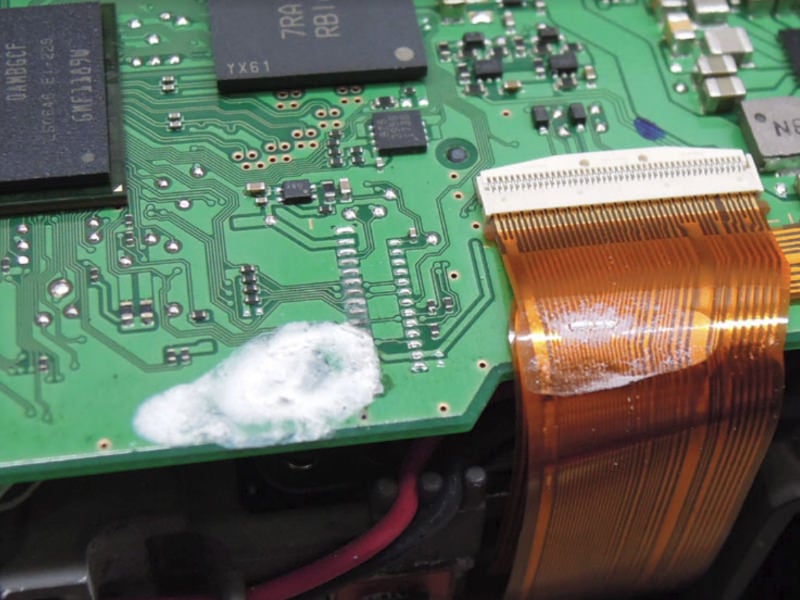 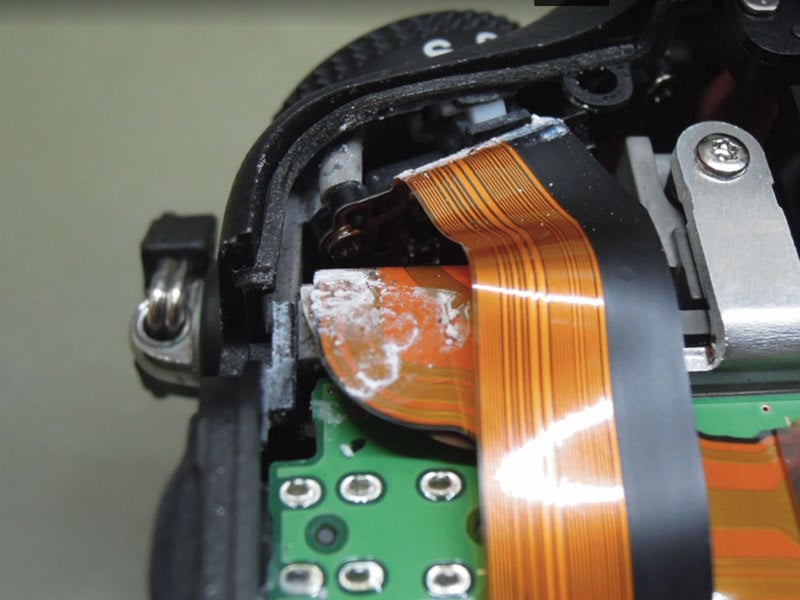 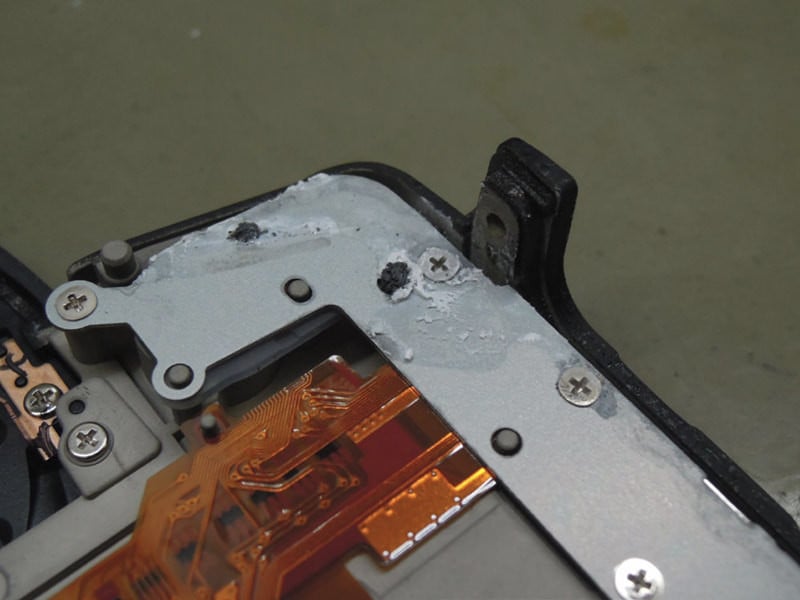 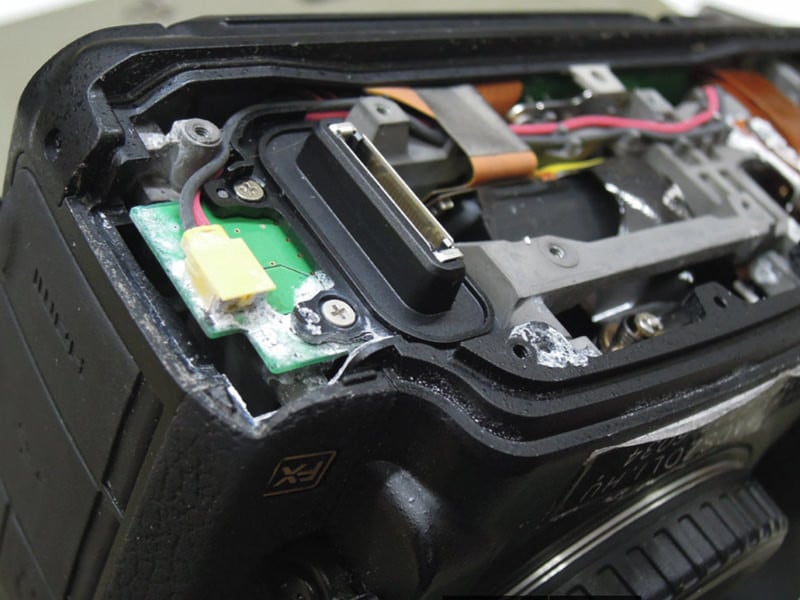 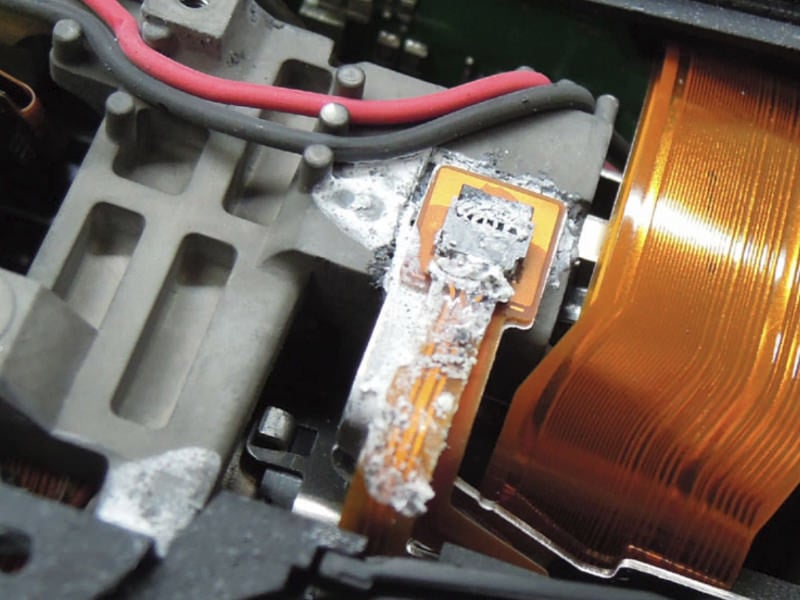 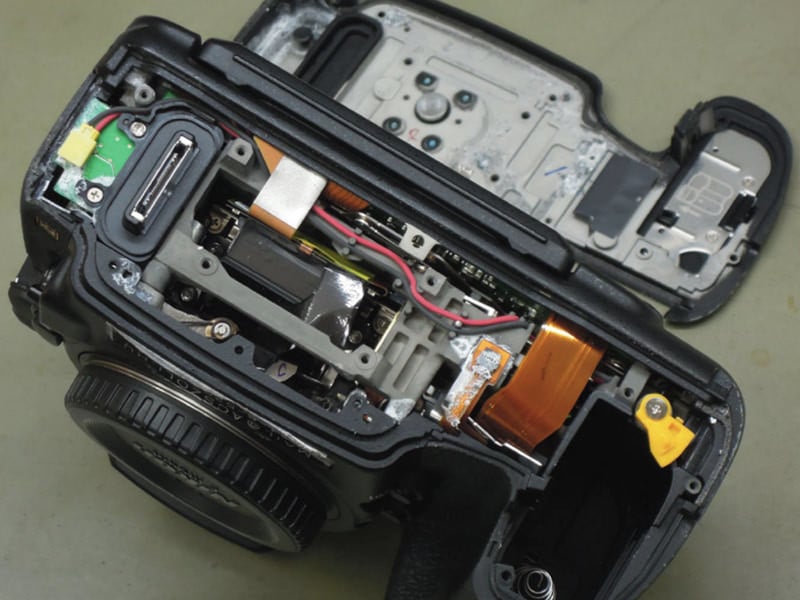 It is really shocking how much salt water got in and how much damage occurred from it. I realized then that I had ruined the camera for good. It was my fault. I just blindly believed that Nikon pro cameras could take everything, and I should not have believed that.

Salt water is deadly for electronics, even in very small amounts! Now I know, having learned from my own mistake.

P.S. I remembered reading about how an unofficial Nikon service in Taiwan revived salt-water-damaged lenses and gear before. I emailed them and they said they would try to fix the camera and to just send it to them. I did that, and now I am waiting to see what happens.

Update on 5/13/19: Nikon Rumors reports that the camera was successfully fixed by NRC Taiwan.

About the author: Zoltan Acs is a Hungarian photographer living in Groningen, The Netherlands. The opinions expressed in this article are solely those of the author. You can find more of Acs’ work on his website, Facebook, and Instagram. A different form of this article was originally published at Nikon Rumors.