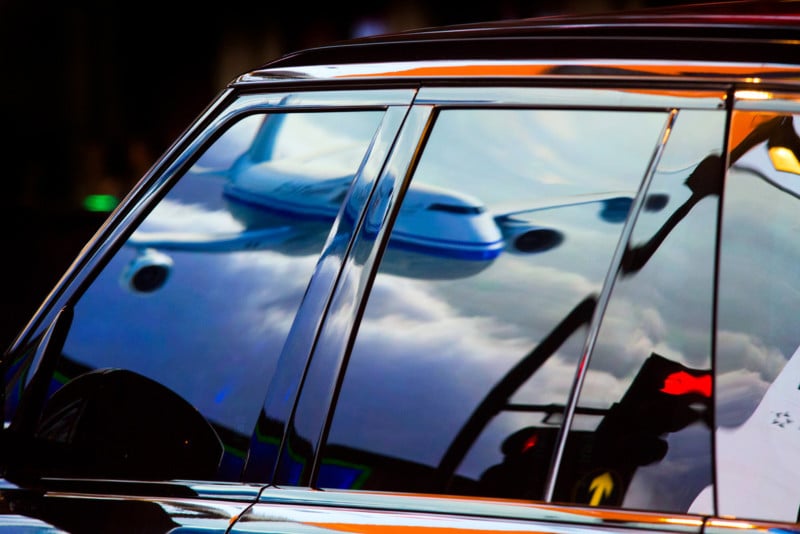 Autos is a project by street photographer Nick Turpin, who photographed the lines of cars under the glow of big city billboards.

“Living in London, a City of some 8 million people, plays a big part in what I choose to photograph,” Turpin tells PetaPixel. “I have always been a street photographer working in the traditional way with a small discreet camera taking candid public photographs, but in recent years I have tried to expand my visual vocabulary on the street, partly by working with different equipment and partly by working on series of images.” 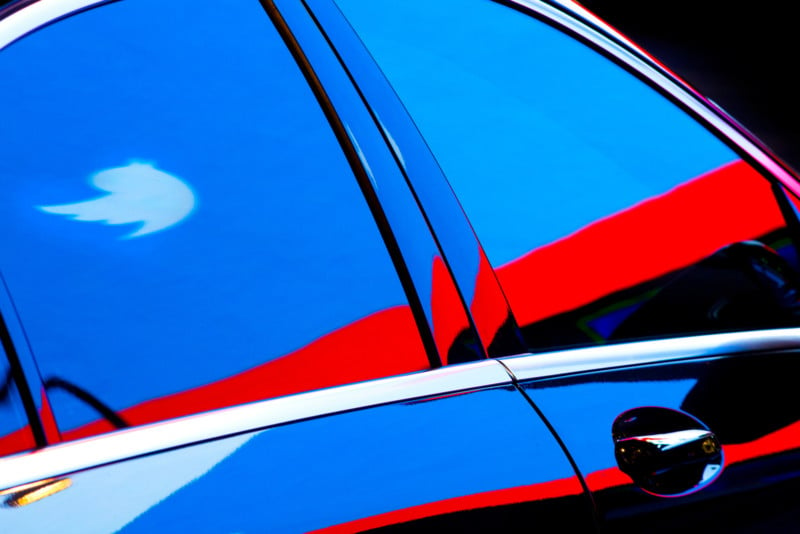 Autos “looks at two of the most prominent aspects of city life, advertising and the automobile,” Turpin says. “Working with Canon DSLRs and a 300mm Image Stabilised Canon lens, I photograph huge illuminated advertising panels reflected in the sides of shiny new cars passing through the West End of London.” 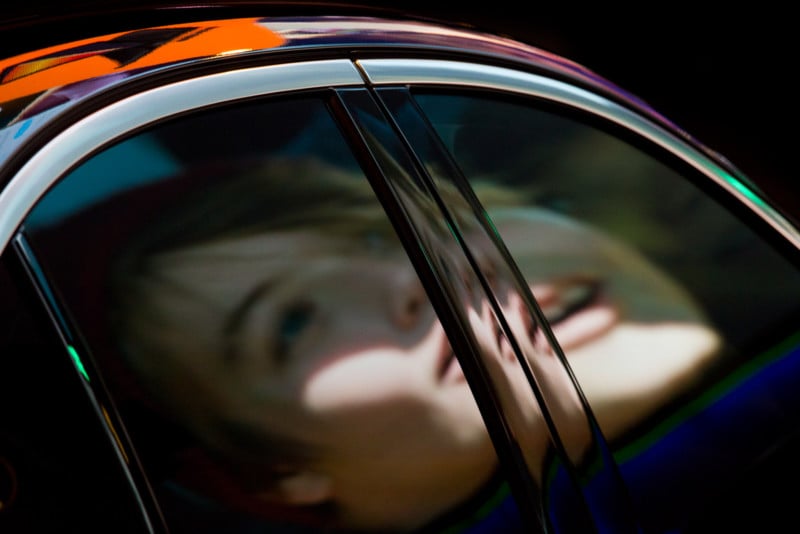 “The resulting images show us the familiar colors, logos and fonts of huge multinational brands ‘poured’ like liquid light over the bodywork and glass of passing cars,” Turpin continues. “The pictures are reminiscent of pop art but also mimic the lighting used in commercial car studios to shoot and sell us cars.” 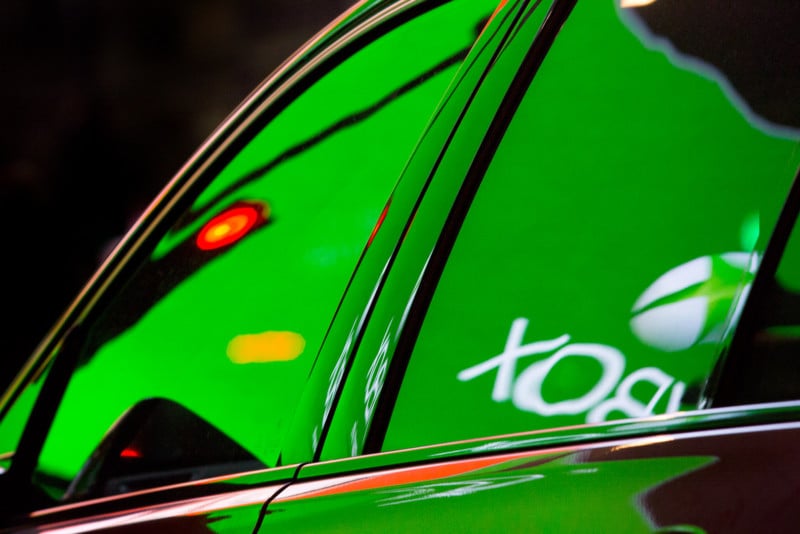 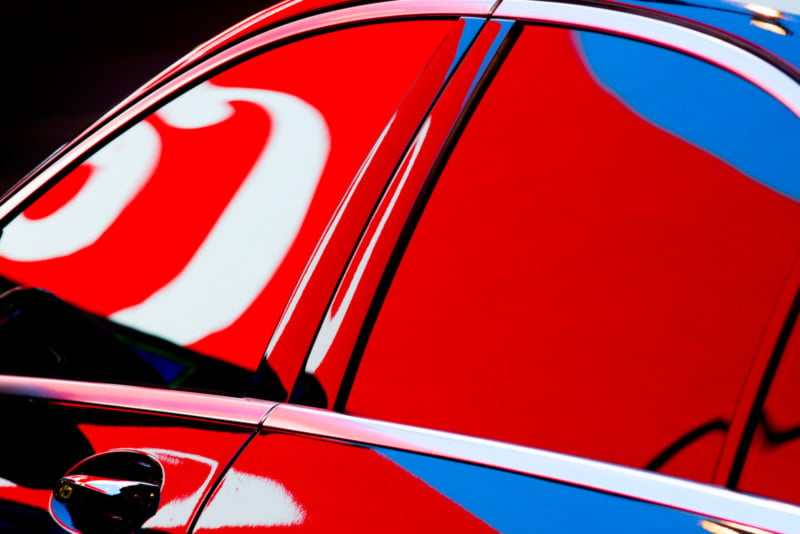 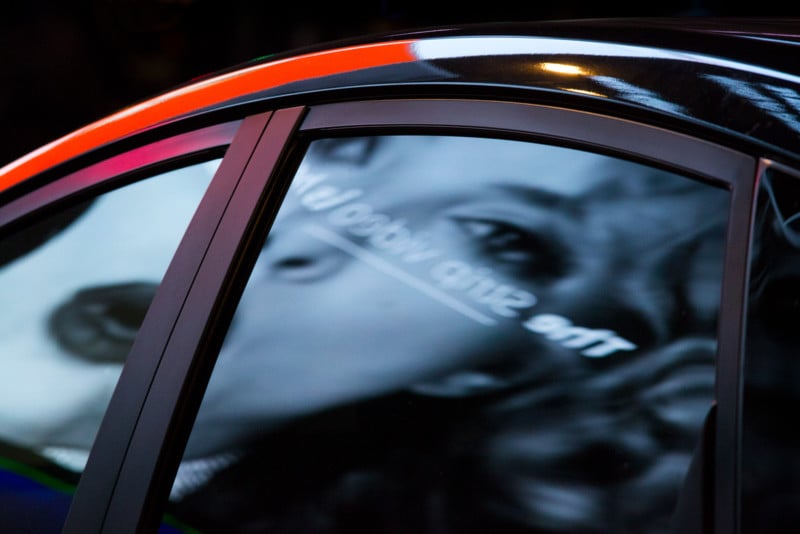 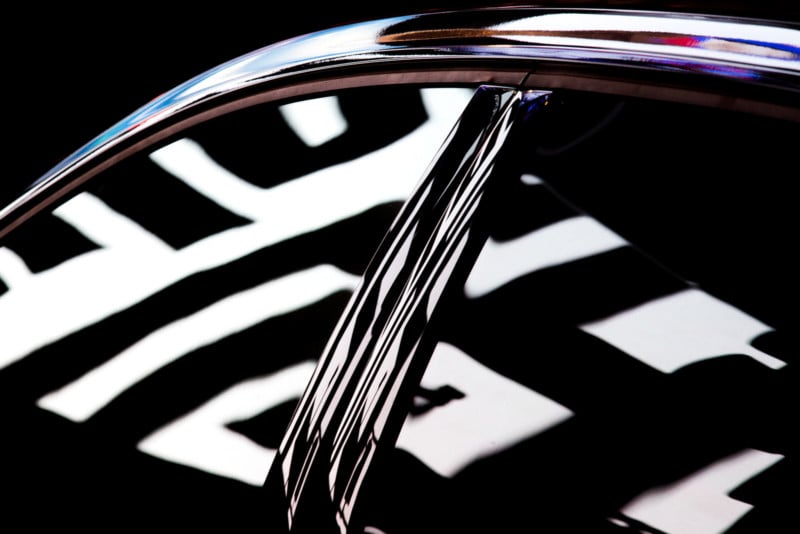 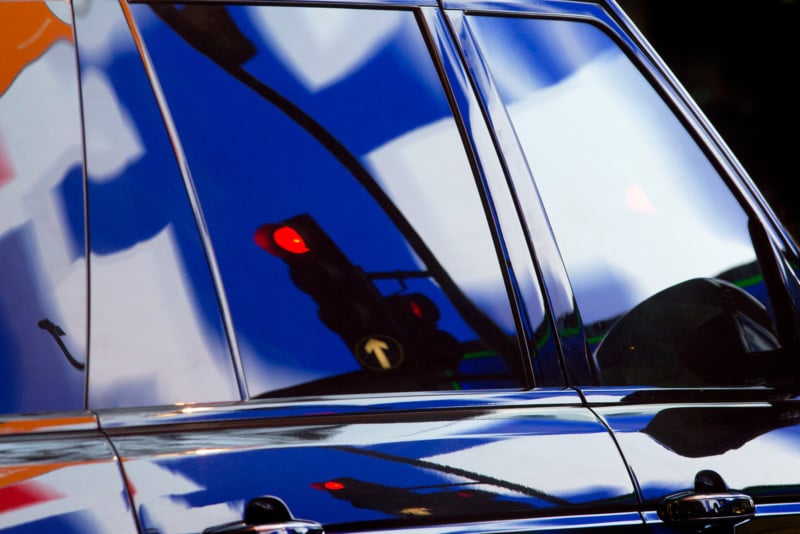 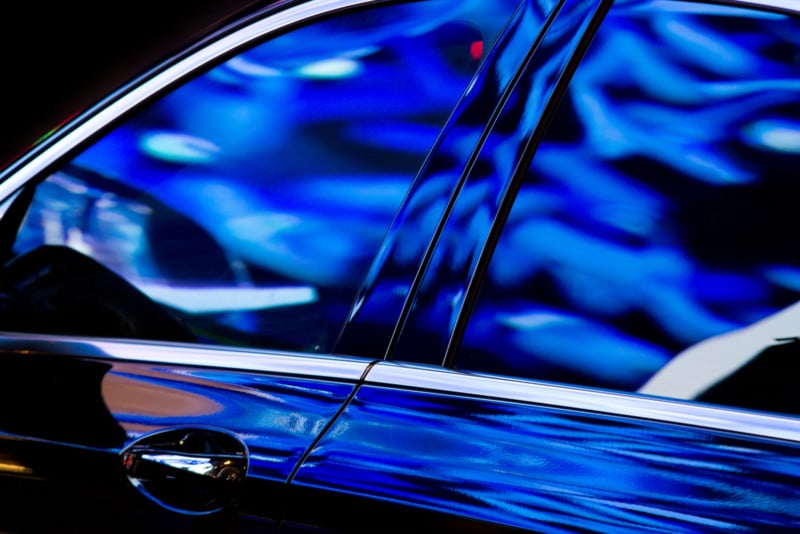 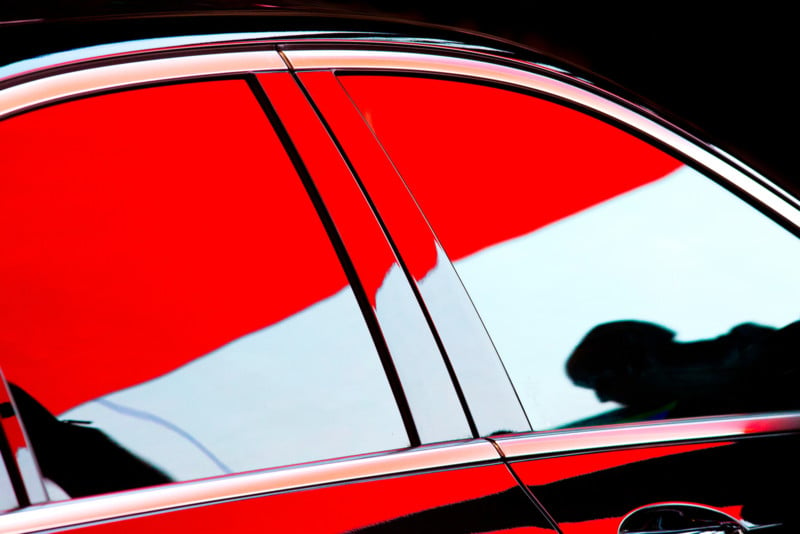 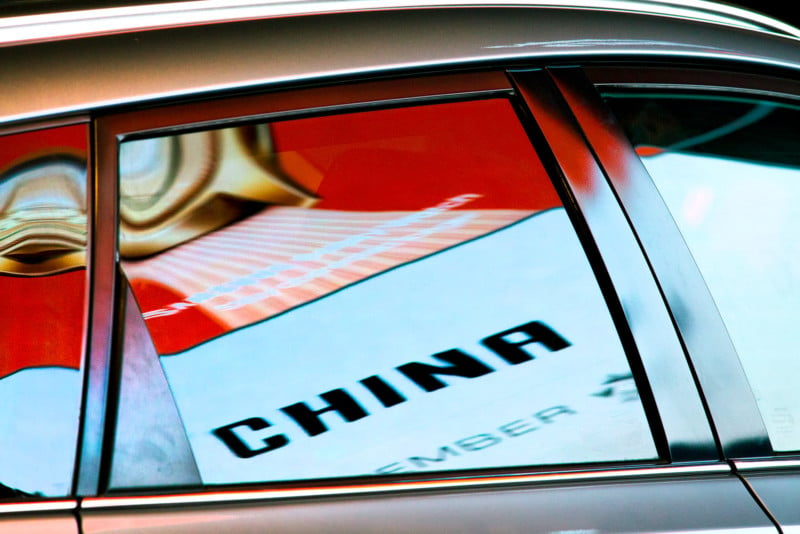 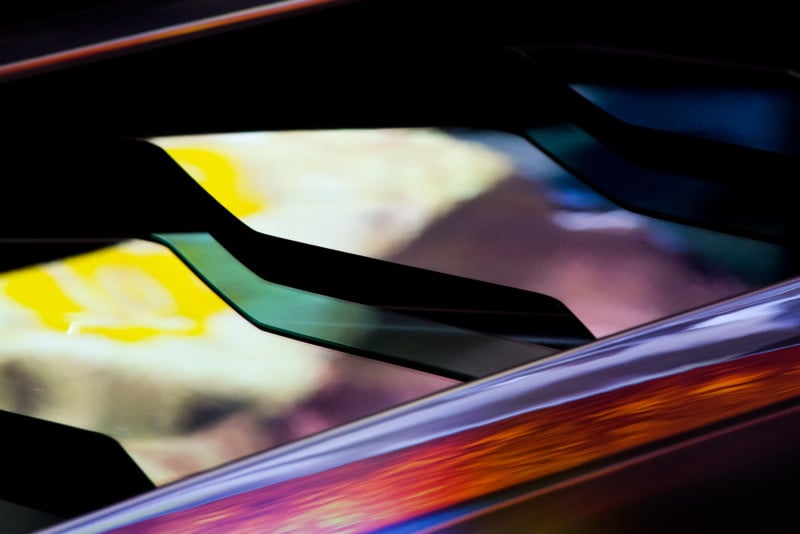 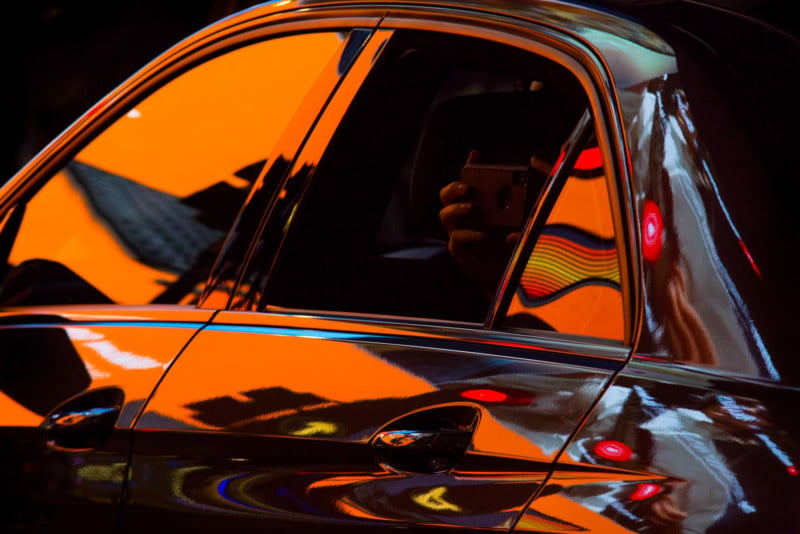 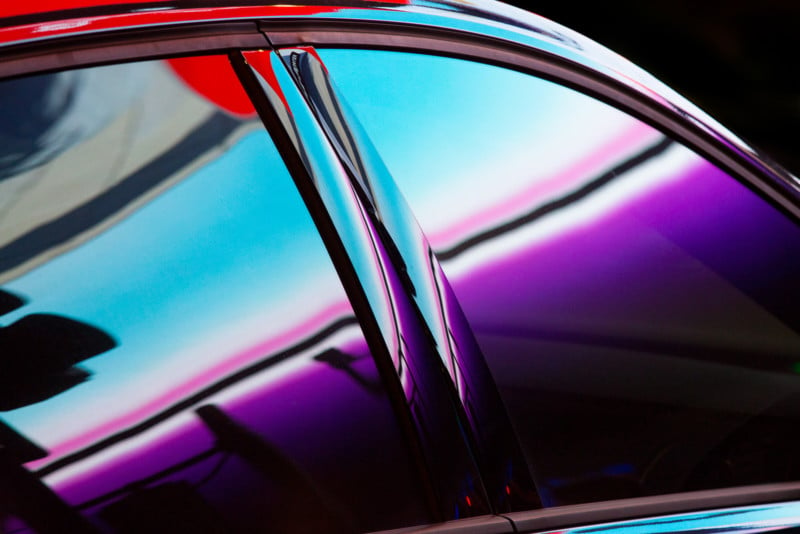 To create the photos, Turpin walks into traffic while he has the right of way and photographs the cars at f/11 to get both the car and the reflected ads sharp.

“I have about 90 seconds to work before the vehicles move off and I have to rush back to the safety of the pavement,” Turpin says. “I return every two weeks, which is when new adverts appear on the big screens.”

Here’s a video showing him at work on the series:

“One of my aims with this series was to really try and make images that looked like nothing I had ever seen before, to create my own visual style for this project specifically,” Turpin says.

You can find more photos from Autos here. You can also find more of Turpin’s work on his website and Instagram.

Woman Slammed for Posting Photo of Her ‘Fine’ Doctor Without Consent