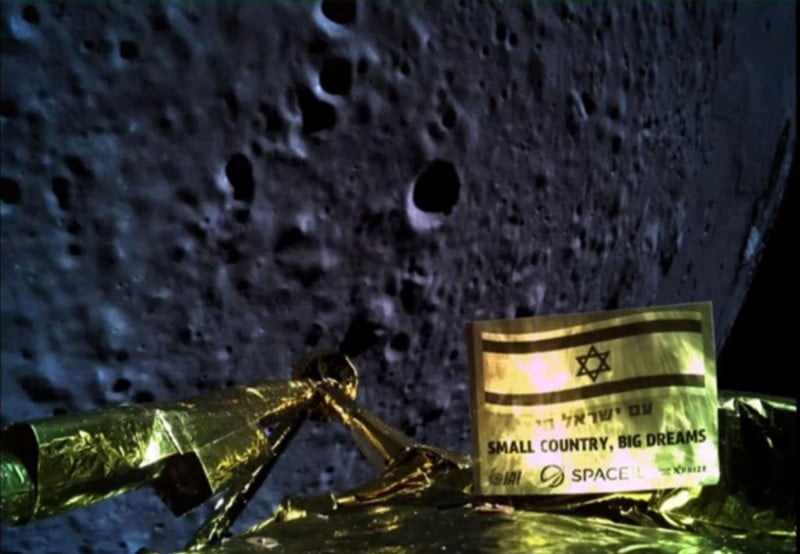 The Israeli spacecraft Beresheet, the first privately funded Moon mission, crashed onto the lunar surface yesterday, but not before successfully taking this selfie with the Moon in the background.

Beresheet was sent to the moon to shoot photos with high-resolution cameras and conduction experiments, but it appears the main engine failed while the spacecraft attempted a soft landing.

Israel is now the fourth country to send a craft to the surface of the Moon, though the previous three (the former Soviet Union, the US, and China) were able to successfully land their spacecraft intact.

One of the interesting aspects of the Beresheet mission was the ultra-low costs involved in sending the robotic photographer to the Moon: it required only around $100 million, and it was able to make the journey on the pint-sized budget by hitching a ride on a SpaceX Falcon 9 rocket back on February 22nd.

While a trip to the moon on a dedicated rocket normally takes only a few days, Beresheet spent weeks using Earth’s gravity to swing it to the moon on a trip 15 times further (in terms of distance covered) than normal missions, according to BBC News.

“While NASA regrets the end of the SpaceIL mission without a successful lunar landing of the Beresheet lander, we congratulate SpaceIL, the Israel Aerospace Industries and the state of Israel on the incredible accomplishment of sending the first privately funded mission into lunar orbit,” says NASA Administrator Jim Bridenstine. “Every attempt to reach new milestones holds opportunities for us to learn, adjust and progress. I have no doubt that Israel and SpaceIL will continue to explore and I look forward to celebrating their future achievements.”

The Winning Photos of the Military Visual Awards for 2018