Harvard University is being sued over daguerreotypes of slaves — believed to be the earliest photos of American slaves — commissioned by one of its professors back in 1850. A descendant of the slaves accuses Harvard of wrongfully seizing, possessing, and profiting from the photos.

USA TODAY reports that the Swiss-born biologist Louis Agassiz had commissioned the photos to be shot by photographer J.T. Zealy in a South Carolina studio to support a theory of human origins called polygenism, or the view that human races have different origins. A slave man and his daughter, Renty and Delia, were stripped of their clothing and photographed naked from a number of angles to argue that African-Americans were inferior to white people.

Now a woman named Tamara Lanier who claims to be Renty’s great-great-great granddaughter is suing Harvard over those photos of her purported direct ancestor. Lanier says she has repeatedly demanded that Harvard stop licensing its photos of “Papa Renty” for profit, only to have her requests ignored.

She’s also demanding that the original Harvard-owned daguerreotypes be handed over to her family.

After the photos of Renty, Delia, and 11 other slaves were made in 1850, they disappeared for 126 years until they were discovered in an attic at Harvard. One particular photo of Renty has since become an iconic photo representing American slavery, and it continues to be used on things such as conference programs and book covers. 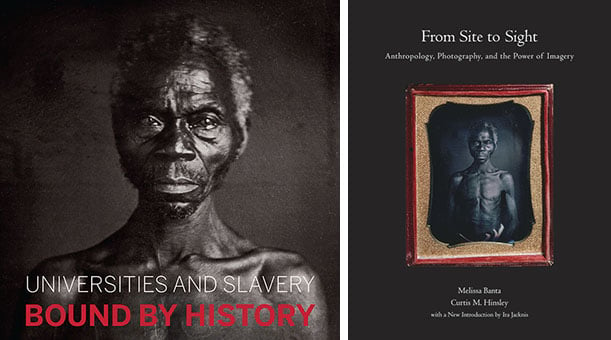 Harvard allegedly charges a licensing fee for the photos to be reproduced.

“These images were taken under duress, and Harvard has no right to keep them, let alone profit from them,” attorney Michael Koskoff, who’s representing Lanier, tells USA TODAY. “They are the rightful property of the descendants of Papa Renty.”

The lawsuit states that Harvard has “avoided the fact that the daguerreotypes were part of a study, overseen by a Harvard professor, to demonstrate racial inferiority of blacks.”

The Art of Seeing as a Photographer