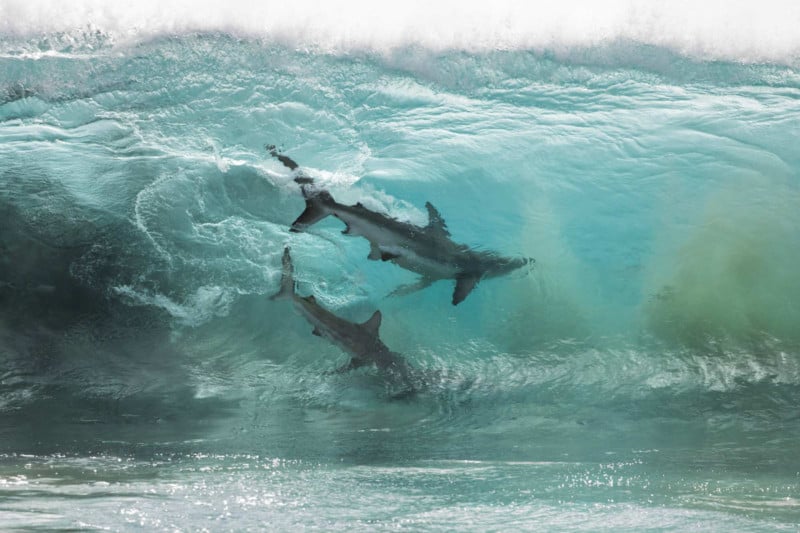 Photographer Sean Scott was shooting at a Western Australia beach a couple of years ago when he captured this beautiful photo of two sharks inside a large ocean wave.

Scott was shooting with his Canon 5D Mark IV and a Canon 100-400mm lens at Red Bluff when he spotted an enormous school of fish in the water close to shore.

He also spotted some dark shapes swimming around the big black bait ball, and after scrambling to set up his camera equipment, he managed to get shots of sharks floating above sea level in glassy waves.

Scott also flew his drone over the scene, and the aerial perspective revealed that there were over 200 sharks feeding at the time.

You can find more of Scott’s work on his website and Instagram. You can also purchase prints of one of the shots in the series here.

Image credits: Photograph by Sean Scott and used with permission

Fujifilm to Hike Film Prices by 30%+ on April Fool’s Day (No Joke!)

We Are Known By What We Leave Behind