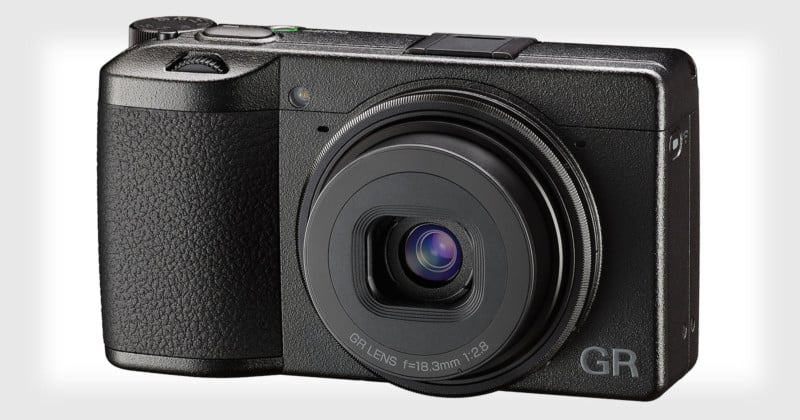 Ricoh has officially launched the GR III, its latest high-end compact digital camera that’s designed to be the ultimate tool for street photographers. 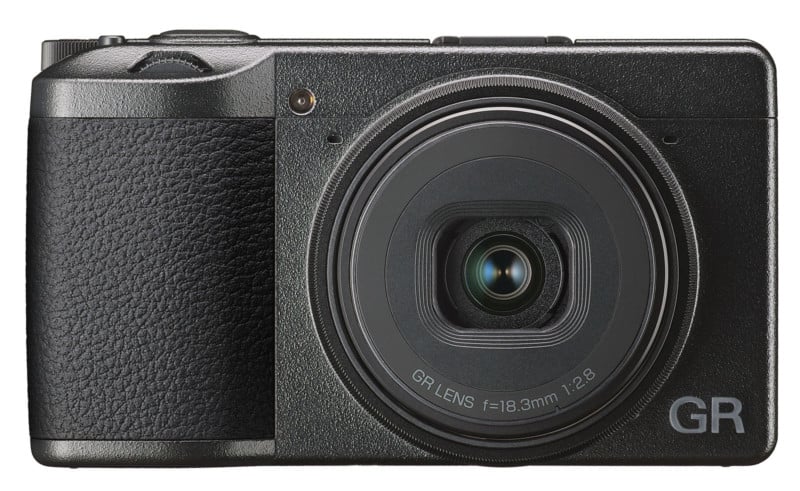 Inside the camera is a 24.24-megapixel APS-C CMOS sensor, up from 16.2MP in the GR II, backed by a new GR ENGINE 6 imaging engine. The sensor omits an anti-aliasing filter to improve sharpness and instead uses a digital AA Filter Simulator that reduces moiré by the same amount as an optical filter. 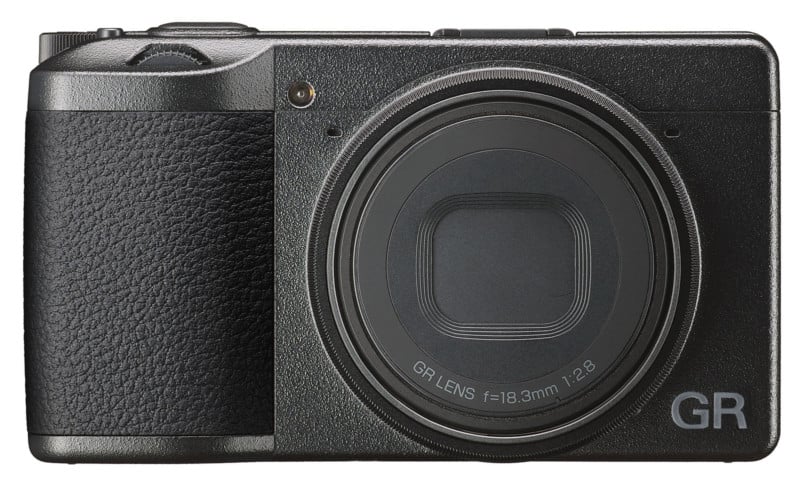 The sensor also provides stabilization in the form of 3-axis, sensor-shift shake reduction that provides 4 stops of compensation.

On the front of the GR III is a newly designed 18.3mm f/2.8 lens, equivalent to a 28mm lens in 35mm terms. The lens now contains 6 elements in 4 groups, down from 7 elements in 5 groups in the GR II (which has the same focal length). 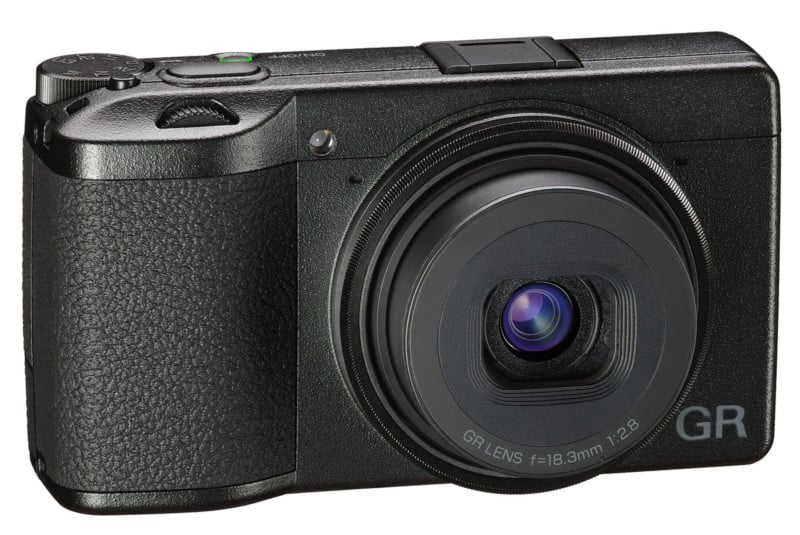 The lens has an incorporated neutral density (ND) filter for opening up the aperture by two stops, and it also features a 9-bladed aperture for beautiful bokeh when shooting wide open.

Macro photography is improved by the fact that the camera can now focus at a distance as close as 2.4in (6cm) from the subject, down from 3.9in (9.91cm) in the GR II.

For autofocusing, the GR III packs a hybrid AF system that combines contrast-type AF with phase-detection AF, using both methods for faster and more accurate focusing. 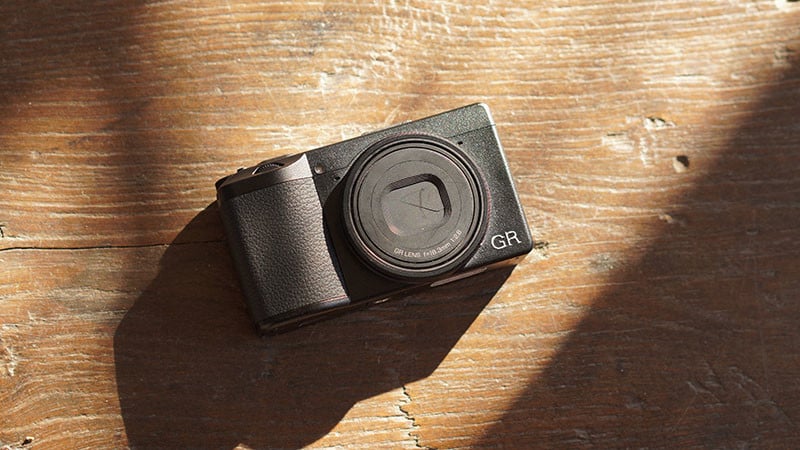 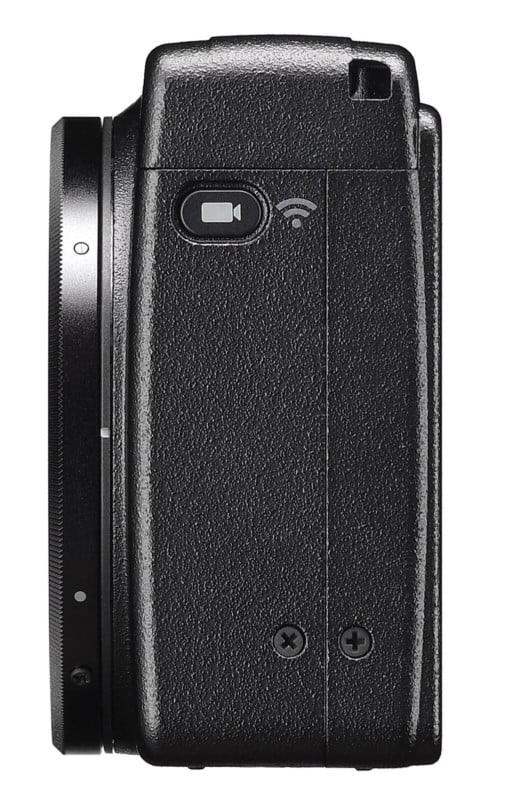 On the back of the camera is a 3-inch, 1.037-million-pixel LCD touchscreen (the first on a Ricoh GR camera) that allows various camera functions to be controlled through it (e.g. AF frame shift, menu selection, and image magnification and advance during playback). 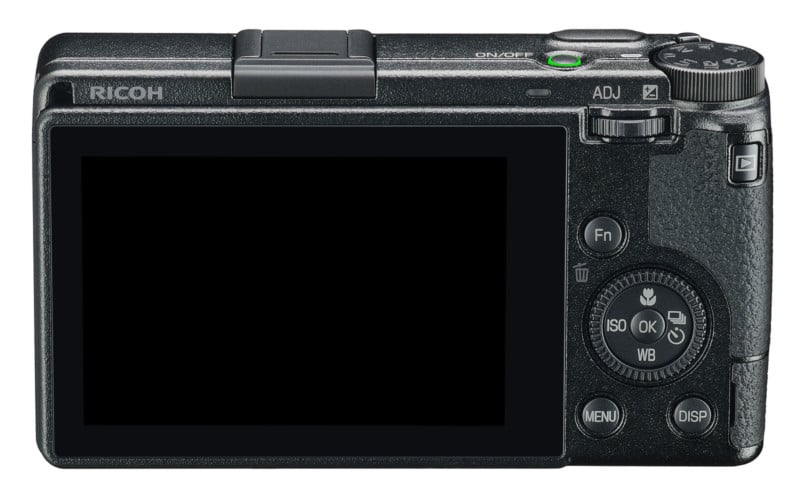 Other specs and features of the camera include Full HD video in H.264, crop mode (shooting at 35mm or 50mm angle of views), in-camera RAW development, ADJ and Fn buttons for custom functions, an electronic level, USB Type-C, Bluetooth and Wi-Fi, and an available $250 GW-4 Wide Conversion lens that changes the focal length to 21mm (in 35mm terms). 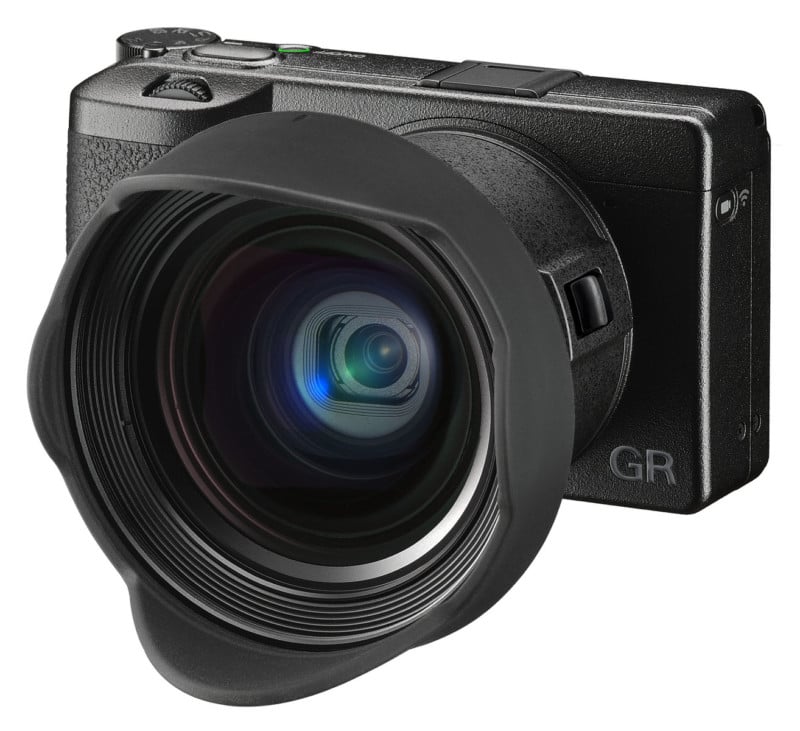