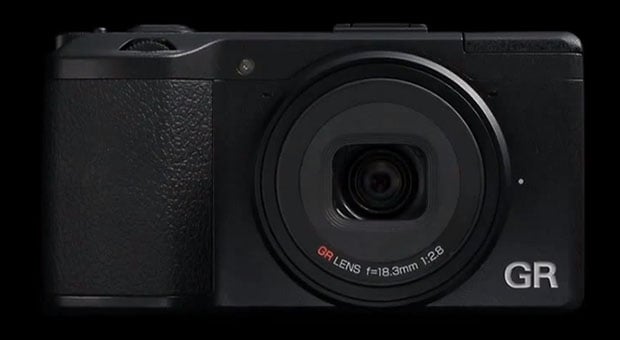 Back in January, we reported that Ricoh’s upcoming GR Digital V camera will be the first in the series to feature a large APS-C sensor. Now, a video has leaked that not only confirms that sensor size, but reveals much more about the camera as well.

Here’s a video that Mirrorless Rumors received and published today. It’s an English language introduction to the new GR camera:

From the video, we learn that Ricoh is indeed moving from the smaller 1/1.77-inch CCD sensor it used in the past to a relatively giant APS-C 16.2MP CMOS sensor — the same size and type found in many DSLR cameras. The camera will be the smallest digital camera to feature an APS-C sensor.

Inside the camera is a GR Engine V processor, which gives the camera speed. It has a startup and shutdown time of 1 second, 0.2 second autofocus, and 4 frame per second continuous shooting.

Turn the camera around, and you’ll find a large 3-inch LCD screen for reviewing and framing shots (the camera doesn’t have a built-in viewfinder). 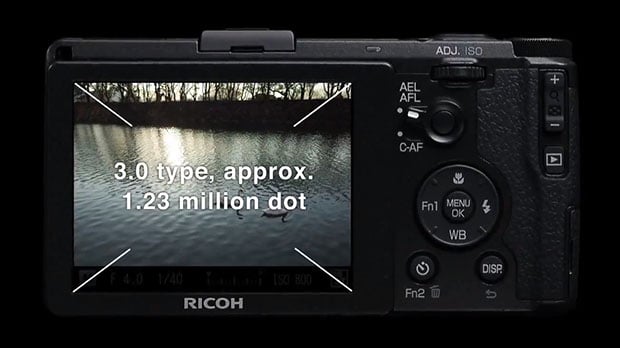 The side of the camera features a convenient “Effects” button for applying various effects to your photos. 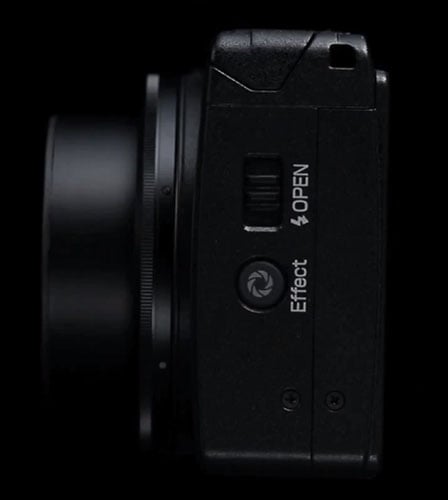 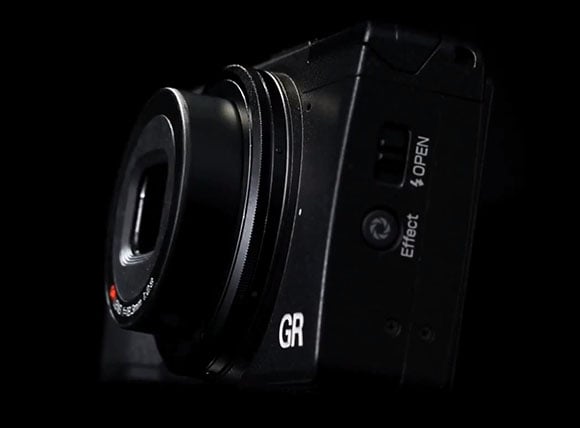