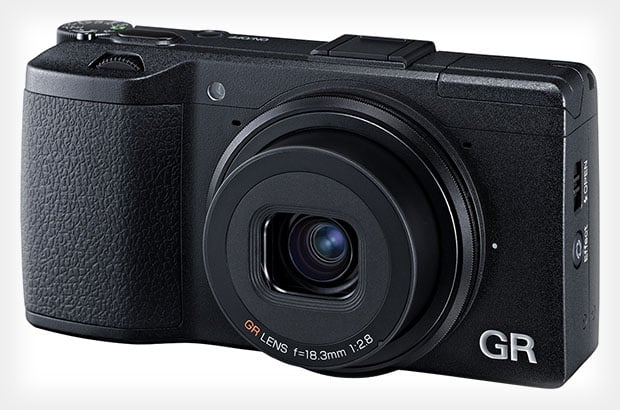 One of the big trends in the digital camera industry right now is the stuffing of large sensors into tiny cameras. Today Ricoh became the latest camera company to join in on the action. It has officially announced the Ricoh GR, a compact camera that features a beastly APS-C-sized sensor at its core.

The new 16-megapixel CMOS sensor is a huge step up from the 1/1.77-inch CCD sensors that were previously used in GR Digital cameras. The new sensor should be a welcome upgrade for photographers looking for portability without having to sacrifice image quality. Portability is something you’ll definitely get with this camera. The body is made of durable magnesium alloy but weighs just 8.6 ounces. It’s built to feel like a point-and-shoot camera, and the entire interface is designed for easy one-handed shooting.

On the back of the camera is a 3-inch 1.23-million-dot LCD screen. On the front of the camera is a fixed 18.3mm f/2.8 lens that is equivalent to 28mm in 35mm terms — an appropriate focal length for everyday shots and street photography (something GR Digital cameras have long been used for). There’s a new GR Engine V image processor that helps minimize noise, even when the sensitivity of the camera is boosted up to its max of ISO 25600.

The camera also focuses on speed, both in handling and in shooting. A new lens driving mechanism and autofocus algorithm allows the camera to focus in 0.2 seconds. The startup time stands at just one second, allowing the camera to be at the ready for when you need to capture a fleeting shot.

Other features include in-body RAW development, a dedicated depth-of-field preview button, 4 frame per second continuous shooting, a crop mode that gives you an apparent focal length of 35mm instead of 28mm, Eye-Fi compatibility for wireless data transferring, a pop-up flash, a dedicated button for 9 image effects, and 1080p H.264 HD video recording with continuous AF. 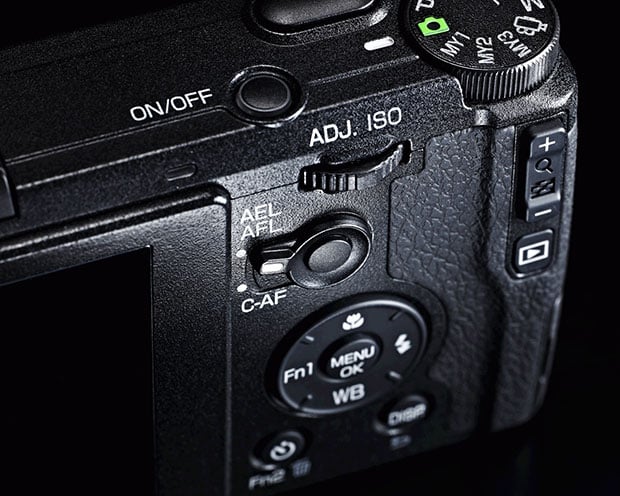 The new Ricoh GR will be available starting in May 2013 with a price tag of $800 (it’s available for preorder over at B&H). It’s a bit pricey as far as high-end compact cameras go, but is a bargain compared to the $1,100 Nikon is charging for its own APS-C compact, the Coolpix A.

Android Was Originally Built for Cameras Rather Than Phones, Founder Says

Photo Mosaics That Show Just How Much Internet Reproductions “Lie”