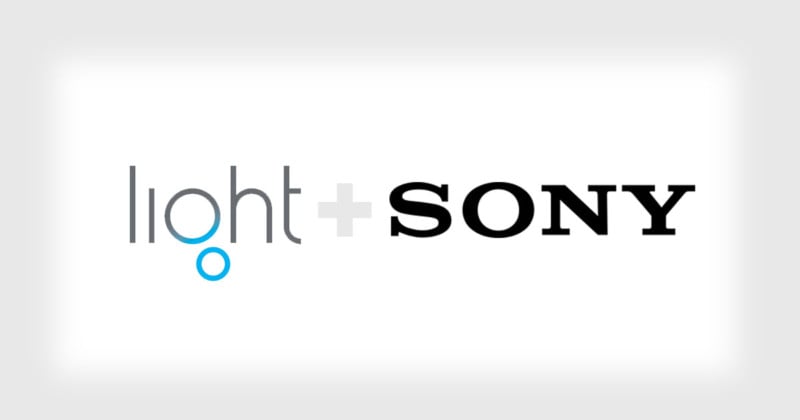 Light and Sony have announced a new partnership to advance a future of smartphones with four or more cameras on the back.

Light, which previously launched a 16-camera point-and-shoot called the L16, has recently been pushing into the world of smartphones. Sony is the global leader in imaging sensors, so the partnership will see Sony sensors paired with Light’s multi-camera module technologies.

Both cameras will “jointly work on development and marketing of multi-image sensor solutions.”

“The agreement allows Light to use and recommend to its customers and partners, Sony’s image sensors built in Light’s computational imaging solutions and reference designs,” the companies state in a press release. “These new reference designs combine Light’s multi-camera technology together with Sony’s image sensors to create new multi-camera applications and solutions beginning with the introduction of smartphones containing four or more cameras.”

“Sony is the recognized quality and market share leader in image sensors and we are thrilled to partner with them,” says Light co-founder and CEO Dave Grannan. “We are entering an entirely new era of intelligent imaging applications that will transform smartphones, autonomous vehicles, and security systems. With Sony’s world-class image sensors, we can introduce new innovations in the multi-camera imaging space.”

Pictionary Air is Light-Painting Turned Into a Game