Fyre Festival was a “luxury music festival” that failed spectacularly back in 2017 after attracting a huge amount of interest with a viral photo and video marketing blitz. Shutterstock has released this 30-second video to show how the wildly expensive Fyre Festival promo video could have been created at a tiny fraction of the cost.

If you’ve watched the new documentaries Fyre and Fyre Fraud (on Netflix and Hulu, respectively), you know that the organizers spend a huge amount of money flying many of the world’s top models out to the Bahamian island of Great Exuma to shoot an epic promo. Here’s what they created:

“With what looks like a truly epic budget, the official promo video features famous supermodels and hard-to-reach filming locations, not to mention that adorable swimming pig,” Shutterstock says. “The video struck a chord with us at Shutterstock. We know that promo videos don’t need to cost the world. The festival organizers could have saved a lot of money by using footage from Shutterstock and royalty-free music from PremiumBeat.”

Shutterstock estimates that Fyre’s organizers spent at least $161,000 in creating their promo (and days on location shooting and in the editing room putting it together). The parody video above, titled “Fyrestock,” only took a single day to make without leaving the office. It consists of 18 different stock clips that cost a grand total of $2,062. 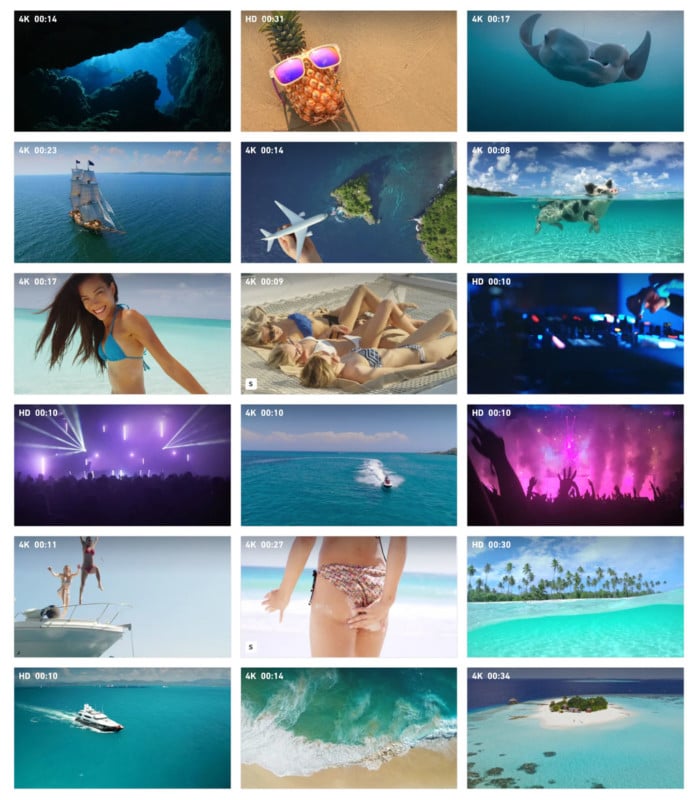 With music licensing and post-production, the total cost came out to be less than $5,000.

Oh, and Shutterstock notes that it has over 200 stock videos of swimming pigs alone.

Shooting the New Kodak Ektachrome 100 in the City at Night

The Benefits of Posting My Prices for On-Location Corporate Headshots