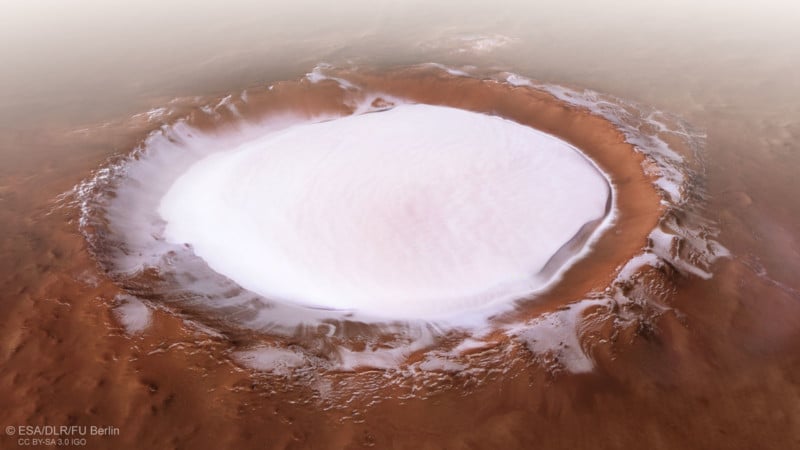 The European Space Agency (ESA) has released an eye-opening pair of new photos that show a massive crater of water ice on Mars. The crater measures 51 miles (83km) across and contains a 1.1-mile-thick (1.8km) mound of water ice all year round. 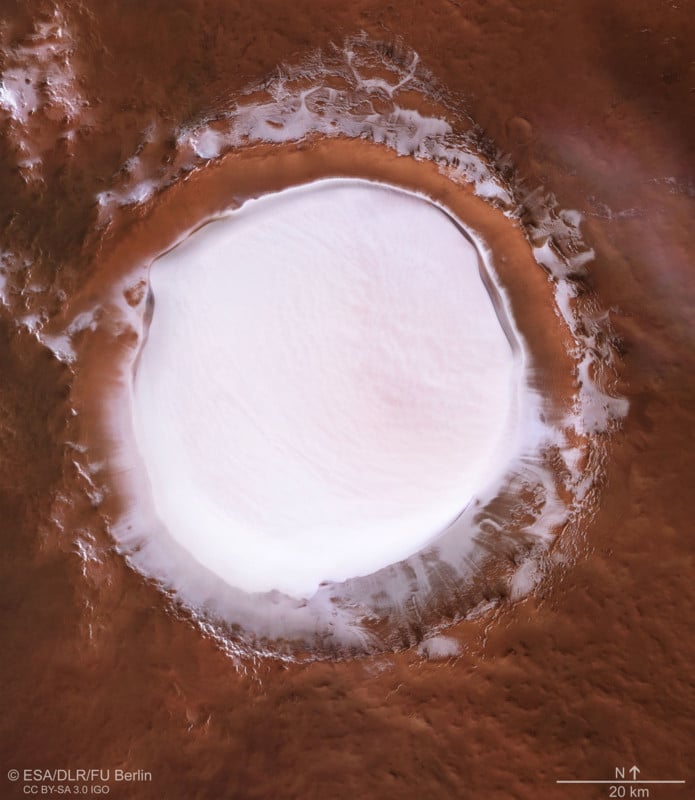 The composite photos of Korolev crater were captured by the Mars Express High Resolution Stereo Camera (HRSC) over a series of orbits around the Red Planet earlier in 2018 (starting at the beginning of April). During each of the orbits, the camera captured a strip of imagery. Five such strips were combined to create the two photos.

For those of you asking – yes it is water ice.

“This ever-icy presence is due to an interesting phenomenon known as a ‘cold trap’, which occurs as the name suggests,” the ESA writes. “The crater’s floor is deep, lying some two kilometers vertically beneath its rim. The very deepest parts of Korolev crater, those containing ice, act as a natural cold trap: the air moving over the deposit of ice cools down and sinks, creating a layer of cold air that sits directly above the ice itself.

“Behaving as a shield, this layer helps the ice remain stable and stops it from heating up and disappearing. Air is a poor conductor of heat, exacerbating this effect and keeping Korolev crater permanently icy.”