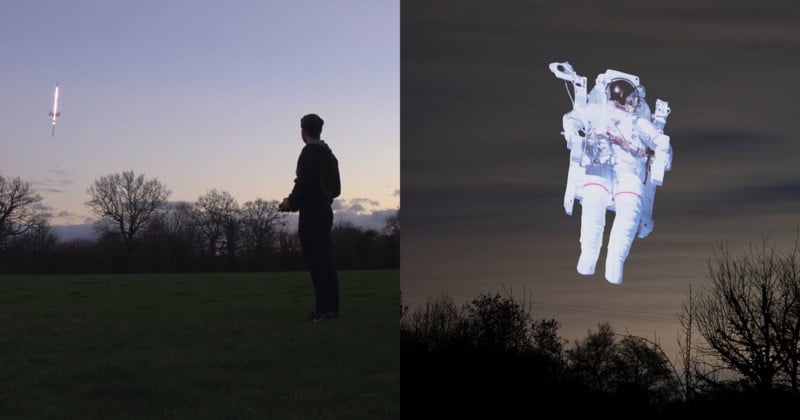 What do you get when you combine a pixelstick with a drone? Makers Ivan Miranda and Tom Stanton recently decided to show all of us by creating a custom light stick drone that can be used to shoot light-painting photos in the sky.

“My part of the job was to design and program a huge POV display using a 432 LED 3 meter led strip controlled by a Teensy 3.6 and loading the images from an SD card,” Miranda writes. “Once I finished I sent everything to Tom so he could make it fly.”

Here’s the 16.5-minute video in which Miranda shows how he built the light stick display:

The light stick essentially displays the vertical lines of images as it travels horizontally. By shooting a long-exposure photo of the light stick, the complete image is captured on camera.

Once the stick was created, Stanton built his own 2-meter-long version using lightweight wood. Here’s Stanton’s 11.5-minute video showing how he flew the light stick drone for a series of light painting photos:

And after wobbly flights over a week in the cold darkness of a field, Stanton managed to create an interesting series of light-painted photos: 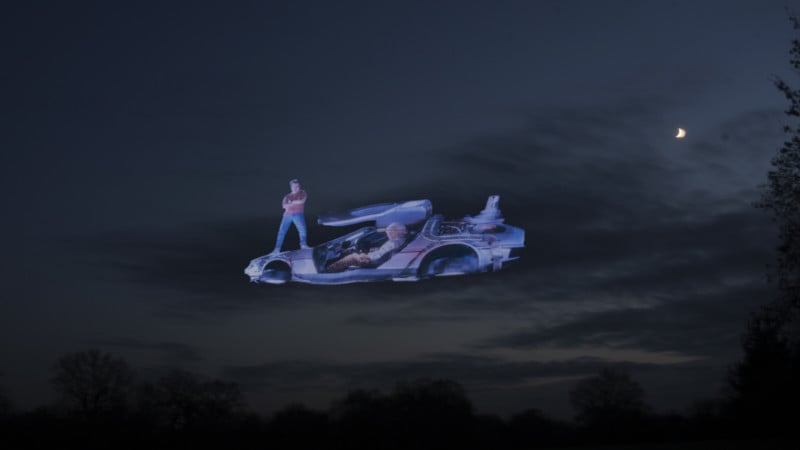 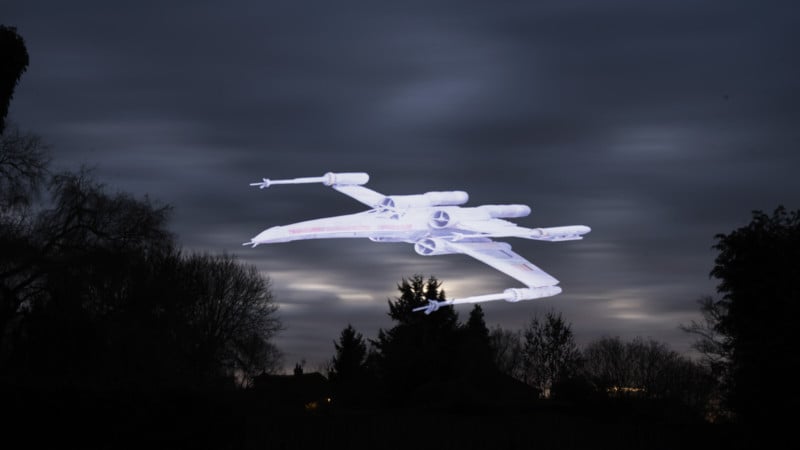 You can find more videos by these two tinkerers by subscribing to Ivan Miranda and Tom Stanton on YouTube.

Image credits: Photographs by Tom Stanton and used with permission

Gatwick Airport Shut Down by Drones, 100,000+ Delayed, Military Called In