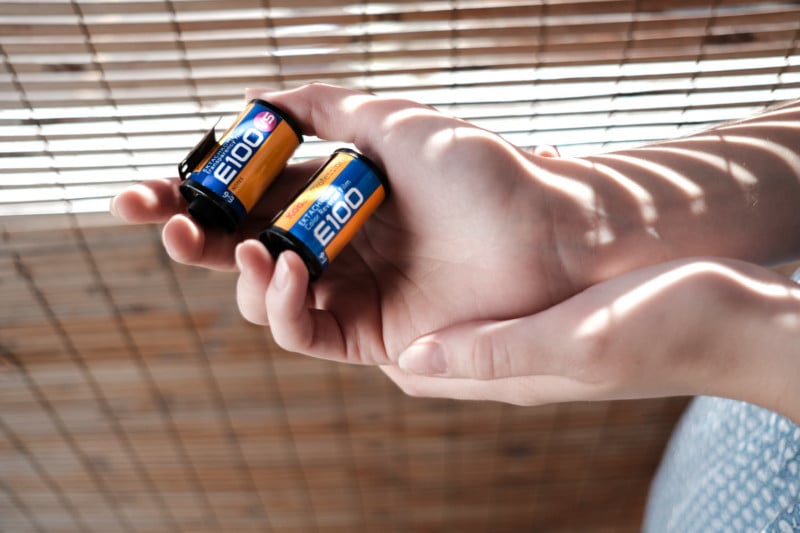 I recently did a comparison between old and new Kodak Ektachrome E100 film. But first an amusing story about how these two rolls met.

Long story short: I left my job at a film lab to reconnect with someone I have loved for many years and haven’t seen for the last two. Just as I was retiring, new Ektachrome was making its return to the shelves. On my way out I was fortunate enough to grab one at staff price, eager to trial it.

When I reunited with Anna in Taipei, turned out she had a roll too, gifted to her by Horatio of Street Silhouettes. We hadn’t planned for it, but this serendipitously presented a perfect opportunity to make a comparison of old versus new E100. And since Anna’s roll had been “marinating” for at least 5 years (2013 was the year it was discontinued), it gave us a look at how this transparency film stands up past its shelf life. 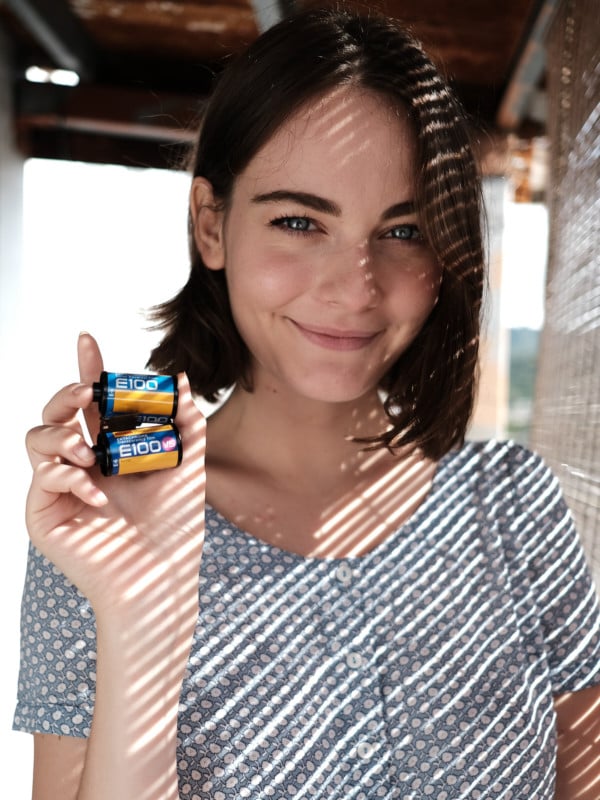 So I loaded mine into my Zeiss Ikon ZM with a 35mm Summicron lens and Anna shot the expired roll with her Contax T3. Both cameras have the same focal length and we tried to frame our shots from the similar angles.

We mostly shot at f/2.8 (although the Summicron goes to f/2, to maintain the same settings in both tests) because even with perfect weather in Taipei, 100 speed is still pretty slow. Well, for me at least, I’m sure someone who grew up shooting Kodachrome 25 would think otherwise.

Slide film metering needs to be dead on — just being one stop out can completely blow highlights or destroy shadow detail — so it’s far less forgiving than the dynamic range of C41. I learned from this test that it’s best to err on the side of slight underexposure, maybe a quarter stop, when presented with extreme contrasts as some of my pictures came out completely blown out in the highlights. I had a few examples that simply didn’t make the cut because the light would change and my metering was just slightly off.

Also, when it came to editing the slides, old E100 needed a fair bit of love. We tried at first using the sliders and color adjustment in Lightroom, but it was too time-consuming to get it right. For a more accurate elimination of color cast, it is best to use an inverted color filter in Photoshop. A good tutorial for this can be found in this Photoshop Essentials article.

As you can see in these comparisons, even after editing old E100 exhibits a softer tone curve and lower contrast than the new. It is very difficult to get to true white without desaturating too much, and tweaking becomes a balancing act to retain the qualities you desire in the photograph while not losing others.

Editing the expired E100 reminded me of restoring old photos at the lab. Considering the cost and the amount of work, however, I probably would have only cross processed it if I didn’t have the new roll to compare it to.

Cross process Ektachrome renders some of the best results possible of all slide film, and it will hide its age better than E6 for expired rolls. From my experience with processing old E100 in C41, the film does not shift skin tones into unreal territory while making everything else look dreamlike.

After giving the restoration treatment, we just polished them up in Lightroom to provide a comparison to the raw scans. New E100 needed such little adjustment that it’s not worth showing the pre-edited shot for simplicity’s sake.

So what do I think of this new film? Well, it’s exciting to see that Kodak resurrecting old stocks, as more and more people are coming back to analog. That being said, it’s a strange choice to pick Ektachrome of all things. There are fewer and fewer places that process E6 these days, and well, we already have Provia for shooting transparency portraiture.

But maybe, just as P3200 TMAX was not truly a 3200 but a ‘push film’, Kodak believes this ‘E6’ film is really just a cross-process film for the mass consumer market, with the option of true process for professionals? I plan on seeing how new E100 renders under cross process in a follow-up comparison.

GoPro Moving Some Camera Production Out of China