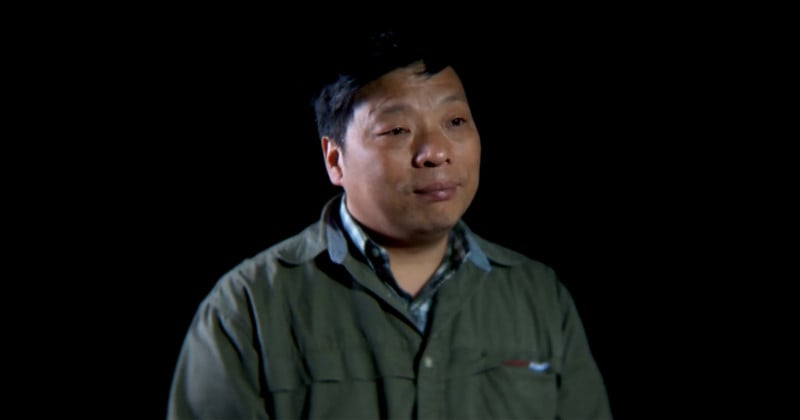 One of the most famous Chinese photojournalists has gone missing in China, and there are reports that he was arrested by government security officers.

Lu Guang, who has won some of photography’s most prestigious awards for documenting social issues in China, was visiting the Xinjiang region in northwest China when he was taken away, Lu’s wife Xu Xiaoli says.

The 57-year-old Lu had been invited to a photography event to “exchange ideas” and had arrived in the capital city of Urumqi on October 23rd. Xu lost touch with her husband on the evening of November 3rd, and she soon learned from contacts at the event that he had been taken away by local national security agents.

“Xinjiang, in far western China, has become notorious for its tight security controls and heavy surveillance and police presence,” BBC News writes. “The government is also sensitive to criticism and has detained reporters before who were investigating negative stories about China.”

“He has been lost for more than 20 days and as his most direct family member, I have not received any notice of his arrest,” Ms. Xu writes in a statement posted to Twitter. “I have repeatedly contacted Xinjiang police but have been unable to get through.”

“I am extremely anxious,” Xu writes in a different Tweet. “I hope he will return home safely!”

Lu has long had a contentious relationship with Chinese authorities due to his mission to bring public awareness to social, environmental, and economic issues plaguing China.

His photo series’ have tackled subjects such as “cancer villages” and birth defects caused by pollution, the effects of China’s rapid industrialization on its rural population, and AIDS in the province of Henan.

Lu has been recognized for his work with a number of top awards in the industry, including multiple World Press Photo awards (First Prize in Contemporary Issues in 2004), the W. Eugene Smith Memorial Fund in 2009, and a National Geographic Photography Grant in 2010. In 2005, he became the first photographer from China invited as a visiting scholar to the United States by the US Department of State.

Here’s an interview Lu did with World Press Photo for his prize in 2011:

“In China, it is difficult to report on social issues,” Lu states. “This includes many factors, for example the issues that I want to report. They’ve done something wrong and I need to point it out. So they try and stop us from shooting. I always get caught by them when I am taking photos. But usually I can deal with the situation with various tactics.

“Until now, nothing serious has happened to me.”

Making a Splash in Toy Photography