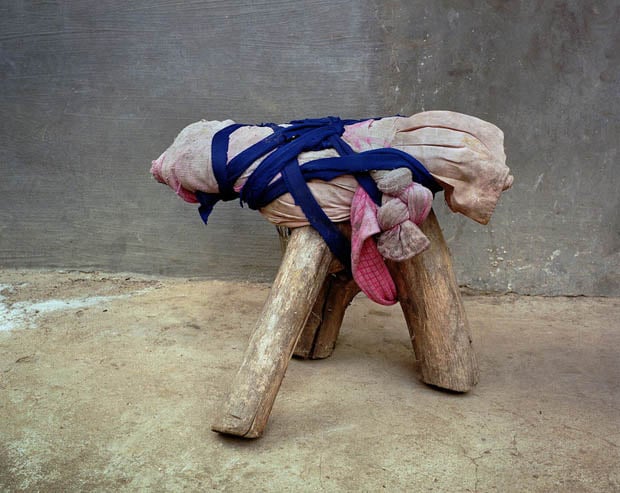 Photographer Michael Wolf began his career as a photojournalist in Hong Kong working for a German magazine. In the early 2000s, he turned to non-editorial photography with an unusual project called Bastard Chairs. Wolf had noticed that all over China, there were makeshift chairs that had been put together using whatever materials the owners could get their hands on. He began documenting these strange pieces of furniture, showing the creative ideas people in China had for sitting down.


The project seems harmless enough, but Wolf’s project wasn’t too popular with government folk. In an interview with Conscientious, he shares how the project actually got him into trouble:

[…] on several occasions someone called the police to try to have me arrested for ‘doing something which was harmful to the Chinese state’; my crime in this case was that I was making fun of the Chinese people because I was photographing broken down chairs. I was never actually arrested, but was detained twice for more than 6 hours in a public security bureau and questioned. Both times my films were confiscated.

Anyone who leafs through “Sitting in China” will recognize his images as portraits, not forensic studies — snapshots of folk resourcefulness rapidly giving ground to the official ethos that sees only embarrassing signs of backwardness in down-home know-how.

Here’s a selection of the photos in the project: 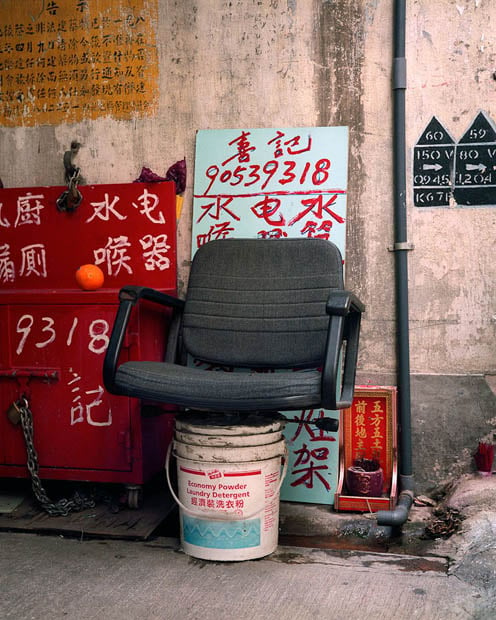 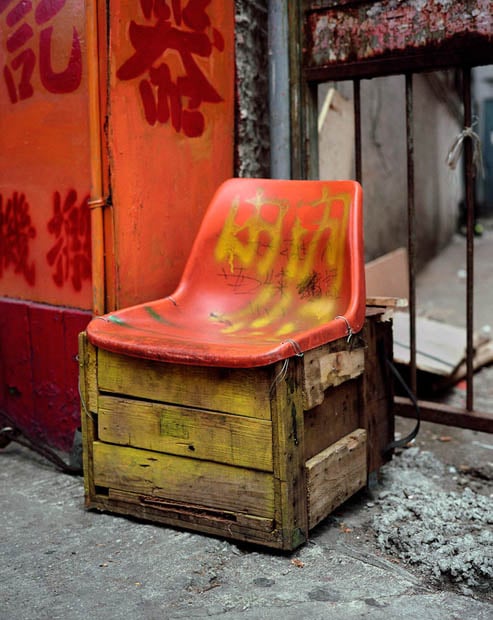 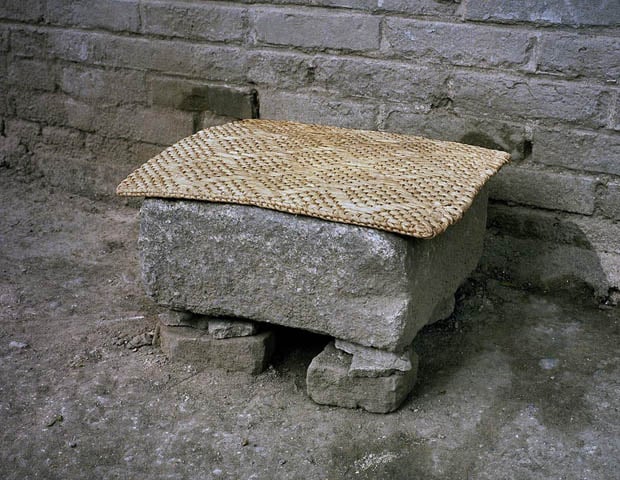 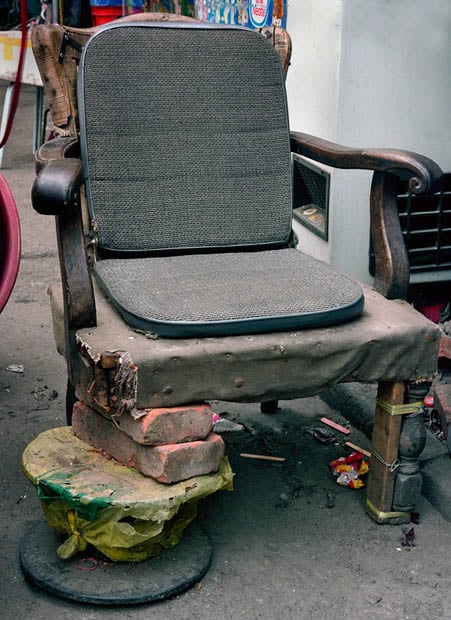 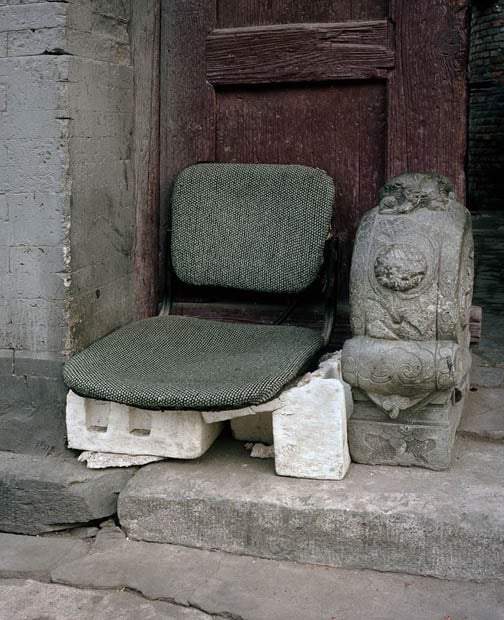 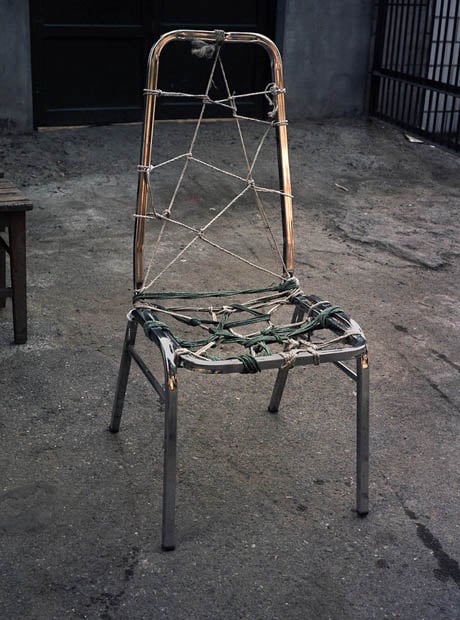 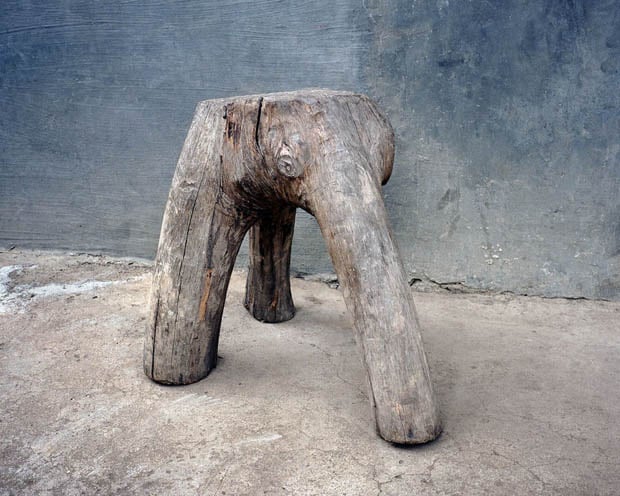 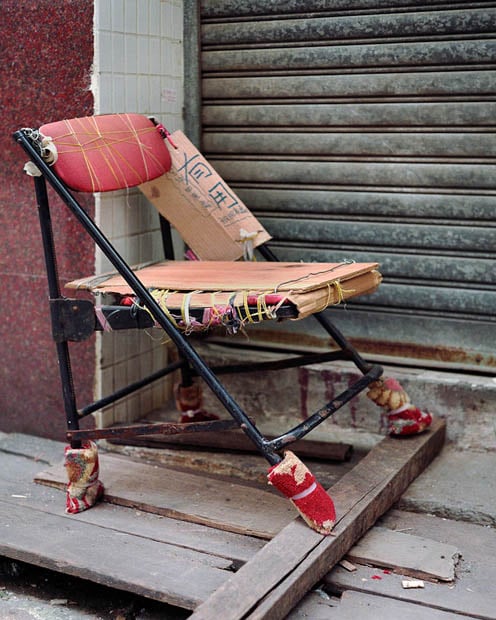 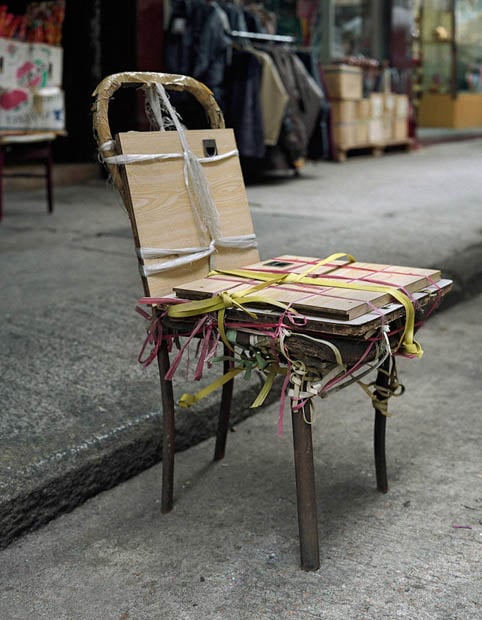 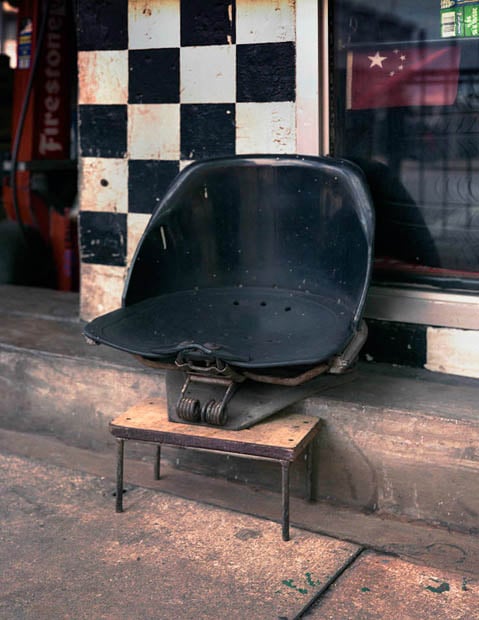 You can see the entire series of photographs over on Wolf’s website. They have also been published in a book titled, “Sitting in China.”

P.S. Wolf is the photographer who was awarded with an Honorable Mention at World Press Photo for a series of images curated from Google Street View.

Image credits: Photographs by Michael Wolf and used with permission